Dangerously high doses of radiation have been detected in or near the compounds of the quake-hit Fukushima No. 1 nuclear power plant in Fukushima Prefecture. Japan's worsening nuclear crisis will now be compared to the Chernobyl disaster in the former Soviet Union in 1986.

The Fukushima plant has six reactors. Of them, the No. 2 reactor has begun to release radioactive substances as the suppression pool connected to the reactor containment vessel was apparently damaged. The No. 1 and No. 3 reactors are also in a perilous situation with their nuclear fuel rods exposed out of cooling water.

An apparent hydrogen explosion has rattled the No. 4 reactor, whose operation had been suspended for inspection when the magnitude-9 earthquake struck March 11. Spent nuclear fuel rods kept in a pool with circulating water appear to have produced hydrogen. If they are exposed above water, then the dangers from the extremely strong radiation would hamper work to bring the situation under control. Now, four nuclear reactors standing in a line are simultaneously spinning out of control.

The immediate challenge is to cut off the sources of radiation leaks. The work is dangerous, but this is a fight against time to keep the contamination of the people and the land to a minimum. Japan's nuclear energy technology long accumulated through time and money must be fully utilized to support the efforts of Tokyo Electric Power Co., the plant's operator. To avoid exposure, action at an early stage is of vital importance. 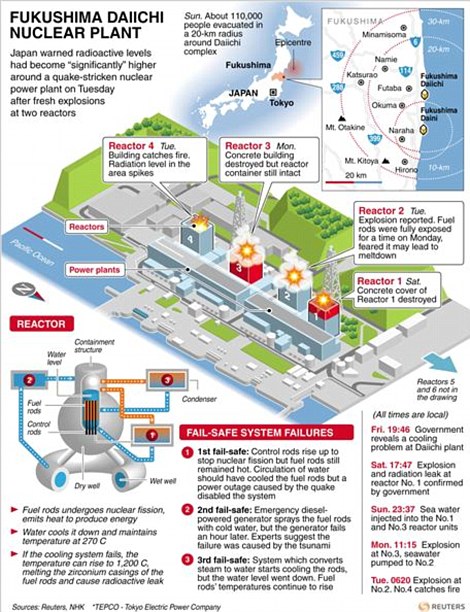 Radioactive materials are dispersed by the wind in tiny particles, comparable to invisible smoke or dust. People must pay attention to wind directions to avoid being caught in high concentrations of radioactivity.

The priority in evacuation must be put on children. The Chernobyl disaster showed that the risk of young children developing thyroid cancer is more than 100 times greater than that for adults. Society must share the idea that children should be the first ones protected from radioactivity. Many people must be finding it difficult to believe the news unfolding before their eyes.

The earthquake and tsunami of unprecedented scale in Japan may have caused this situation. But Japan should have developed nuclear energy not only with pride in its advanced technology, but also with cautiousness as a nation hit by atomic bombs.

This is a consequence of the history of Japan, which has placed nuclear power as a key pillar of its energy policy and enjoyed its benefits in the postwar period. Society as a whole must accept this consequence. People in areas battered by the killer temblor and tsunami need homes, food and energy. Many people have lost their loved ones. They must be supported by the entire Japanese society.

The resilience of Japanese society is being questioned. (Asahi) 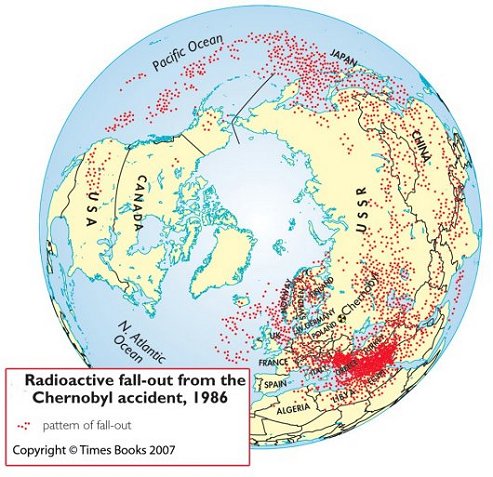 Due to the Tohoku-Chihou-Taiheiyo-Oki Earthquake, TEPCO's facilities have been seriously damaged.
Therefore, we are very sorry but have decided to implement rolling blackouts.
As for regional blocks and time periods planned to have rolling blackouts, please look at the following link.

Implementation plan of rolling blackout on and after Tue, March 15, 2011

-Starting and ending time of blackout periods may slightly differ.

-Depending on supply and demand conditions on the actual days, blackouts may occur at times which were not previously announced.

-We are taking all measures to restore power, however, we expect extremely challenging situation in power supply for a while. We kindly ask our customers to cooperate with us in reducing usage of power.

Taro Kono, a Japanese opposition politician, criticizes the government for not releasing information about the smoke above the Fukushima nuclear plant earlier. He tells the BBC that a three-hour delay in informing people has caused concern among the population. Prime Minister Naoto Kan said, "The level seems very high, and there is still a very high risk of more radiation coming out."

Levels had spiked to over 1,000 millisieverts, and that is the level at which people get radiation sickness. However, the levels fell, so the workers were allowed back into the Fukushima Daiichi nuclear complex.

Government officials report that the plan to pump seawater into reactors 1, 2 and 3 is going as planned, which is great news to the people and government who are hoping to avoid the complete nuclear meltdown.

At least 70 percent of fuel rods at one of the six reactors at Fukushima Daiichi were damaged in Friday's earthquake and tsunami. Since then workers and the Tokyo Electric Power Co. have been working furiously to avert additional disaster.

All the worry must be incredibly difficult for these brave nuclear plant workers who are risking their health no doubt. What they are doing is incredibly selfless, and surely they will be instrumental in preventing a complete nuclear meltdown in Japan in the wake of their twin natural disasters last Friday. The 9.0 magnitude earthquake and tsunami are enough for the haggard people to have to deal with. (GatherNews)

How bad is it? Depends on which nuclear expert you ask (CNN)

Exodus from a nuclear nightmare: Thousands flee as they question whether Japan's government is telling them truth about reactors (DailyMail)