Forest wildfires within the Chernobyl Exclusion Zone in Ukraine continue raging in the contaminated areas on Tuesday, April 14, 2020. While Ukrainian authorities said one fire burning in the zone was put under control and there are no threats of radiation, some locals and the head of the tour guide association stated otherwise.

"There is no threat to the Chernobyl nuclear power plant and the storage facilities," said Volodymyr Demchuk, a senior official from the country's emergency service.

"There are no open flames," he added, although there was still a "slight smoldering of the forest floor."

Mykola Chechotkin, head of the emergency services, said that background radiation in the exclusion zone remains within normal limits, noting that it is not increasing, but acknowledged as well that it would take several more days to extinguish the smoldering remains.

Chechotkin also remarked that the rain helped contain the blazes after it worsened due to stormy wind. Meanwhile, president Volodymyr Zelensky assured that he was closely following the situation and was "grateful for the courage" of the firefighters. 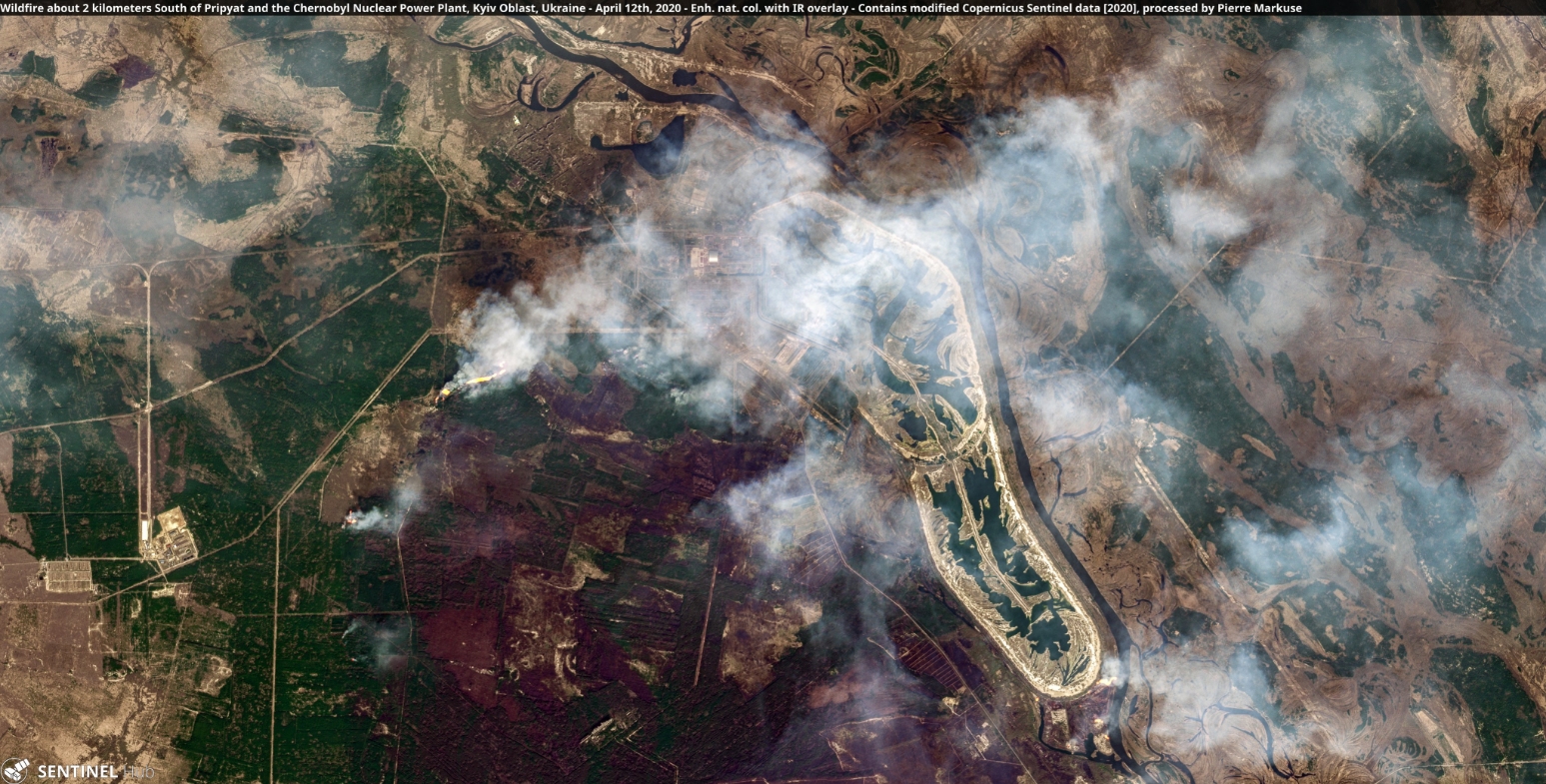 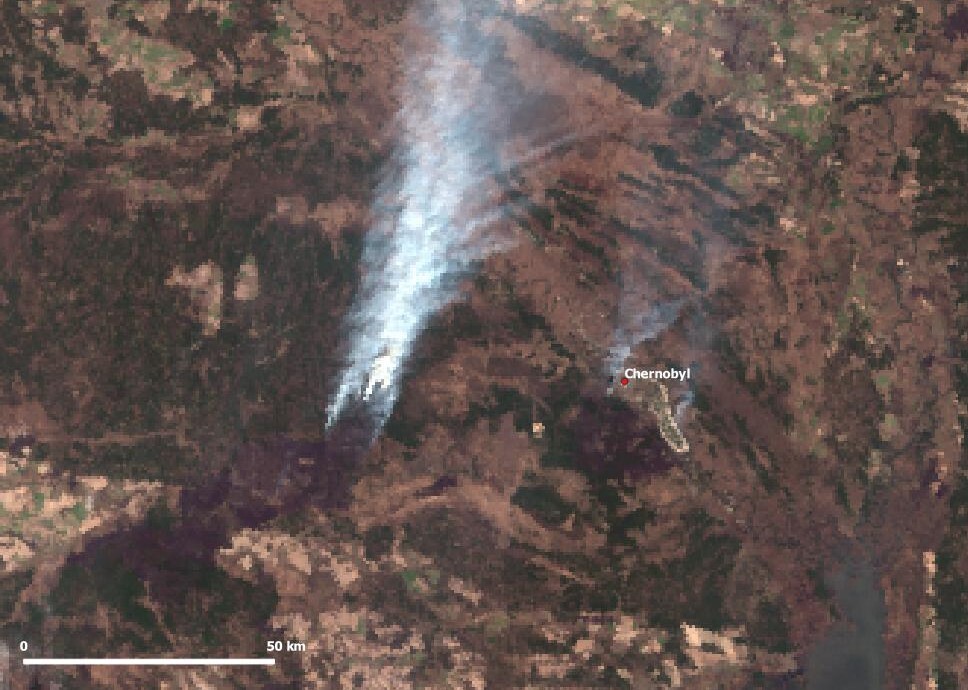 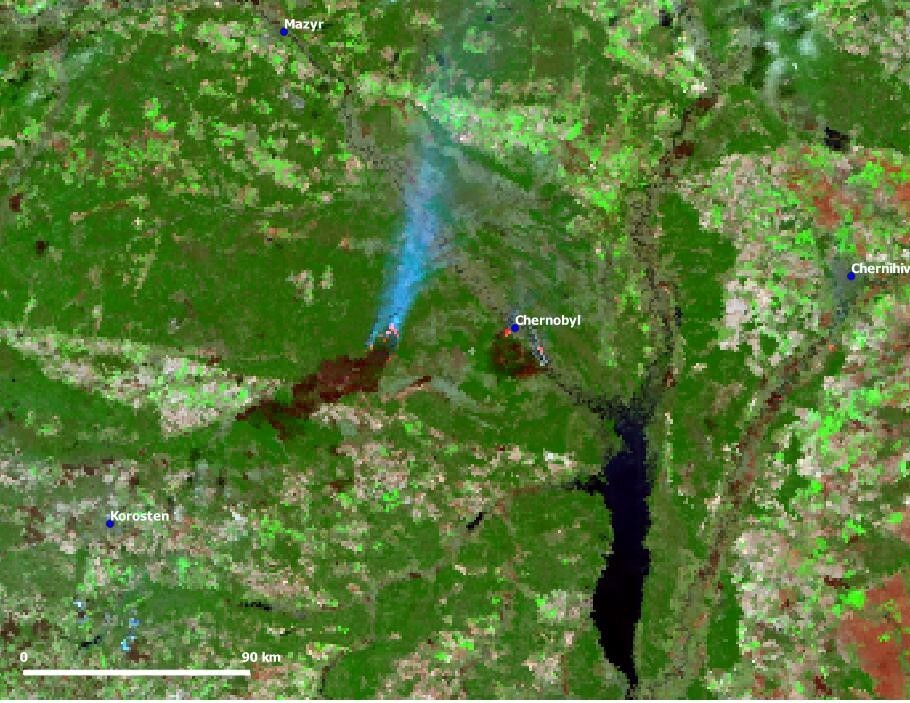 On the other hand, Sergiy Zibstev, head of the Regional Easter European Fire Monitoring Center, said the fire was "super-huge" and unpredictable. "In the west of the exclusion zone, it has already covered 20 000 ha (50 000 acres) by our calculations."

The emergency service has not yet provided current figures on the size of the fire, but government agencies insisted that the fire has not caused a rise in radiation levels.

According to locals, the fires were the largest ever to hit the area, and despite the deployment of more firefighters, the flames continued to rage.

On Monday, April 13, Yaroslav Yemelianenko, head of the Chernobyl tour guide association, said fires were now only about 1 km (0.6 miles) from the station itself, and about 2 km (1.2 miles) from a site that contains radioactive waste.

Yemelianenko described the situation as critical, accusing authorities of insisting that it was under control.

The rumours of the #Chernobyl fire are true; the fire is approaching the main buildings including the reactor. Here is video evidence; the whole situation is being monitored. #chernobylfire pic.twitter.com/2gtSJ3xFQp

Now the fire reached #Pripyat and is located two kilometers directly from the Pidlisnyy radioactive waste storage facility, which houses the most highly active radiation waste of the entire #Chernobyl zone and from the Chernobyl NPP pic.twitter.com/nge1lHVleP

"The situation is critical. The zone is ablaze. The local authorities report that everything is under control, but in fact, the fire is rapidly spreading across new areas."

He appealed to the president and other senior officials to intervene, comparing how Soviet authorities responded to the situation in 1986 who initially concealed the fire's severity.

"I have two possibilities for what’s going on: either the Cabinet is not being told the real situation or they’ve chosen the Soviet policy of hushing it up, as they did in '86," he wrote.

"This is the biggest fire in the history of the Chernobyl Exclusion Zone," he also told the media.

Olena Gnes, a guide working at Yemelianenko's company, said although radioactive particles are threats, the main concern is the destruction of the zone's environment, as well as the abandoned facilities there. But still, some amount of cesium will be released into the air, it will be higher than usual."

"The biggest concern is that we are losing our heritage," she continued. "For us, the Exclusion Zone is an open-air museum. It’s one of the biggest natural reserves in the [entire] Europe. So it’s a big tragedy that this nature is now being so damaged."

Gnes also noted that local contacts told her the fires were burning in parts of the Red Forest– an area that rapidly died when 1986 explosion turned pines red. The trees have eventually grown back, but the soil remained contaminated.

The head of the state ecological service, Yegor Firsov, earlier wrote on his social media that the levels at the center of the fire were higher than normal, but later withdrew the claim.

Research shows that fires in heavily contaminated areas can resuspend radioactive elements in smoke plumes, which can then get carried across long distances.