A large forest fire broke out in Ukraine's Luhansk region on Tuesday, July 7, 2020, killing at least four people and destroying 110 residential properties. The fire was placed under control on  Wednesday morning, July 8, with regional authorities pointing arson as the probable cause behind the incident.

The fire has engulfed about 85 ha (210 acres) of forest land. More than 360 firefighters and 85 units of firefighting equipment were sent to the scene.

The State Emergency Service said about 80 country houses and 30 residential buildings were destroyed in the fire. Up to 22 people sustained injuries and were taken to the hospital. 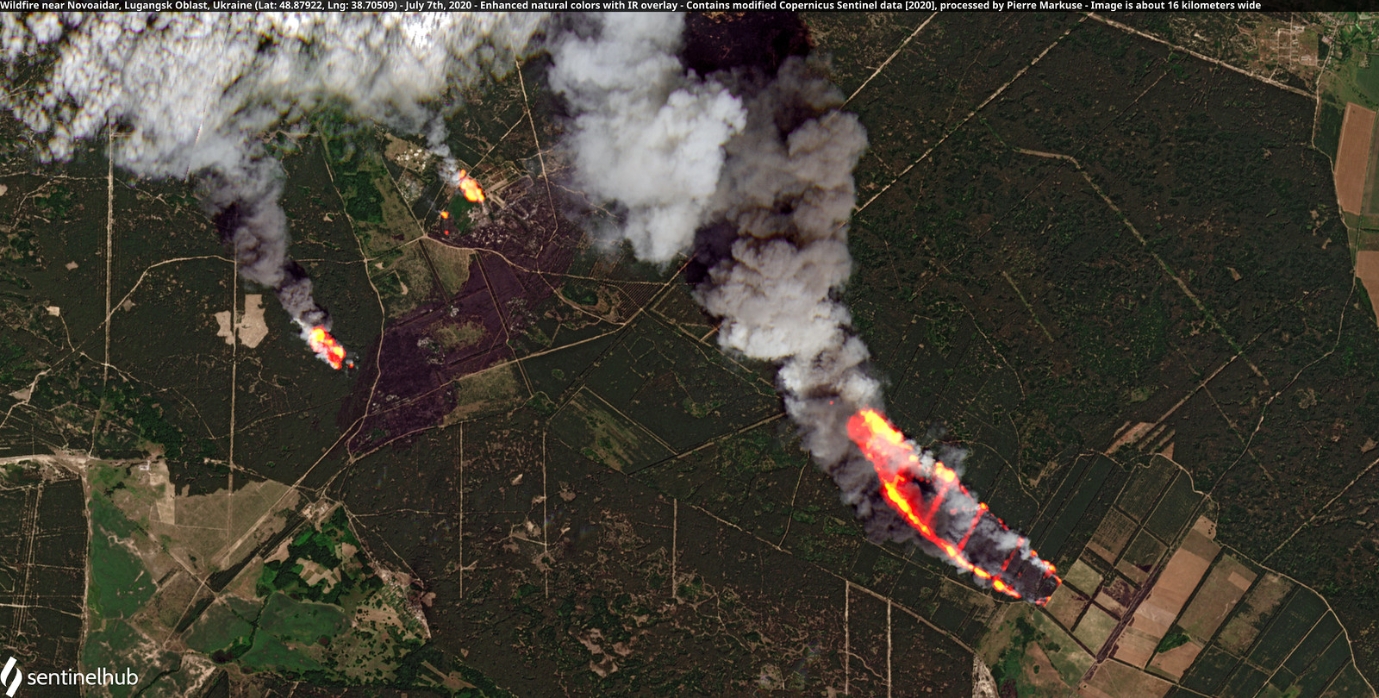 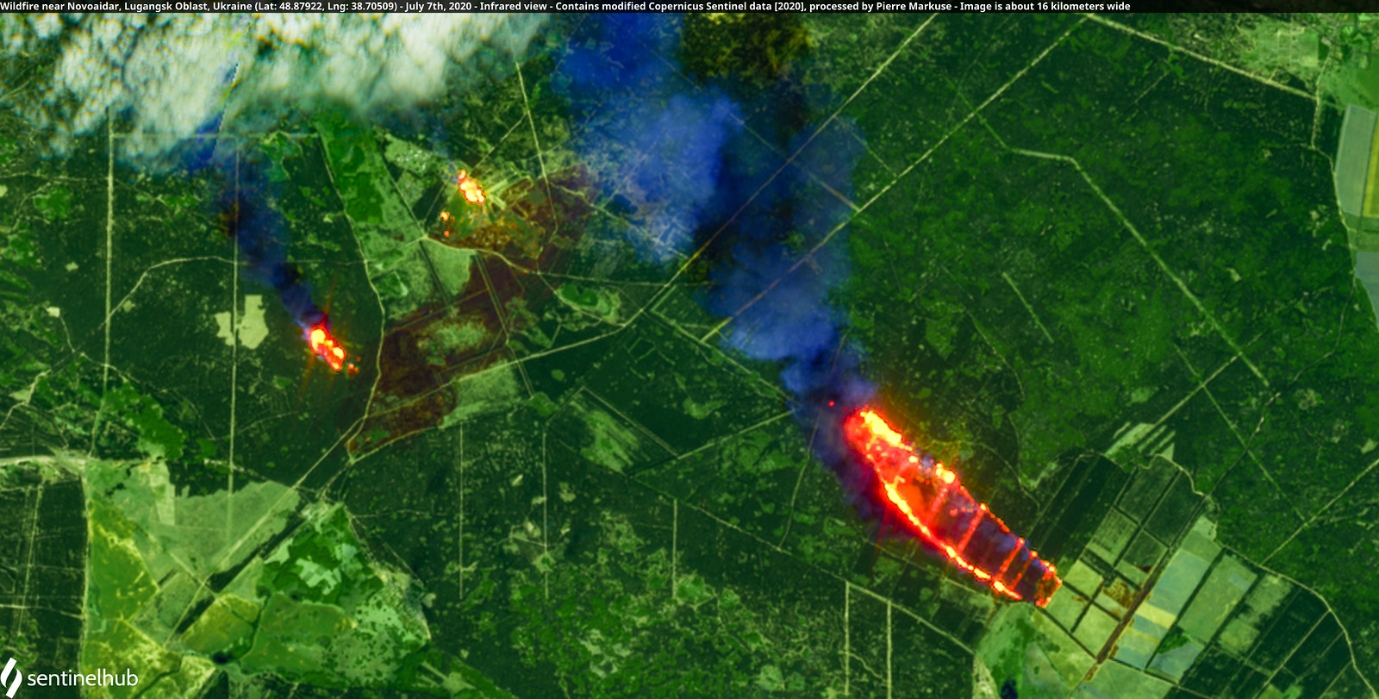 "Currently, we have information that five people died, but it is incomplete information. I believe that we will have 100 percent information until the end of the day," the president stated.

Zelensky had a briefing regarding the compensation for affected people in the region, with the cabinet of ministers set to allocate financial aid.

As of Wednesday morning, rescuers have retrieved three bodies during the elimination of fire, while one person passed away in the intensive care unit.

According to the Patrol Police of Luhansk Region, the situation has since been controlled after the police, rescuers, medical professionals, and other teams worked all night.

Patrolmen are still on the affected areas to "ensure public safety and prevention of looting."

Luhansk governor Serhiy Haidai pointed arson as the probable cause behind the wildfire.

"When the fire is spreading along the tops [of the trees], I've just witnessed that the entire forest has caught fire within one and a half to two minutes."