Wildfires fueled by strong winds are burning within the Chernobyl Exclusion Zone in northern Ukraine since April 4, 2020. Radiation levels near the Chernobyl nuclear reactor have reportedly spiked to well above normal as the fires tore through the irradiated forests.

The fires are attributed to relatively dry conditions in Ukraine, following a warm winter that did not bring sufficient precipitation and snow cover. On April 6, authorities have more than doubled the number of firemen responding in the area to more than 300.

By Thursday, April 9, the police evacuated residents from the village of Poliske, which is located within the zone.

The image below shows a wildfire 3 km (1.8 miles) south of Pripyat and the Chernobyl Nuclear Power Plant on April 10. The image was processed by Pierre Markuse: 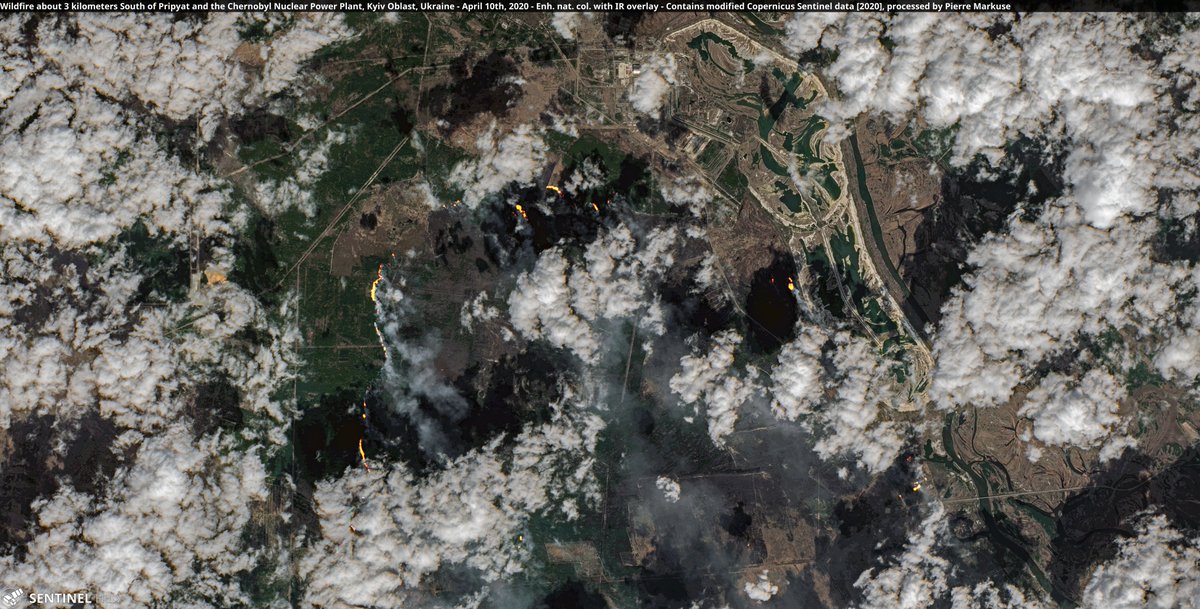 This one shows it on April 9: 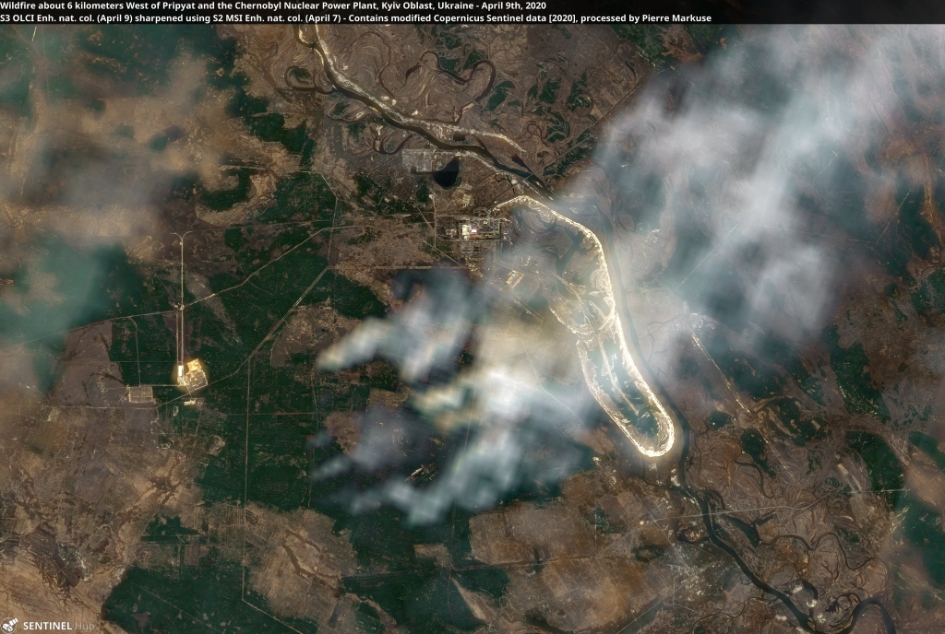 Egor Firsov, a senior environmental official, said the radiation in the area was 16 times above normal background levels.

In a police statement, a 27-year-old resident is said to be under investigation for allegedly triggering at least one of the fires. The man was reportedly burning grass and was unable to contain the fire due to strong winds.

"The problem of setting fires to grass by careless citizens in spring and autumn has long been a very acute problem for us," said Firsov. "Every year we see the same picture– fields, reeds, forests burn in all regions." 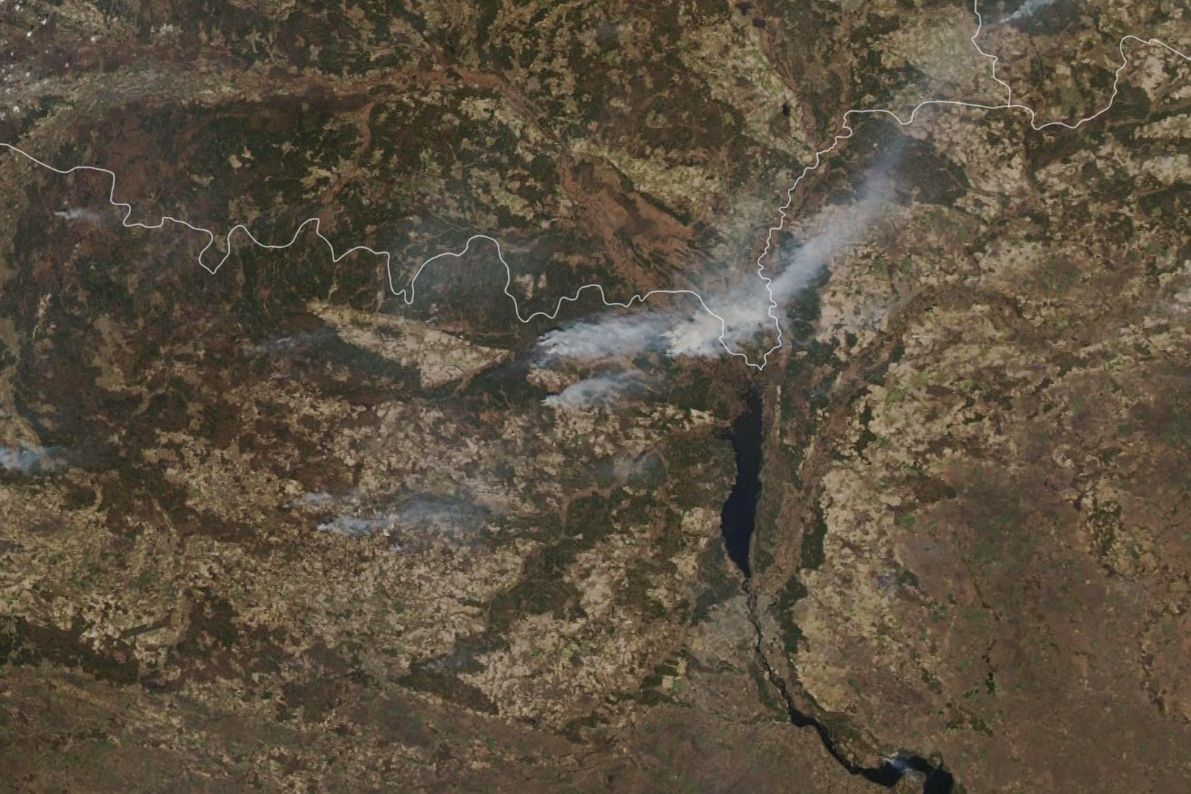 In another image taken on April 8, the smoke is seen spreading toward the capital city of Kiev, about 100 km (62 miles) to the south. 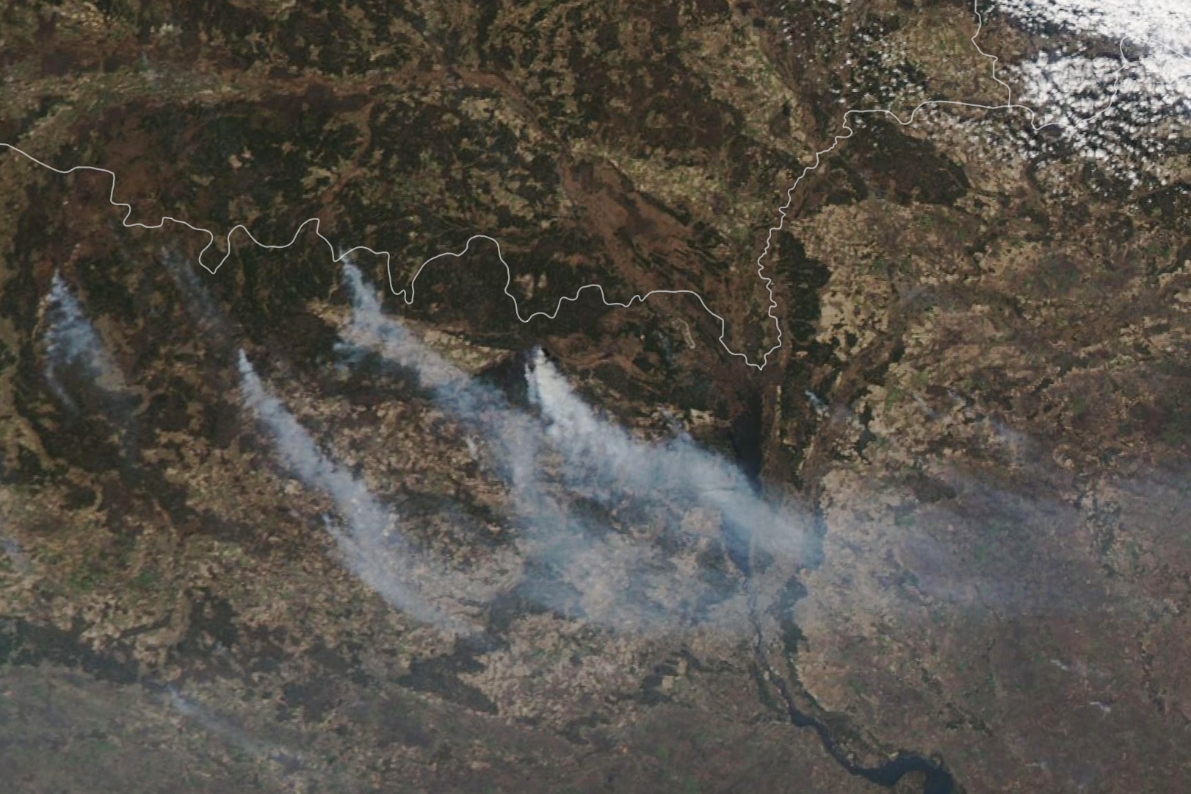 In 1986, the soils and forests of the exclusion zone, which spans around 2 600 square km (1 004 square miles) were contaminated by radioactive fallout from the Chernobyl nuclear accident.

Although fires in the exclusion zone are not uncommon, the intensify of the blazes has increased over the years as more grasslands have recovered.

Fires in heavily contaminated areas can resuspend radioactive elements in smoke plumes that then get carried across long distances.EO 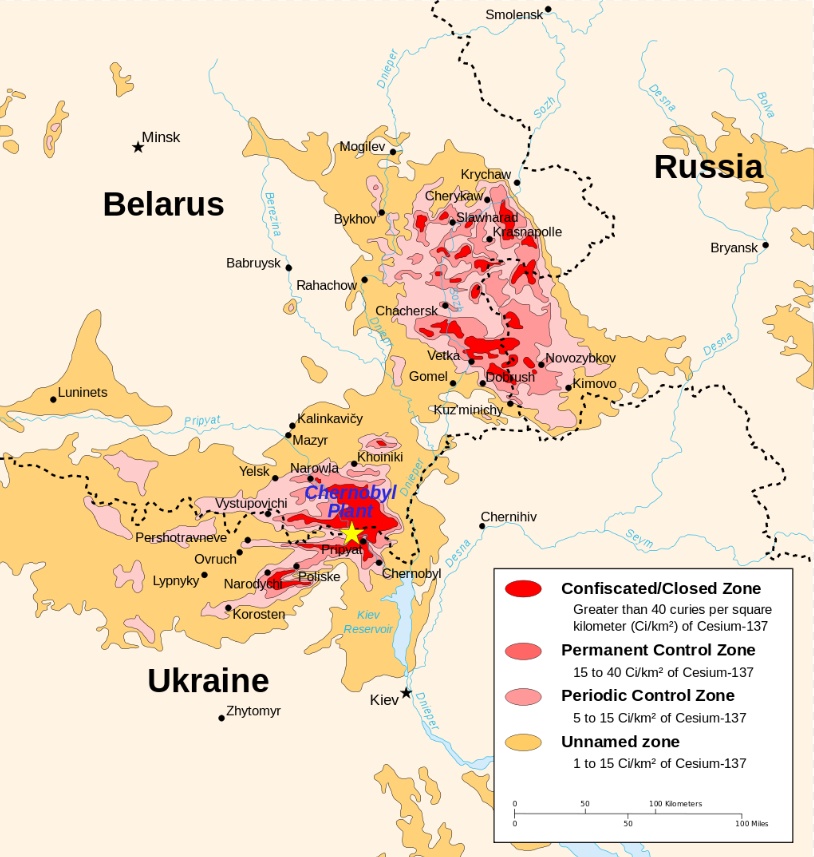 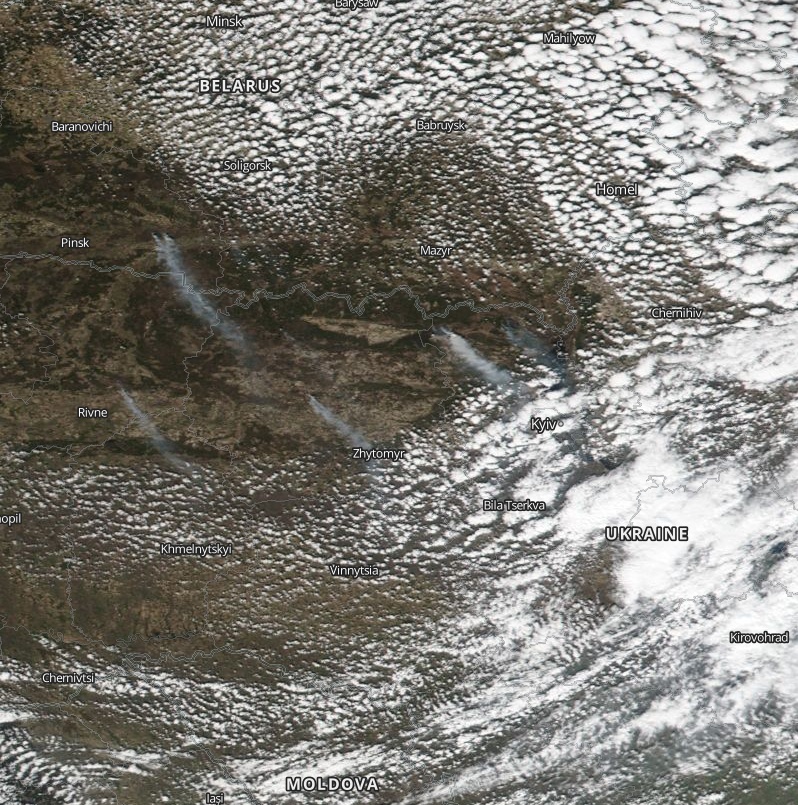 The same image zoomed in: 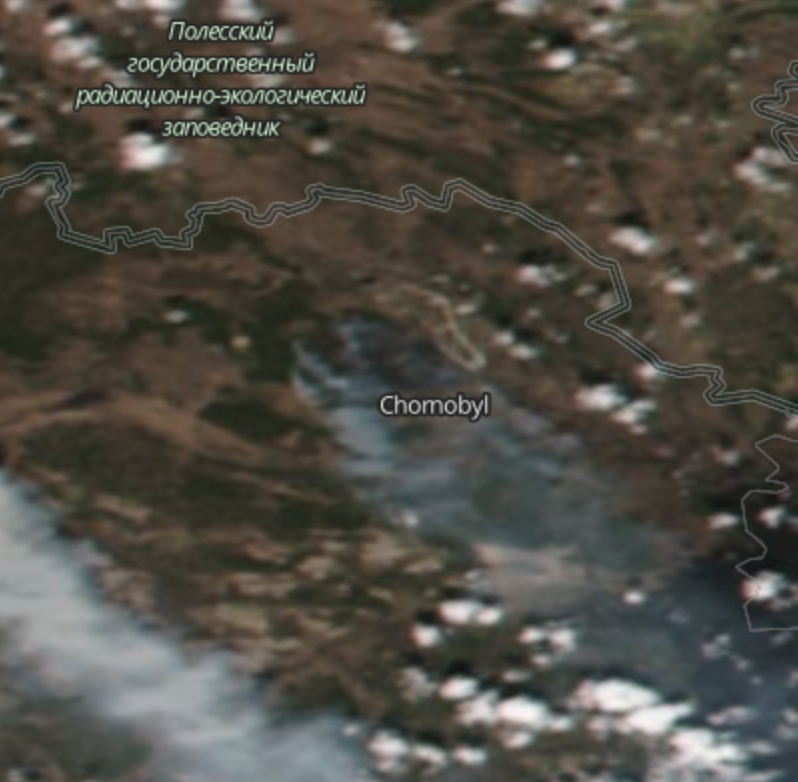 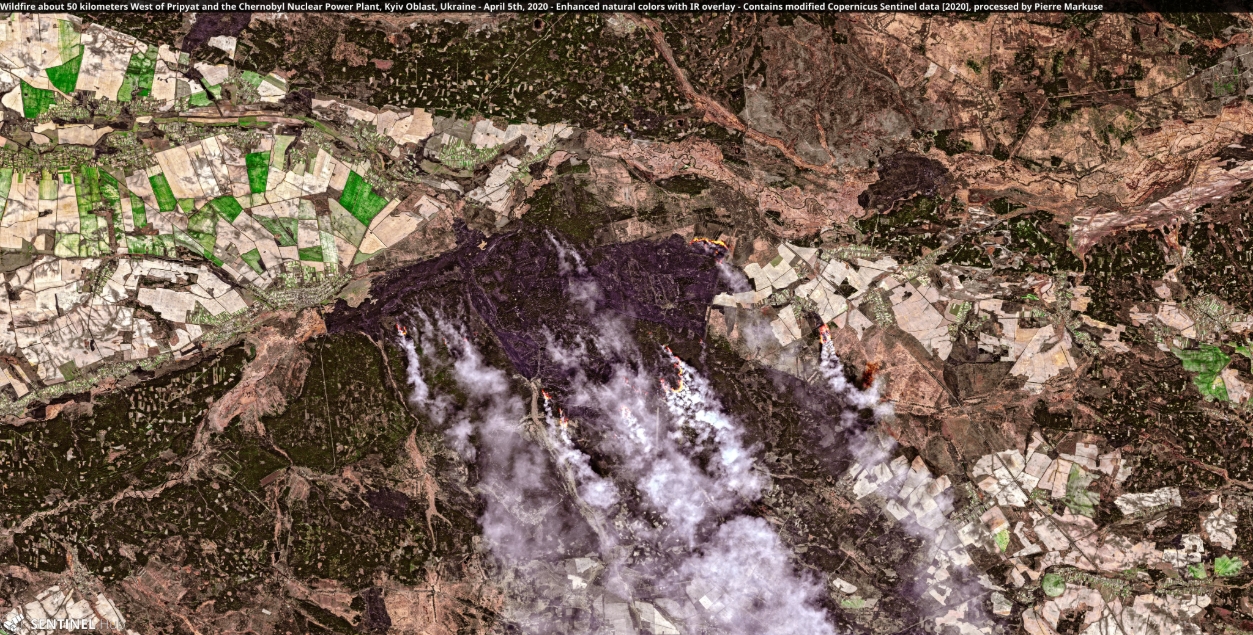