Flooding concerns have been raised in British Columbia after a report by the River Forecast Center showed some parts of the Interior have an extremely high snowpack.

The snow basin index for the Fraser River is reportedly 116 percent, with high snowpack levels in the major tributaries. The provincial snowpack usually reaches its maximum level in mid-April.

Major changes to the current snowpack are not expected. However, continuous cold weather may result in a delay in the snowmelt season, leading to increased seasonal flood risks. 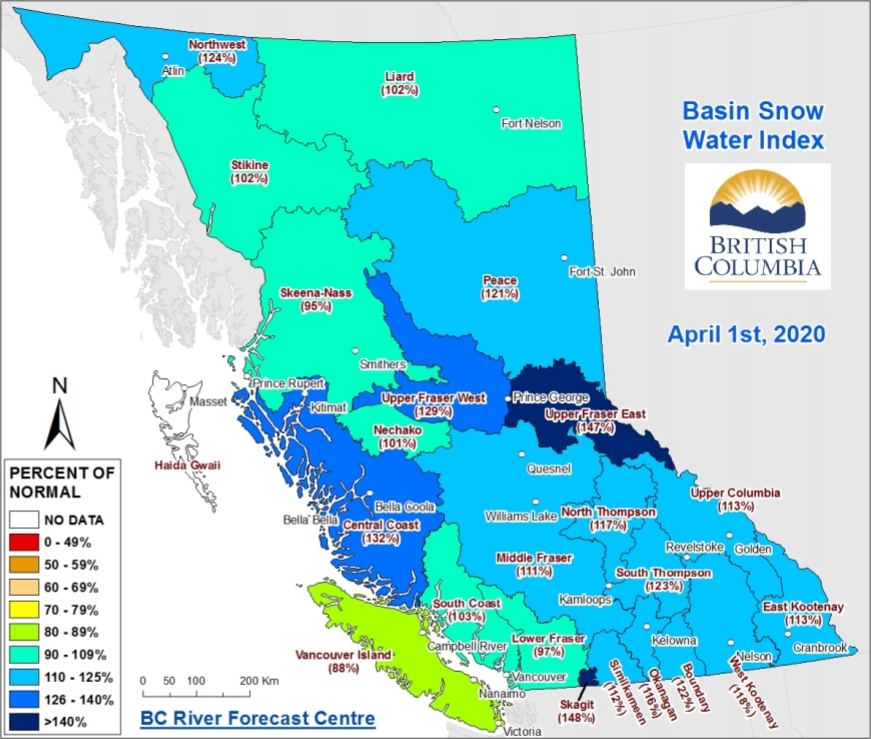 Inundations may be on the scale of the 2018 spring floods, when more than 400 residential areas were affected in the Kootenay-Boundary Regional District, with the majority in Grand Forks, B.C.

"The worst-case scenario is that we have cold temperatures through April and then a sudden heatwave at some point in May for anywhere from seven to 10 days, followed by heavy rainfall," Jonathan Boyd explained, a hydrologist with the B.C. River Forecast Center. "It's exactly what happened with Grand Forks and the Kettle River and Granby River [in 2018]."

With this, authorities have started preparing for flooding potential, as well as adapting their plans for managing evacuations during the COVID-19 pandemic.

"When people do come to a reception center they will be met at the driveway and advised to stay in their car," said Sandra Follack, a program coordinator with the Central Okanagan Emergency Operations (EOC). "They will be given a number and they won't come out of their vehicle until their number is called."

The City of Kamloops has also been preparing its flood response for months, said utility services manager Greg Wightman.

Boyd also explained that a high snowpack in some regions in the Canadian province does not mean flooding will occur. "It just comes down to the weather. Unfortunately, we haven't got the ability to predict whether past about seven days."