Another strong eruption occurred at Indonesia's Anak Krakatau volcano on April 13, 2020, three days after a powerful magmatic eruption when the volcano spewed volcanic ash up to 14.3 km (47 000 feet) above sea level. As of Wednesday, April 14, the Aviation Color Code remains Orange.

The volcano, located in Sunda Strait, West Sumatra, is emitting gas and steam, possibly small explosions too as it remains active. It also shows an almost constant glow at night.

On Tuesday, April 13, a strong explosion occurred at around 13:54 UTC (20:54 LT). The eruption was recorded on a seismogram with a maximum amplitude of 40 mm and duration 54 seconds. 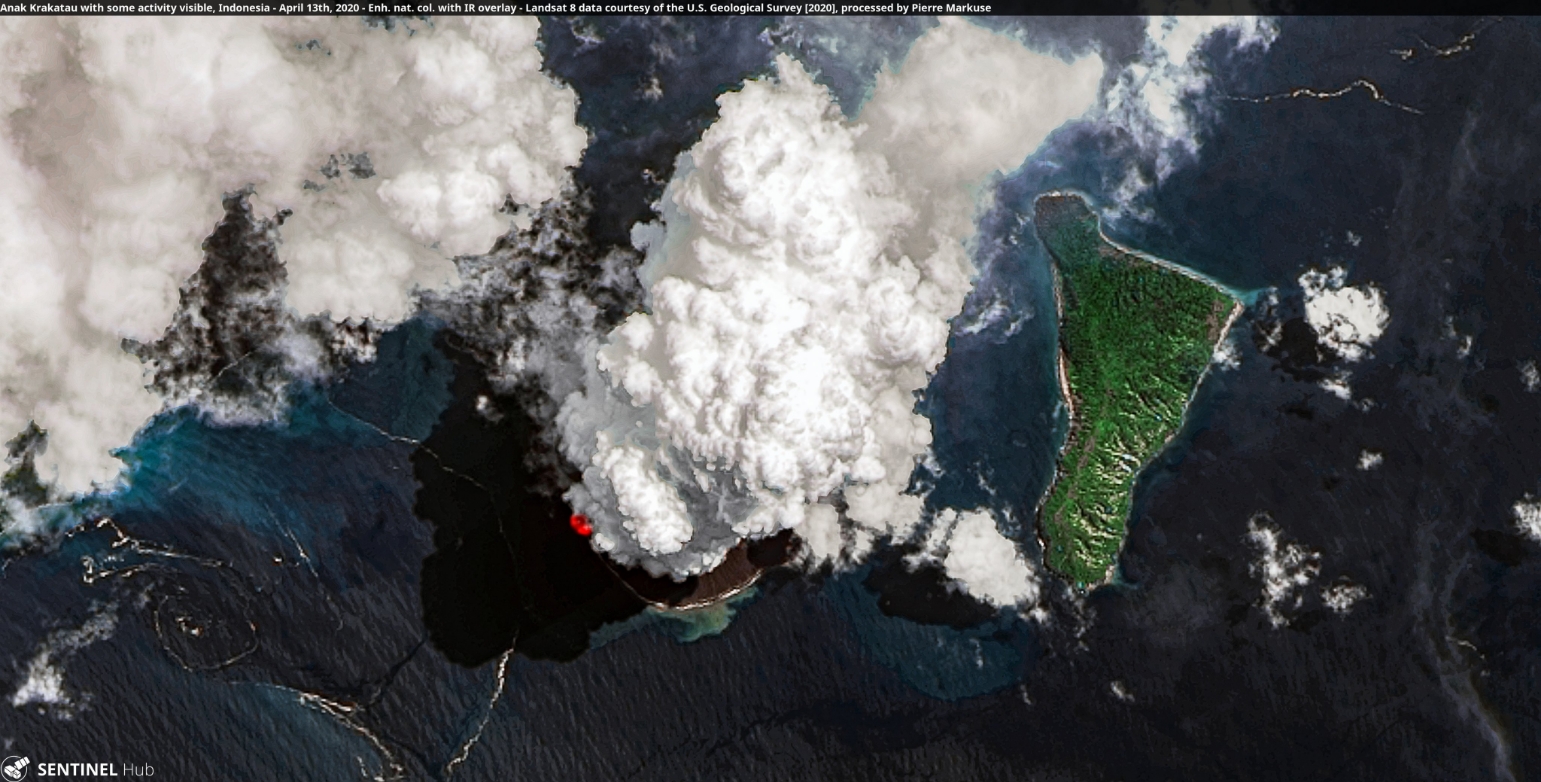 This was likely a Vulcanian-type event– a type of volcanic eruption characterized by a dense cloud of ash-packed gas blowing up from the crater and rising high above the peak, Dr. Tom Pfeiffer of Volcano Discovery noted.

The activity intensified as the volcano entered its paroxysmal phase around late August, and then by August 26, a black cloud of ash was seen as high as 27 km (88 000 feet). Four big explosions followed on August 27.

According to the GVP, pyroclastic surges traveled 40 km (25 miles) across the Sunda Strait and reached the Sumatra coast. The caldera collapse during the catastrophic 1883 eruption destroyed Danan and Perbuwatan and left only a remnant of Rakata.

A year following the eruption, the average summer temperatures in the Northern Hemisphere dropped by 0.4 °C (0.72 °F).

The eruption injected an unusually large amount of sulfur dioxide (SO2) gas high into the stratosphere, which was subsequently transported by high-level winds all over the planet.

This led to a global increase in sulfuric acid (H2SO4) concentration in high-level cirrus clouds. The resulting increase in cloud reflectivity (or albedo) reflected more incoming light from the Sun than usual and cooled the entire planet until the sulfur fell to the ground as acid precipitation.

Skies were darkened across the world for years after the explosion, producing spectacular sunsets for months. The Moon reportedly appeared green and blue at times.

After a quiescence of less than a half-century, the post-collapse cone of Anak Krakatau was constructed within the 1883 caldera at a point between the former cones of Danan and Perbuwatan. Frequent eruptions were reported at the volcano since 1927 (VEI 1 to 3).

After a quiescence of less than a half-century, the post-collapse cone of Anak Krakatau (Child of Krakatau) was constructed within the 1883 caldera at a point between the former cones of Danan and Perbuwatan. Anak Krakatau has been the site of frequent eruptions since 1927. (GVP)