POLSTRAC campaign initiated by the Karlsruhe Institute of Technology (KIT) was actively engaged in measurements in Arctic since the end of 2015. The research team has observed vertically extended polar stratospheric clouds, in unusually low regions of the stratosphere, covering vast areas of Arctic. The redistribution of reactive nitrogen and signs of chlorine activation were also detected. All these conditions indicate a severe ozone depletion may occur over the next few weeks.

The Arctic stratosphere was unusually cold throughout this winter. Chemical reactions that happen on the surfaces of polar stratospheric clouds transfer the passive chlorine compounds into reactive compounds, which can then trigger the stratospheric ozone depletion. 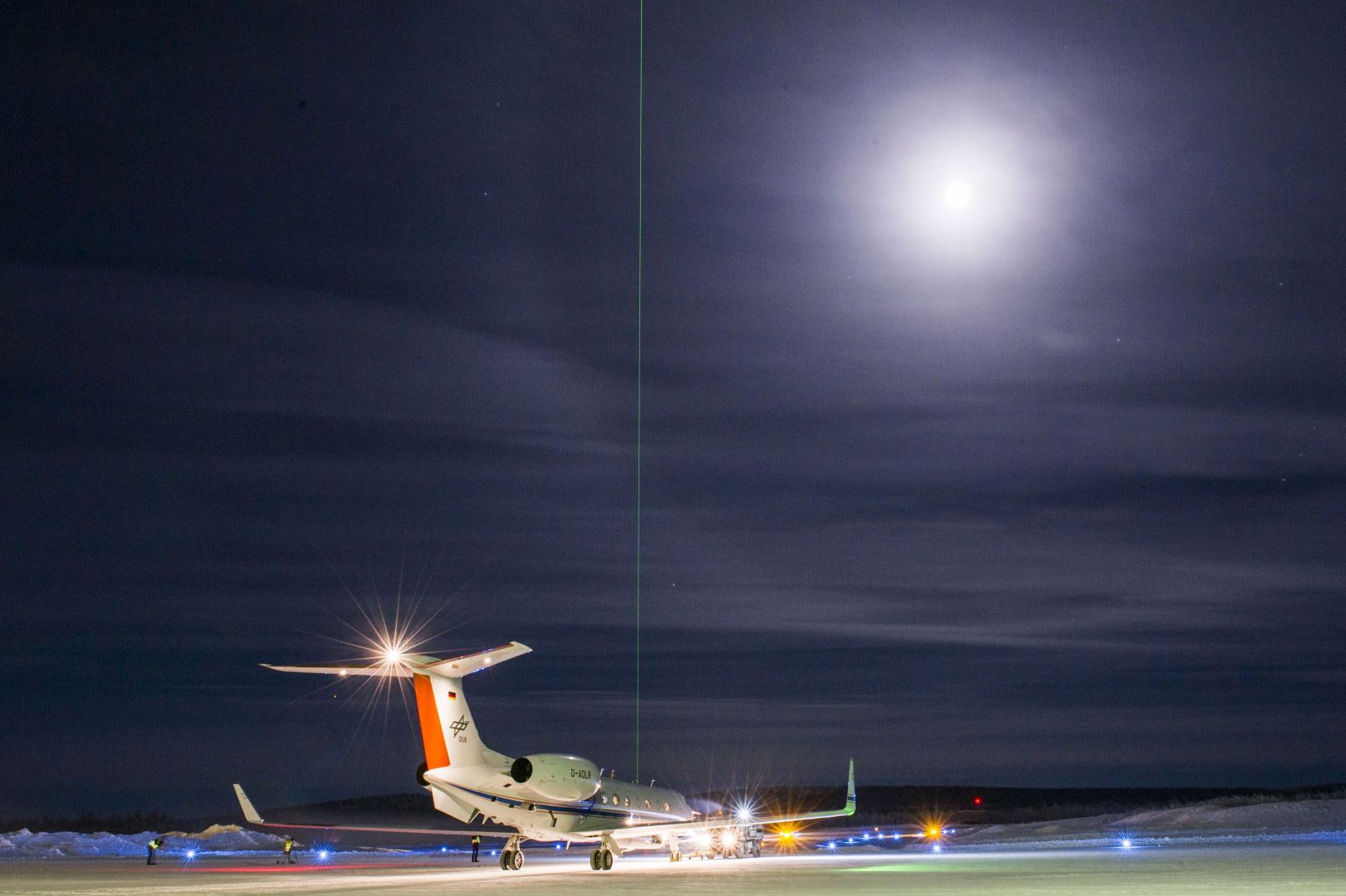 "For a period of several weeks, wide areas of the Arctic were covered by polar stratospheric clouds between about 14 and 26 kilometers height. Such conditions are more likely in the Antarctic ozone hole than in the typically much warmer Arctic," said Björn-Martin Sinnhuber from the KIT, one of the coordinators of the POLSTRACC measurement campaign.

Cloud particles can descend and withdraw reactive nitrogen from the chlorine-activated layer. Consequently, ozone depletion is enhanced or extended, as active chlorine is one of the main substances responsible for the destruction of ozone. The re-distribution of reactive nitrogen and signs of chlorine activation were already observed earlier in the winter, during measurement flights. 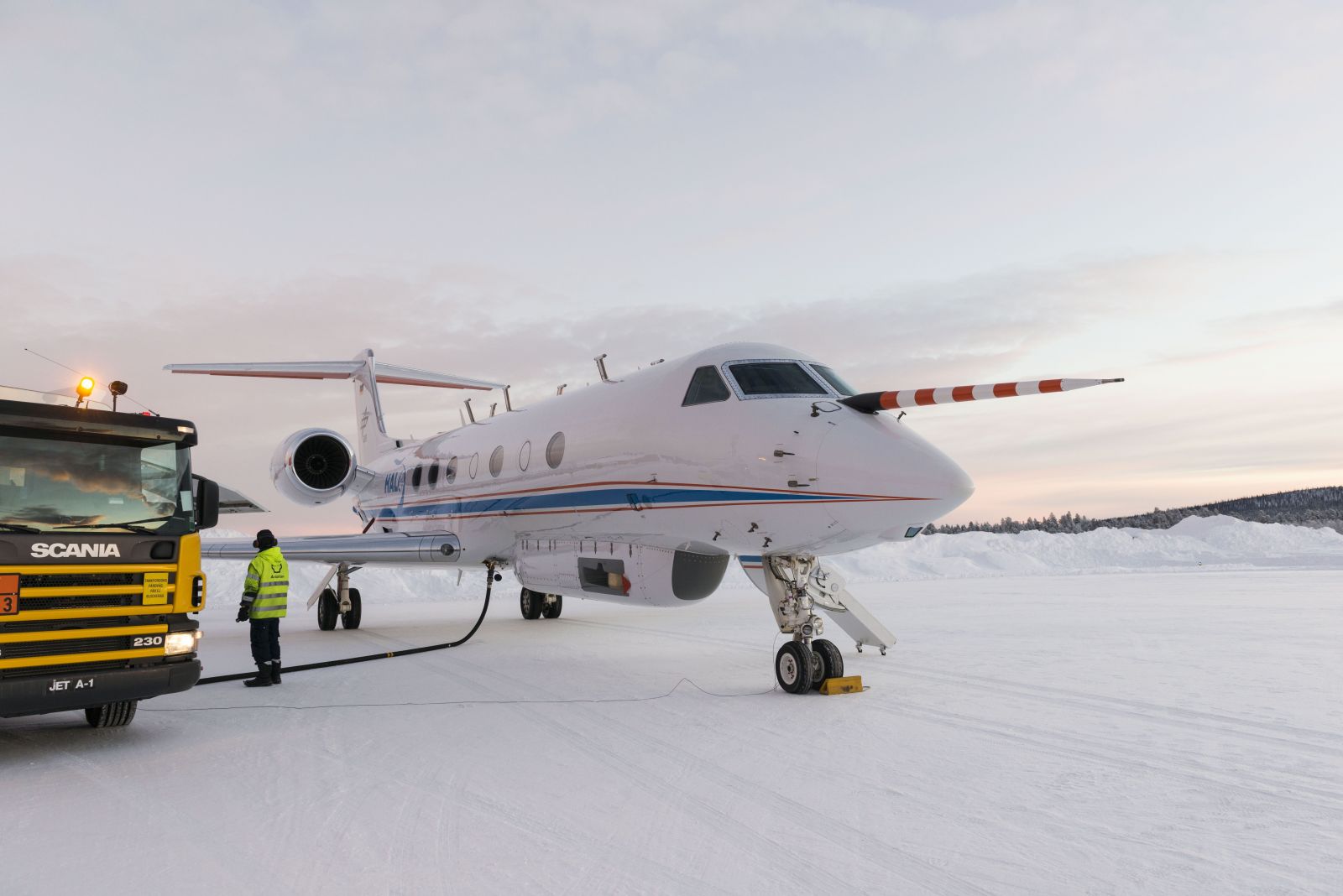 Refueling for the next flight: from early January to early February, the first measuring phase by the Swedish Kiruna ran out, Phase two follows from the end of February. Image credit: Laila Tkotz, KIT

An ozone hole forms every spring above the Antarctic because the stratospheric conditions are very cold. However, strong ozone depletion above the Arctic was only observed during a few cold winters.

"We were very much surprised to find polar stratospheric clouds down to heights of about 14 km," Björn-Martin Sinnhuber said.

"These are conditions we know from the Antarctic, but they are highly unusual in the Arctic," Hermann Oelhaf explained.

Ozone depletion is caused by chlorine and bromine substances emitted in the form of chlorofluorocarbons (CFC) and other substances in the past decades. The production of these substances has been regulated and prohibited for more than 20 years by the Montreal Protocol and further international agreements on the protection of the ozone layer.

Despite that, ozone depleting substances decompose very slowly, and previous emissions will remain in the atmosphere throughout the coming decades. Chlorine and bromine have a particularly high ozone-depleting effect when very cold conditions span over a longer time period.

"This is where climate change comes in: While the increase in greenhouse gasses leads to the warming of atmospheric layers close to the ground it causes a cooling of the stratosphere. And this may cause massive ozone depletion even in the case of reduced loads of chlorine and bromine," Oelhaf said.

To what extent climate change due to the emission of greenhouse gasses may favor the formation of an "ozone hole" in the Arctic stratosphere, is an important topic of the POLSTRACC campaign.

A group of researchers is set to return to the Arctic in the last week of February to monitor further development until mid-March. 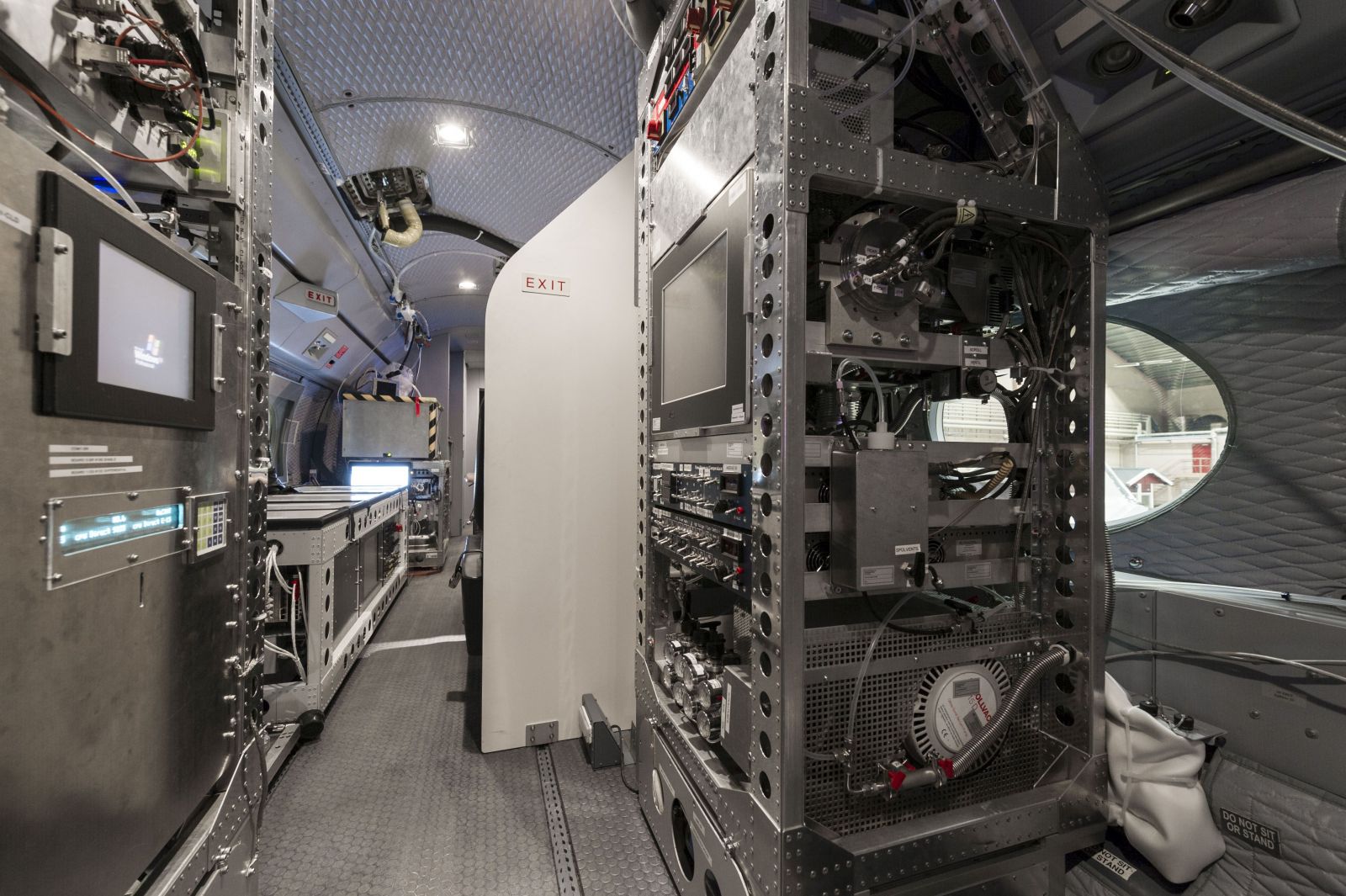 "Then, it will turn out whether the conditions observed now really lead to a strong ozone depletion or whether a currently observed warming of the stratosphere will prevail and may mitigate ozone depletion this winter," Sinnhuber explained.

Part of the research will also focus on studying to what extent chlorine-activated and ozone-depleted air masses will make its way into the densely populated middle latitudes.

The Polar Stratosphere in a Changing Climate (POLSTRACC) campaign is carried out with the HALO research aircraft from Germany. The German Aerospace Center (DLR), Forschungszentrum Jülich (FZJ), the Universities of Frankfurt, Mainz, Heidelberg, Wuppertal, and the Physikalisch-Technische Bundesanstalt (PTB), national meteorology institute of Germany are all partners in the campaign.

Featured image: Refueling for the next flight: from early January to early February, the first measuring phase by the Swedish Kiruna ran out, Phase two follows from the end of February. Image credit: Laila Tkotz, KIT