Sky watchers are observing an outbreak of polar stratospheric clouds or PSCs around the Arctic Circle, SpaceWeather reports. Unlike normal grey-white clouds, which hug Earth's surface at altitudes of only 5 to 10 km (3.1 – 6.2 miles), PSCs float through the stratosphere (25 km/15.5 miles) and are fantastically colorful.

Polar stratospheric clouds, also known as nacreous clouds (from nacre, or mother of pearl), are icy structures that form in the lower stratosphere (15 – 25 km) when temperatures drop to around -85 ºC (-121 ºF). They are best observed when the Sun is between 1 and 6 degrees below the horizon.

"High-altitude sunlight shining through tiny ice particles ~10µm across produce the characteristic bright iridescent colors by diffraction and interference. Once thought to be mere curiosities, some PSCs are now known to be associated with the destruction of ozone," Dr. Tony Phillips of the SpaceWeather.com explains.

Truls Tiller photographed these over Tromsø city, Norway, on December 16, 2015: 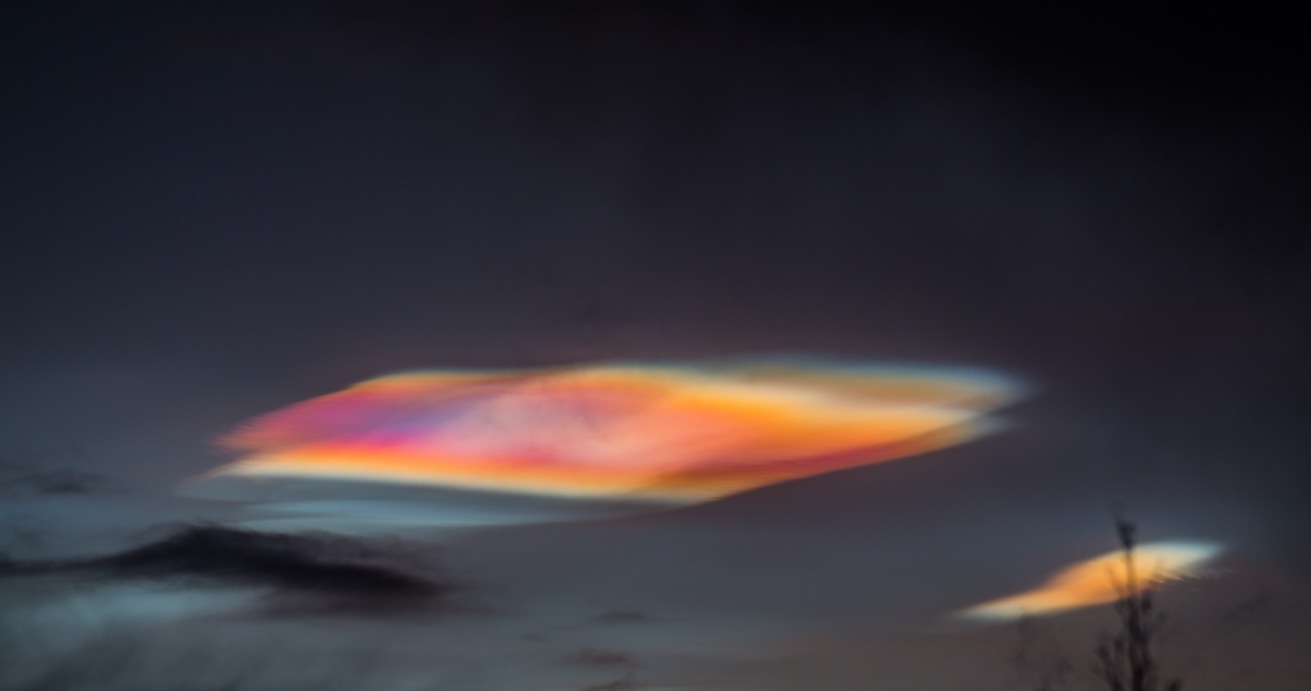 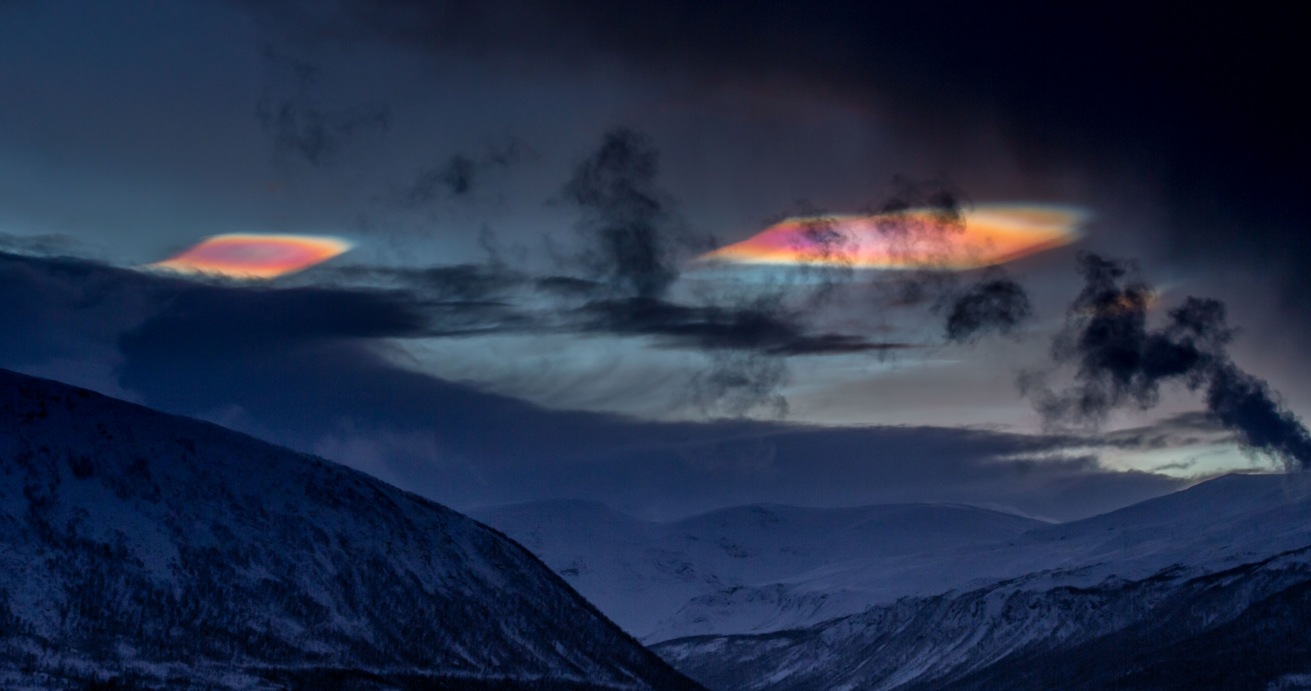