In a study to be published in the April 21st issue of Science magazine, researchers at Columbia University’s School of Engineering and Applied Science report their findings that the ozone hole, which is located over the South Pole, has affected the entire circulation of the Southern Hemisphere all the way to the equator.

While previous work has shown that the ozone hole is changing the atmospheric flow in the high latitudes, the Columbia Engineering paper, “Impact of Polar Ozone Depletion on Subtropical Precipitation,” demonstrates that the ozone hole is able to influence the tropical circulation and increase rainfall at low latitudes in the Southern Hemisphere. 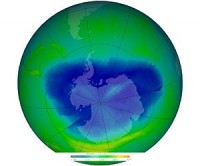 This is the first time that ozone depletion, an upper atmospheric phenomenon confined to the polar regions, has been linked to climate change from the Pole to the equator. The ozone hole is now widely believed to have been the dominant agent of atmospheric circulation changes in the Southern Hemisphere in the last half century.

“It’s really amazing that the ozone hole, located so high up in the atmosphere over Antarctica, can have an impact all the way to the tropics and affect rainfall there – it’s just like a domino effect,” said Sarah Kang, Postdoctoral Research Scientist in Columbia Engineering’s Department of Applied Physics and Applied Mathematics and lead author of the paper.

Located in the Earth’s stratosphere, just above the troposphere (which begins on Earth’s surface), the ozone layer absorbs most of the Sun’s harmful ultraviolet rays. Over the last half-century, widespread use of manmade compounds, especially household and commercial aerosols containing chlorofluorocarbons (CFCs), has significantly and rapidly broken down the ozone layer, to a point where a hole in the Antarctic ozone layer was discovered in the mid 1980s.

Thanks to the 1989 Montreal Protocol, now signed by 196 countries, global CFC production has been phased out. As a result, scientists have observed over the past decade that ozone depletion has largely halted and they now expect it to fully reverse, and the ozone hole to close by midcentury. Even though CFCs are no longer being added to the atmosphere, and the ozone layer will recover in the coming decades, the closing of the ozone hole will have a considerable impact on climate. This shows that through international treaties such as the Montreal Protocol, which has been called the single most successful international agreement to date, human beings are able to make changes to the climate system.

Together with colleagues at the Canadian Centre for Climate Modelling and Analysis in Victoria, BC, Kang and Polvani used two different state-of-the-art climate models to show the ozone hole effect. They first calculated the atmospheric changes in the models produced by creating an ozone hole. They then compared these changes with the ones that have been observed in the last few decades: the close agreement between the models and the observations shows that ozone has likely been responsible for the observed changes in Southern Hemisphere. This important new finding was made possible by the international collaboration of the Columbia University scientists with Canadian colleagues.

Model results pertaining to rainfall are notoriously difficult to calculate with climate models, and a single model is usually not sufficient to establish credible results. By joining hands and comparing results from two independent models, the scientists obtained solid results. (TerraDaily) 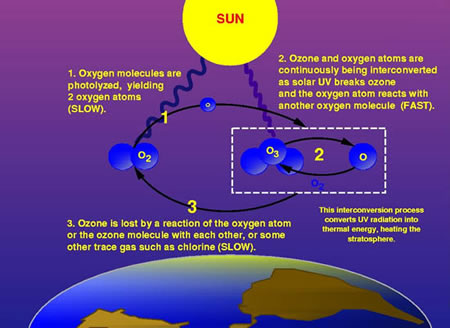