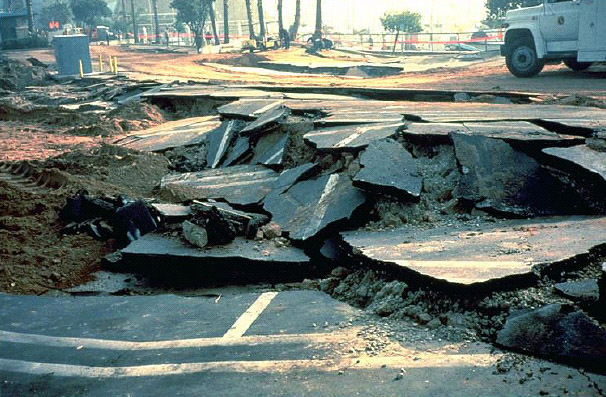 Two hundred years ago this coming winter, a series of three large earthquakes centered in southeastern Missouri destroyed the little town of New Madrid and rattled the entire eastern half of the country. Could one or more such quakes strike again? On official maps of the risk of future seismic shaking, the threat to New Madrid rivals that in the famously shaky western United States. But a few seismologists have argued that the risk to the New Madrid area is past, so residents across hundreds of kilometers from Memphis to New Madrid to St. Louis can lower their guard.

Don’t believe such optimism, says an eight-member expert panel convened by the National Earthquake Prediction Evaluation Council, which advises the director of the U.S. Geological Survey (USGS). In areport, USGS announced on April 25th, the panel concludes that “the New Madrid Seismic zone is at significant risk for damaging earthquakes.” Although some have proposed that the threat is past, the panel continues, “We and most other experts consider this claim unlikely.” So construction in the central United States should continue to meet quake-resistant standards. 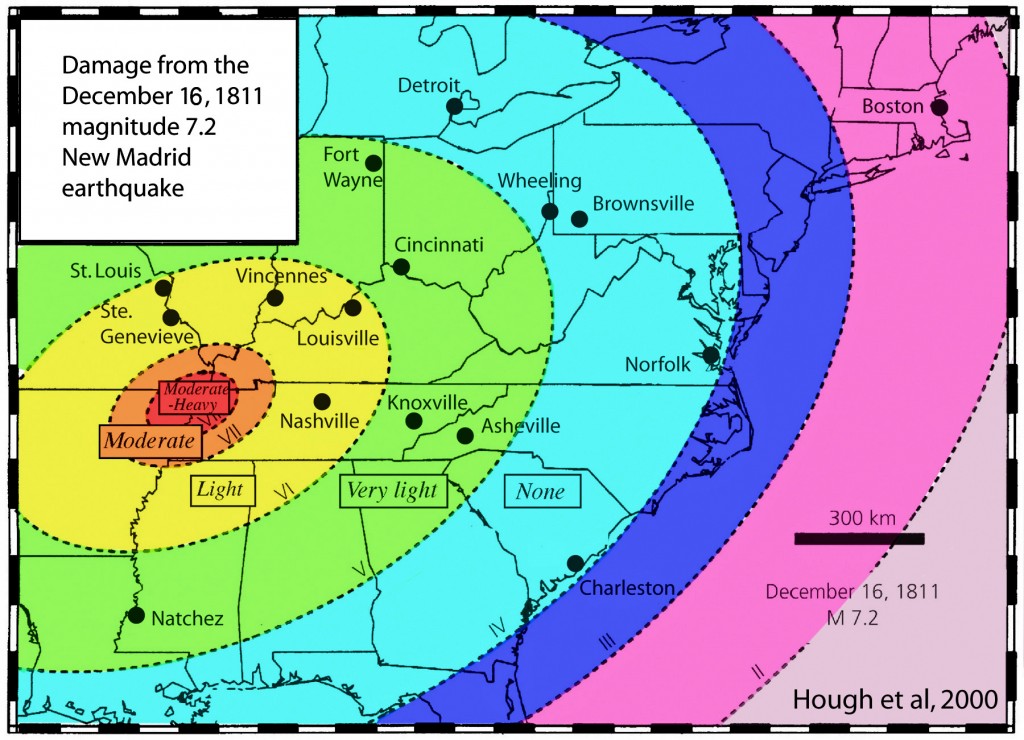 Everyone agrees on a few points. Three quakes that were likely not much larger than magnitude 7.8 struck the New Madrid area in the winter of 1811-12. And this wasn’t unprecedented. Four quakes or clusters of quakes of a size similar to the 19th-century ones ruptured faults in the same area roughly 560, 1100, 1700, and 3100 years ago, the geologic record indicates. Finally, surveys using Global Positioning Satellite measurements of land shifts show that any stress building toward another fault rupture there has deformed the crust in the region very little if at all in recent years.

Geophysicist Seth Stein of Northwestern University in Evanston, Illinois, takes the dearth of crustal deformation as a good sign. The stress that eventually ruptures a fault and produces a quake inevitably deforms the rock around the fault until it fails. If there is essentially no ongoing deformation, Stein argues, whatever drove New Madrid quakes in the past has wound down, and there is no longer an earthquake threat. Stein has made his case in a recent book Disaster Deferred, but the seismology community has by and large not been persuaded. 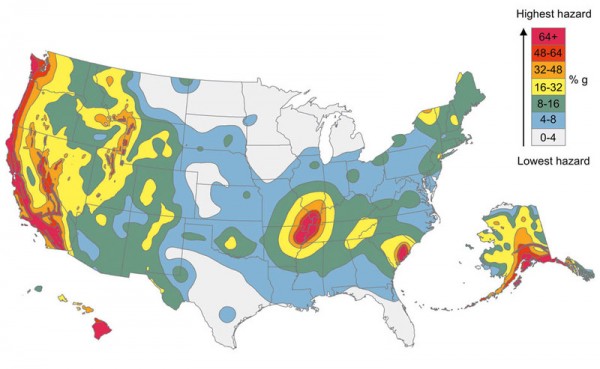 “We argued about this a lot,” says panel chairman John Vidale, a seismologist at the University of Washington, Seattle. There are a number of ways stress might build toward a fault rupture without revealing itself today, Vidale says. In the end, “we didn’t believe these arguments that there’s no risk,” he says. “There are very large uncertainties. There’s a possibility deformation has stopped, but we certainly can’t depend on it.” The panel concluded that the USGS procedure for taking account of the historical, geological, and geodetic data in forecasting future New Madrid quakes had been an appropriate one. “The prudent thing to do is assume earthquakes will continue,” Vidale sums up.

Stein still disagrees. The same sort of risk evaluation methodology that is used by USGS “has had a series of spectacular failures around the world in the last 5 years—Haiti, Wenchuan