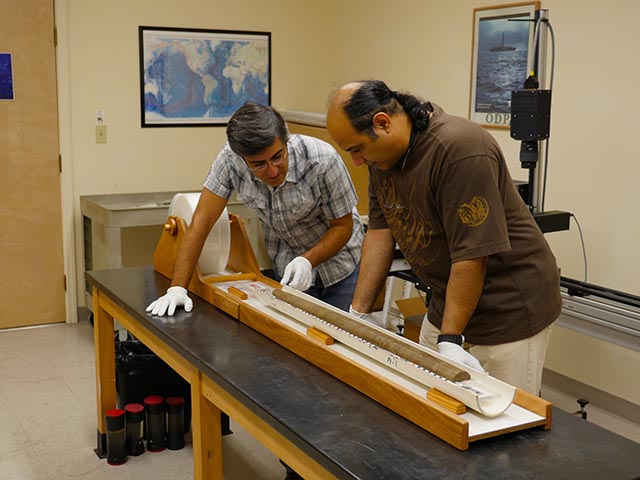 An international research team led by the scientists from the University of Miami (UM) Rosenstiel School of Marine and Atmospheric Science has discovered that some of the earliest human civilizations in the Middle East and the Fertile Crescent were probably affected by the abrupt climate change.

Research result show that the influence of abrupt climate change should be viewed as an important factor that should not be underestimated in shaping ancient human societies.

The analysis of the data shows that the climate in the Middle East during the Holocene epoch, which began 12 000 years ago and still continues today, was probably wetter than during the last 6 000 years, which are thought to have been drier and dustier.

“Evidence for wet early Holocene was previously found in the Eastern Mediterranean Sea region, North and East African lakes and cave deposits from Southwest Asia, and attributed to higher solar insolation during this period,“ explained the project supervisor, Ali Pourmand, assistant professor of marine geosciences at the UM Rosenstiel School. “Our study, however, is the first of its kind from the interior of West Asia and unique in its resolution and multi-proxy approach.”

One of the most climatically dynamic areas in the world is a region in west Asia, extending from Iran and the Arabian Peninsula to the eastern Mediterranean Sea and northern Egypt. The area is known as The Fertile Crescent and is considered to be the cradle of early human civilization.

The researchers investigated climate variability and changes in paleoenvironmental conditions during the last 13 000 years based on a high-resolution (sub-decadal to centennial) peat record from Neor Lake in Northwest Iran. Abrupt climate changes occur in the range of years to decades.

“The high-resolution nature of this record afforded us the rare opportunity to examine the influence of abrupt climate change on early human societies. We see that transitions in several major civilizations across this region, as evidenced by the available historical and archeological records, coincided with episodes of high atmospheric dust; higher fluxes of dust are attributed to drier conditions across the region over the last 5 000 years,” said Arash Sharifi, Ph.D. candidate at the department of marine geosciences and the lead author of the study.