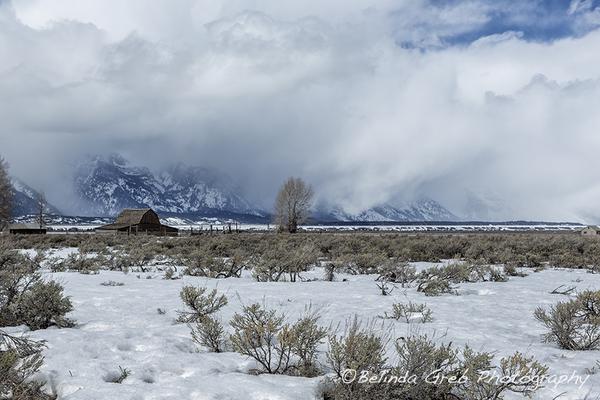 Late July is usually hot and dry for Idaho, Montana and Wyoming, however, this year, the last week of the month has brought some unusually cold weather conditions to the area.

The National Weather Service has forecasted that the mixture of moist and cold air from Alaska and Canada would settle over the areas of Idaho, Montana and Wyoming until Tuesday, July 29, in a weather form not usually seen in this part of the world before late August or September.

Here's proof that it does #snow in July! Beautiful pictures of snow capped peaks in #Idaho and #Wyoming. #idwx #wywx pic.twitter.com/hF2SAK268t

Over 2.54 cm (1 inch) of snow was recorded on Monday at the ski center Jackson Hole in Wyoming, in the mountains across the west of Montana and near Salmon in central Idaho, Reuters reports. Local farmers were warned to cover their crops in order to avoid damage from cold and frost.

Measured temperatures have set records on Monday, as the highest daytime temperature recorded in most of Idaho was about 12 °C (10 °F) lower than usually measured values during this time of July, said Travis Wyatt, a Weather Service meteorologist. "It's very rare for a cold front to move through in July. It has happened before, but it's anomalous", Wyatt explained.