A long duration M1.2 solar flare erupted from the vicinity of departing Region 2365, off the southwest limb, at 01:27 UTC on June 18, 2015. The event produced a large Coronal Mass Ejection (CME) and is currently causing solar radiation storm on Earth, reaching S1 (Minor) levels.

The CME is directed away from the Sun-Earth line, but both proton and electron flux are currently on the rise. They are expected to subside towards moderate and background levels by June 20, 2015. 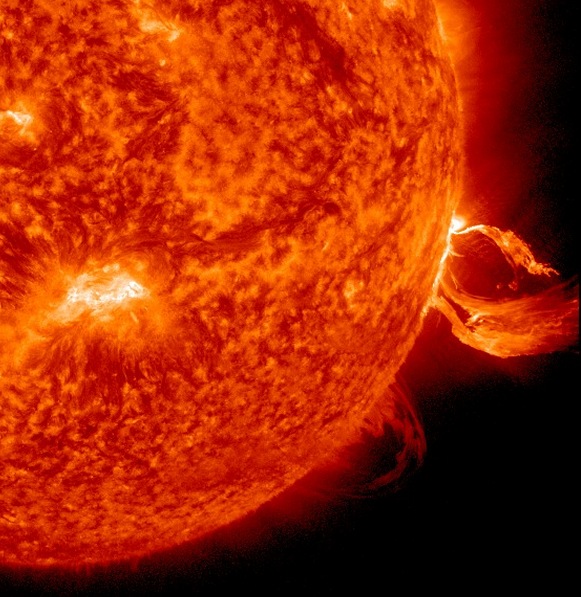 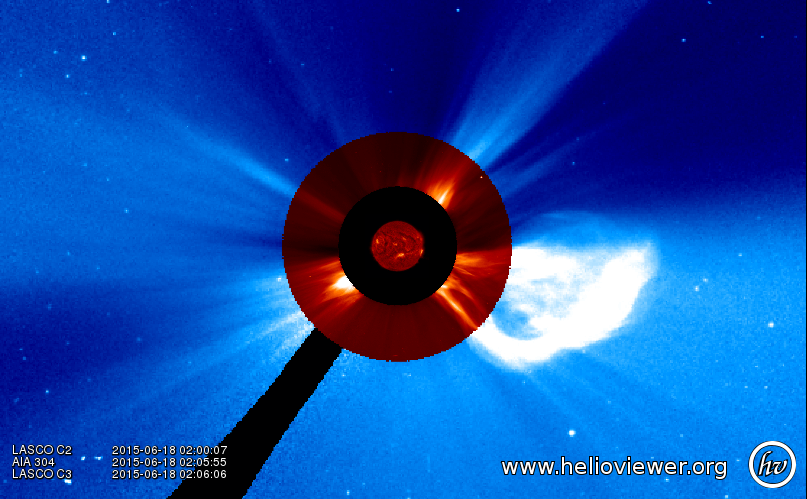 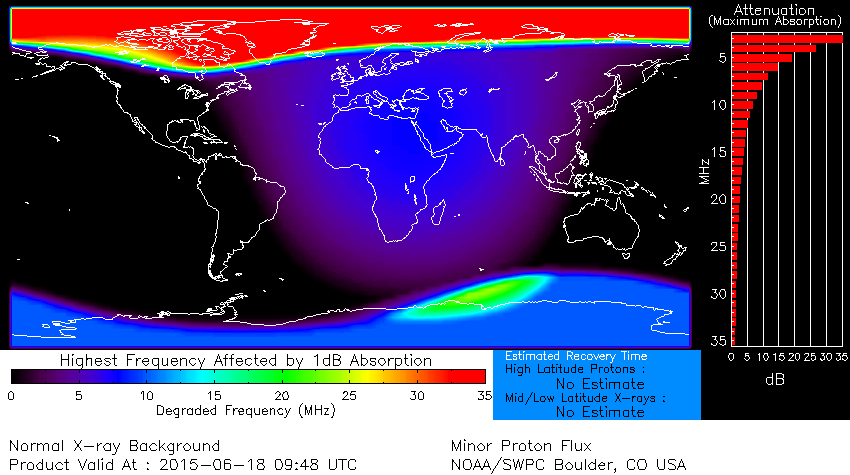 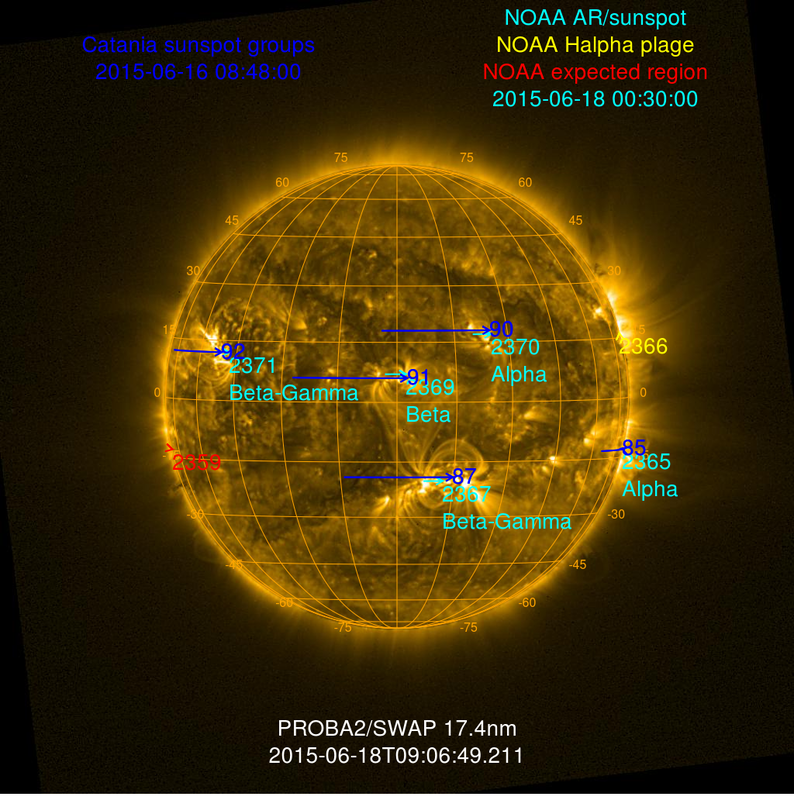 Region 2365 has rotated off the southwest limb and is starting its farside rotation. Region 2371 (beta-gamma), which is currently the largest region on the disk, produced several low level C-class flares and exhibited growth in the intermediate spots during the past 24 hours. Region 2367 (beta-gamma) remained mostly stable with slight decay noted around the trailer and intermediate spots.

SWPC forecasters expect solar activity to be low with a chance for M-class (R1-R2/Minor-Moderate) flare activity over the next three days, June 18 – 20, 2015.

The greater than 2 MeV electron flux is expected to reach high levels today and tomorrow, June 19. Electron flux is forecast to decrease to moderate levels on June 20.

The greater than 10 MeV proton flux is expected to remain above S1 levels on June 18 with a chance to persist at S1 levels into June 19 before subsiding towards background levels by June 20.