The center of Tropical Storm "Blanca" has made landfall near Puerto Cortes, Mexico in Baja California Sur on Monday, June 8, 2015.  This is the earliest landfall of a tropical cyclone on record in the Baja California peninsula, NWS NHC reports.

General NNW motion is expected to continue through Tuesday, June 9.  On the forecast track the center of Blanca will move near or over portions of the southern and central Baja California peninsula today through June 9.

Additional weakening is forecast, and Blanca is expected to weaken to a tropical depression by tonight.  Blanca will likely dissipate near or over central or northern portions of the
Baja California peninsula on Tuesday.

Tropical storm force winds extend outward up to 240 km (150 miles) from the center.

Swells generated by Blanca are affecting portions of the coast of southwestern Mexico, the Pacific coast of the Baja California peninsula, and the southern Gulf of California. These swells will likely cause life-threatening surf and rip currents, NHC warns. 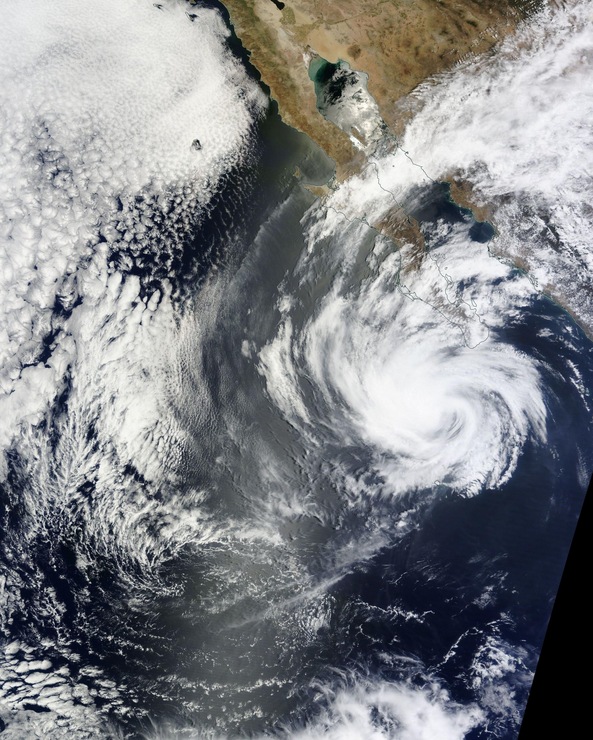