Tropical Storm "Blanca" formed on June 1, 2015 about 535 km (332 miles) SSW of Zihuatanejo, the Pacific coast of Mexico. At the moment, Blanca is nearly a stationary system with a slow and erratic motion expected over the next couple of days followed by a phase of rapid intensification. It should become a major hurricane by Thursday, June 4.

Blanca is the second named storm of the 2015 eastern Pacific hurricane season which is expected to be above-average in terms of number and strength of hurricanes. The main climate factor expected to enhance this season is El Niño, which is now present, strengthening and predicted to last throughout the hurricane season. 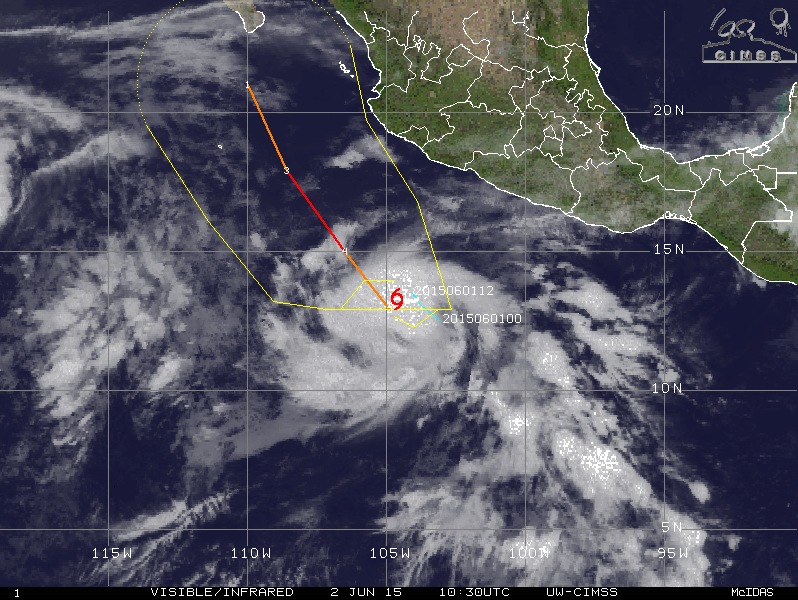 Only a slow and erratic motion is expected for the next day or two followed by rapid strengthening. Blanca is forecast to become a major hurricane by late Wednesday/early Thursday (June 3/4).

There are no coastal watches or warnings in effect, NHC said.

Tropical storm force winds extend outward up to 75 km (45 miles) from the center.

NHC said their forecast remains in good agreement with the SHIPS and FSU Superensemble guidance, which both predict rapid strengthening during the next day or two. After 4 – 5 days, increasing shear and cooler SSTs should result in weakening. 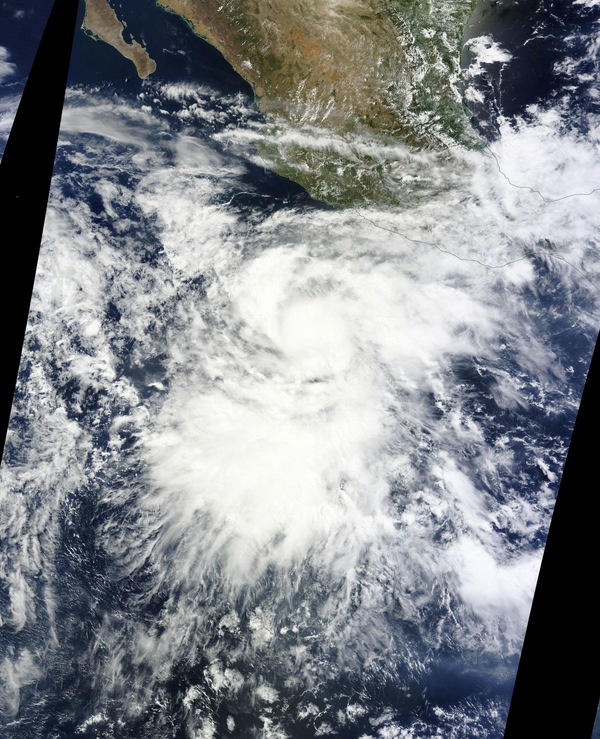 For this season, NOAA estimates a 70% chance of occurrence for each of the following ranges of activity: 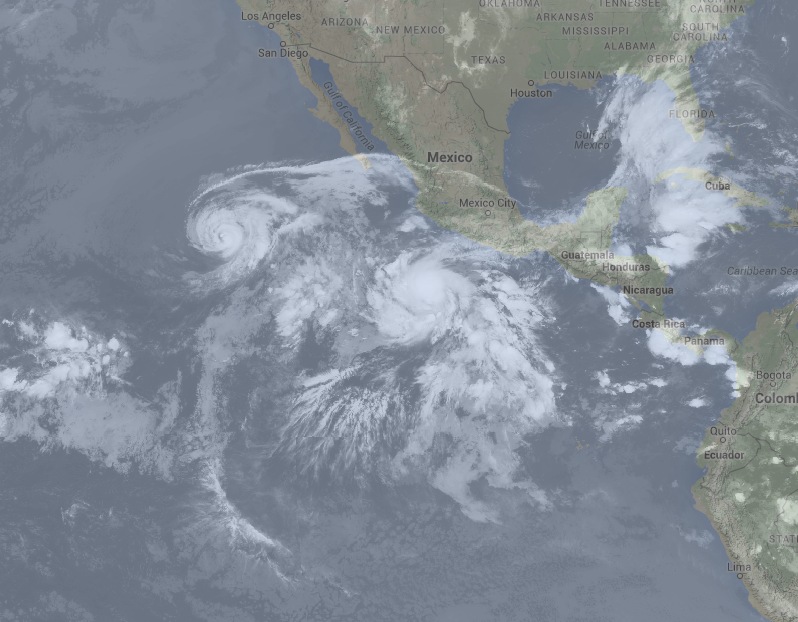