Tropical Storm "Andres" formed on May 28, 2015 far off the Pacific coast of Mexico and became the first named storm of the 2015 eastern Pacific hurricane season. Andres was heading WNW (away from the coastline) and on June 1 it briefly reached category 4 (of 5) on the Saffir-Simpson Hurricane Wind Scale.

There are no coastal watches or warning in effect, NWS NHC said.

Andres is moving toward the WNW near 13 km/h (8 mph), and a turn toward the northwest and north is expected over the next couple of days. 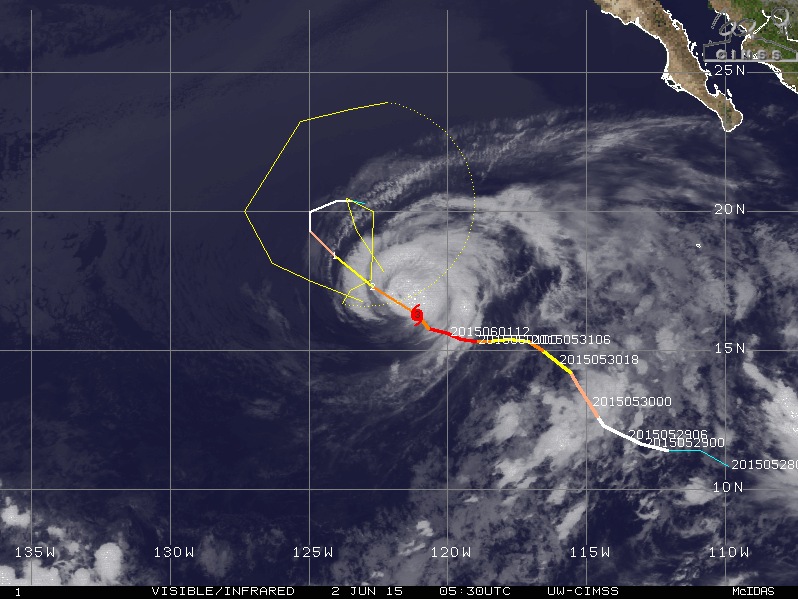 Continued weakening is forecast during the next 48 hours, and Andres is expected to become a tropical storm by Wednesday, June 3.

Swells generated by Andres are affecting portions of the west coast of the Baja California peninsula. These swells are likely to cause life-threatening surf and rip current conditions, NHC warned. 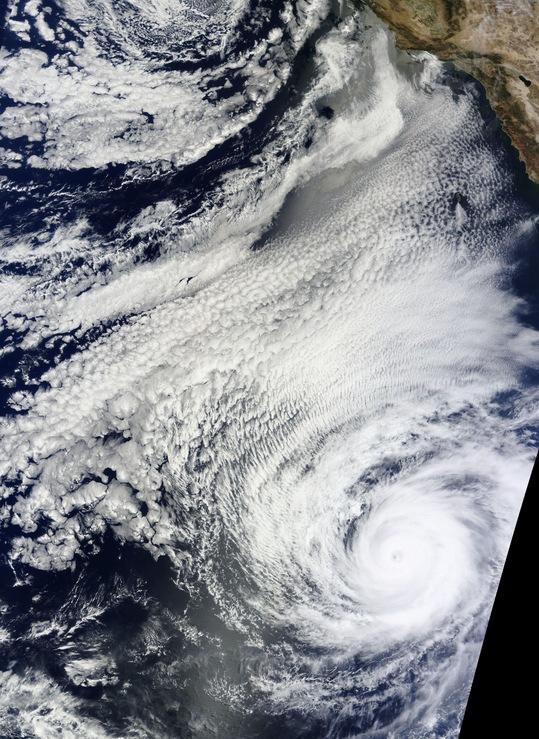 Meanwhile and much closer to the Mexican coast, a second named storm of the 2015 eastern Pacific hurricane season formed and was named Blanca.

There are no coastal watches or warnings currently in effect, NHC said.

Only a slow and erratic motion is expected for the next day or two followed by rapid strengthening. Blanca is forecast to become a major hurricane by late Wednesday/early Thursday (June 3/4).