There have been four other seasons that have had two major hurricanes develop before the end of June, AccuWeather writes.

"Blanca is also expected to become the earliest Category 5 hurricane in the eastern Pacific, a record that is currently being held by Hurricane Ava from 1973. Ava reached that threshold on June 6 of that year," AccuWeather Senior Meteorologist Kristina Pydynowski said.

Blanca formed on June 1, 2015 about 535 km (332 miles) SSW of Zihuatanejo, the Pacific coast of Mexico as the second named storm of the 2015 eastern Pacific season. 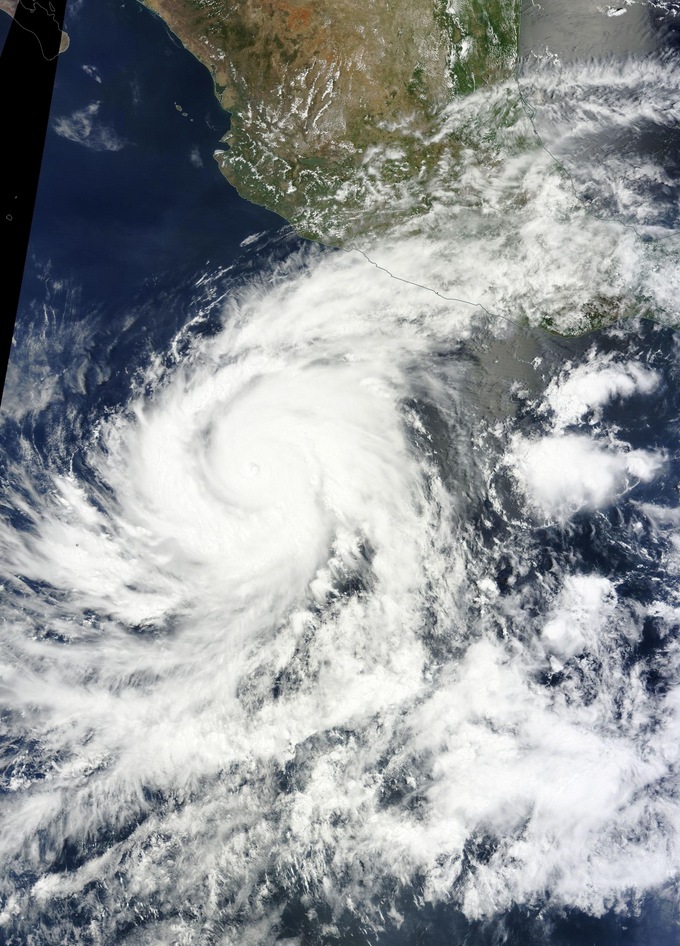 "Blanca remains trapped within weak steering currents, and the cyclone has barely moved today," NWS NHC said in their Forecast Discussion issued at 21:00 UTC on June 3. "During the next 24 hours, the hurricane should begin a northwestward track with some increase in forward speed as a high pressure system over the southwestern United States and Mexico amplifies, and a mid-level trough approaches the coast of California."

With maximum sustained winds near 260 km/h (161 mph) expected by 18:00 UTC on June 4, Blanca could set the new record as the earliest Category 5 hurricane in the eastern Pacific.

Swells generated by Blanca will begin affecting portions of the coast of southwestern Mexico during the next couple of days. These swells are likely to cause life-threatening surf and rip current conditions, NHC noted.

Intense showers and thunderstorms are expected in Guerrero, Michoacan, Colima and Jalisco, but the heaviest rain will remain off the coast.

Landfall is possible between Cabo San Lucas and Puerto San Carlos, Baja California on Sunday, June 7 but Blanca's interaction with cooler waters should weaken her significantly before hitting the coast line.

However, this system should still be capable of producing damaging winds, flash flooding and mudslides. 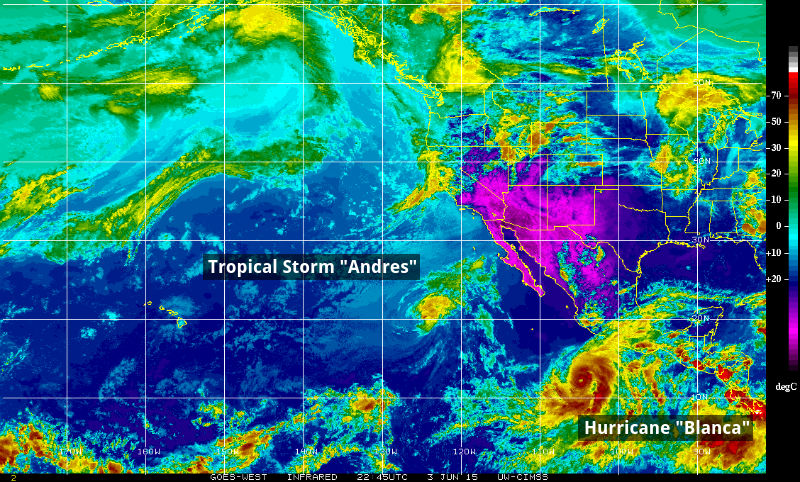