Washington VAAC said volcanic ash emissions were seen in webcam imagery heading WSW at 9 – 18 km/h near 5.18 km (17 000 feet) per model winds. Emissions were not observed in satellite imagery due to meteorological clouds. 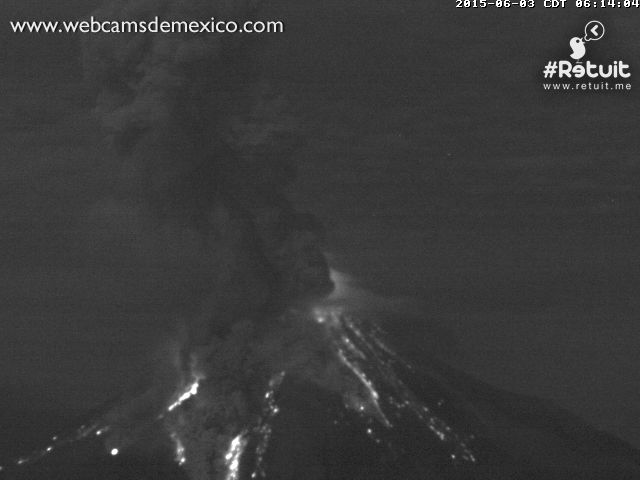 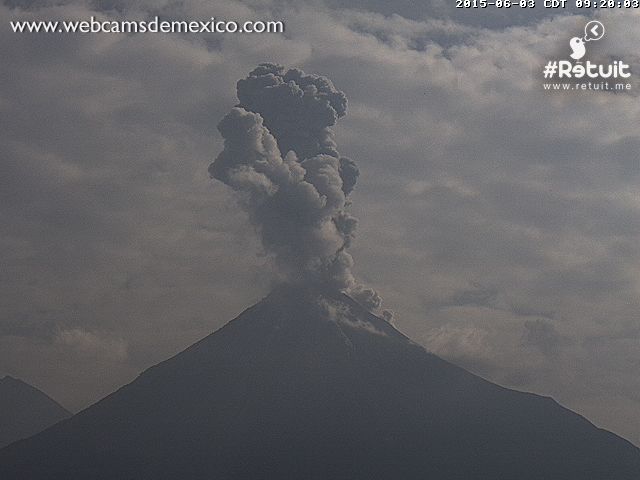 The Colima volcanic complex is the most prominent volcanic center of the western Mexican Volcanic Belt. It consists of two southward-younging volcanoes, Nevado de Colima (the 4320 m high point of the complex) on the north and the 3850-m-high historically active Volcán de Colima at the south. A group of cinder cones of late-Pleistocene age is located on the floor of the Colima graben west and east of the Colima complex.

Volcán de Colima (also known as Volcán Fuego) is a youthful stratovolcano constructed within a 5-km-wide caldera, breached to the south, that has been the source of large debris avalanches. Major slope failures have occurred repeatedly from both the Nevado and Colima cones, and have produced a thick apron of debris-avalanche deposits on three sides of the complex. Frequent historical eruptions date back to the 16th century. Occasional major explosive eruptions (most recently in 1913) have destroyed the summit and left a deep, steep-sided crater that was slowly refilled and then overtopped by lava dome growth.