As arctic air continues to surge southward behind a cold front sweeping across the Southeast US, forecasters are warning that all-time March record lows are likely to be broken Friday morning.

In addition to monthly record lows, dozens of daily record lows will be threatened into Saturday morning, and some cities could see their coldest temperatures in decades for so late in the season, The Weather Channel reports.

According to NWS WPC, heavy snow is expected across the northern Mid Atlantic where sub freezing temperatures have settled in at all levels.

Shallow cold air filtering into the southern Mid Atlantic will change rain to sleet and freezing rain this afternoon and could end as a brief period of snow this evening. Further south, a band of convective precipitation in a spring-like air mass ahead of the cold front will bring a brief period of heavy rain from South Carolina to Florida.

In the Lower Mississippi Valley and southern Appalachians the precipitation could end as light freezing rain and sleet. 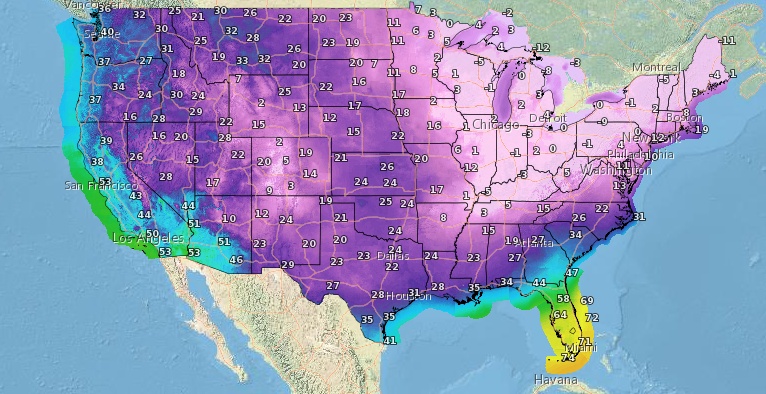 As the cold front exits the east coast the southern portion will be slow to push through Florida. Light showers will be possible through the period especially along the Atlantic coast of Florida.

Cold air will settle in across much of the Eastern US with high temperatures up to 30 degrees below normal possible in some places.

With high pressure locked in across the Western and Southern US a series of shortwave troughs will slide across southern Canada and the Great Lakes over the next few days. 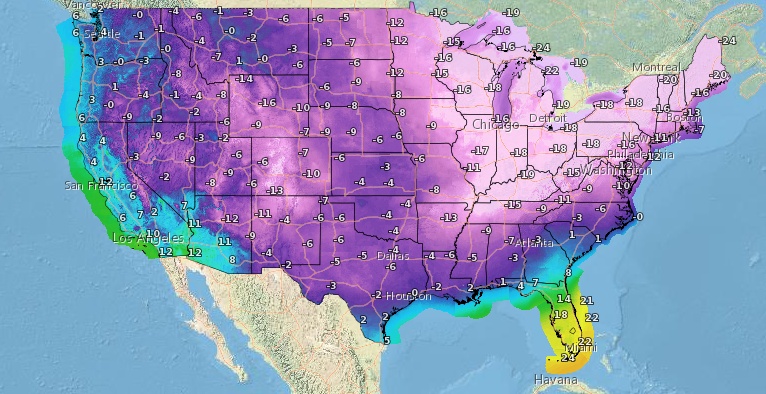 "For the second winter in a row, the jet stream tended to migrate northward over the eastern Pacific Ocean, then plunged sharply southward into the central and eastern United States. This was particularly the case from late January through February…

A pronounced warmup is likely in the northern/central Plains and Upper Midwest next week as the jet stream pattern, at least temporarily, makes a subtle but important shift, with a southward dip in the jet near or just off the West Coast." 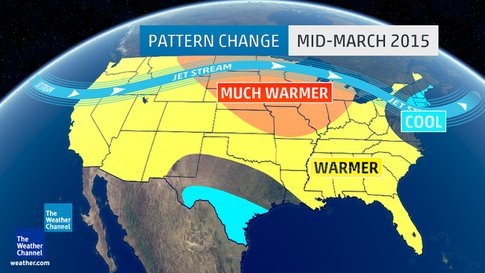 Forecast pattern shaping up by mid-March, illustrating the shift in the jet stream bringing warmer air into the nation's mid-section, while at least taking the edge off the arctic air in parts of the Northeast. Image credit: The Weather Channel