A new tropical cyclone in the Mozambique Channel is threatening Mozambique and Madagascar with heavy rainfall. The system will likely make landfall on Monday, March 9 on the central western coast of Madagascar as a Severe tropical storm (Haliba).

The deep convection has clearly improved during the past 24 hours (by 06:00 UTC) and shows a tendency to organize, the agency writes.

The low level circulation center is forecast to move slowly westward for the next 36 hours, and to go back towards the center of the Mozambique Channel on Saturday evening. 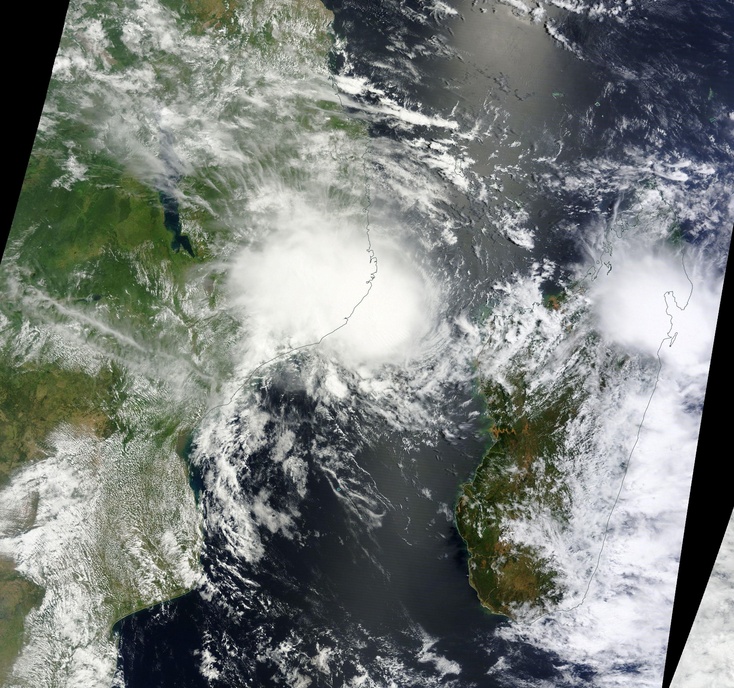 According to the present forecast, the system is likely to make landfall on Monday on the central western coast of Madagascar at the stage of Severe tropical storm (Haliba).

This system is threatening the Mozambique coast between 14S and 18S owing to the high cumulated rainfall for the next 48 hours. From Monday, it will threaten the western coast of Madagascar between 15S and 20S. 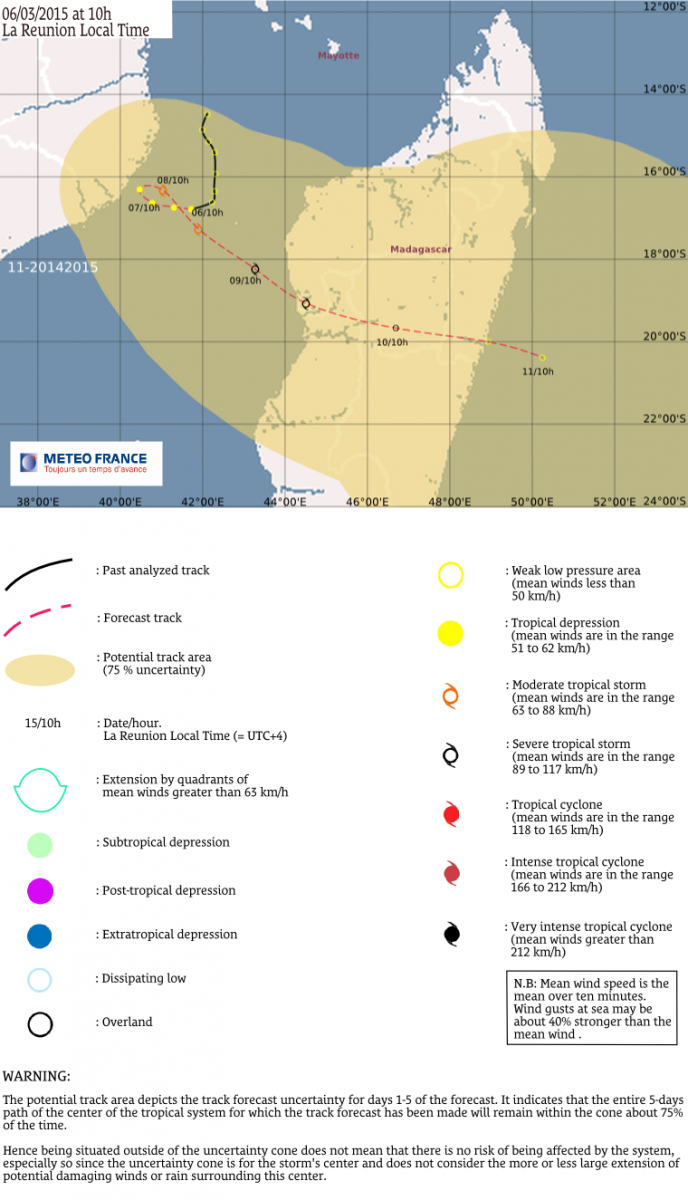 The Global Precipitation Measurement or GPM core satellite flew over the northwestern half of the system on March 5 at 15:36 UTC. Its Microwave Imager (GMI) instrument found that the heaviest precipitation was then occurring on the western side of the circulation center. Powerful convective thunderstorms in that area were dropping rain at a rate of over 30 mm (1.4 inches) per hour. 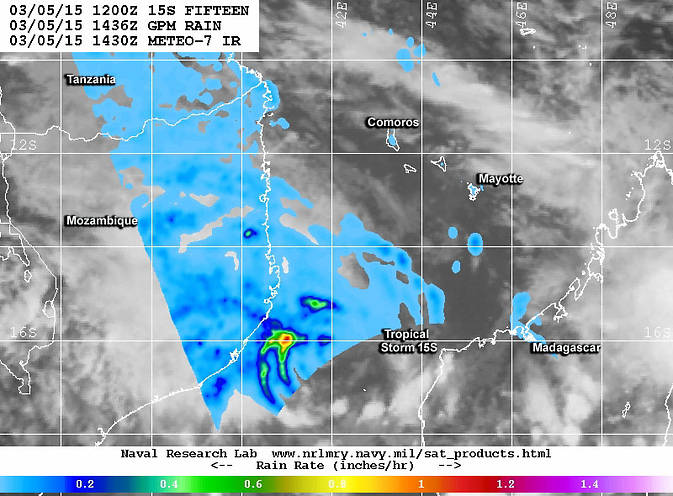