The first was observed in LASCO COR2 imagery at 20:12 UTC on March 5, it appeared to be very narrow, and was well off the Sun-Earth plane.

Neither of these subsequent CMEs appear to have any Earth-directed components either, but a more thorough analysis will be conducted as more imagery is received, SWPC said in their Forecast Discussion issued 12:30 UTC today. 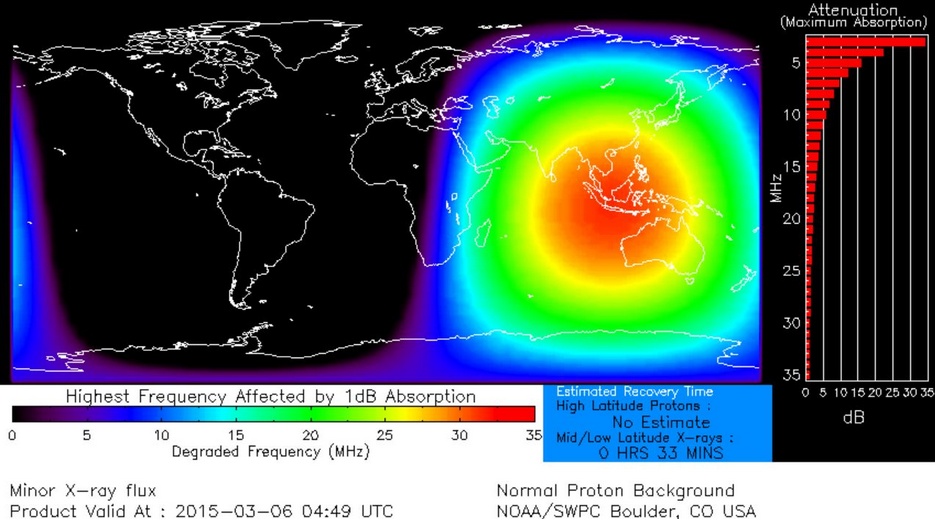 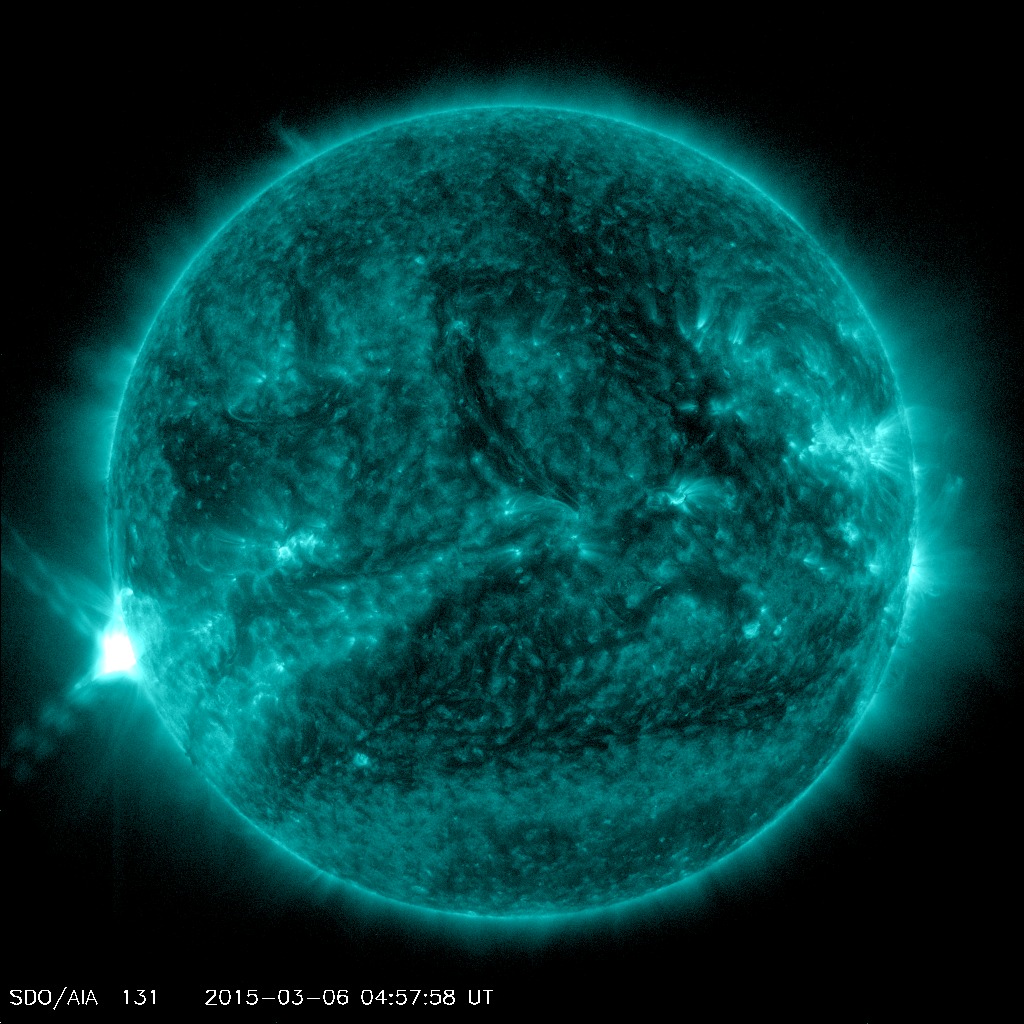 There are currently two numbered sunspot regions on the Earth side of the Sun. 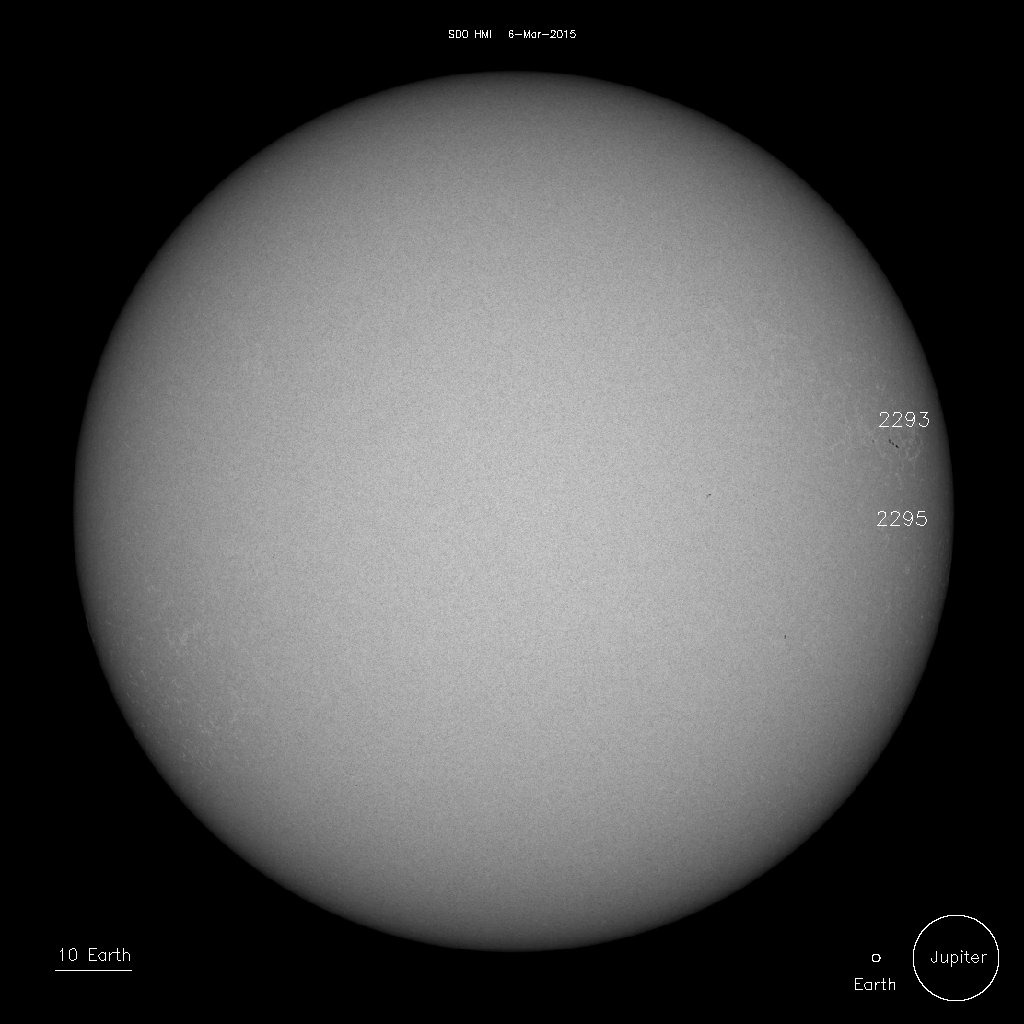 Solar wind parameters are expected to remain near background levels on March 6 and 7 under a nominal solar wind regime. By March 8, a positive polarity coronal hole high speed stream (CH HSS) is expected to move into geoeffective position, causing minor disturbances to the solar wind environment.