This region produced two low level C-class flares before the M1.2 today. It will become fully visible from our planet in the coming days. 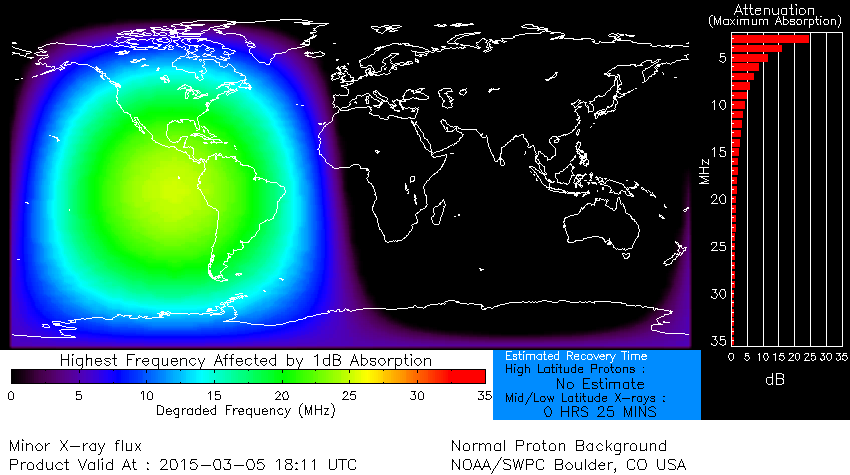 There are currently 2 numbered sunspot regions on the Earth side of the Sun. 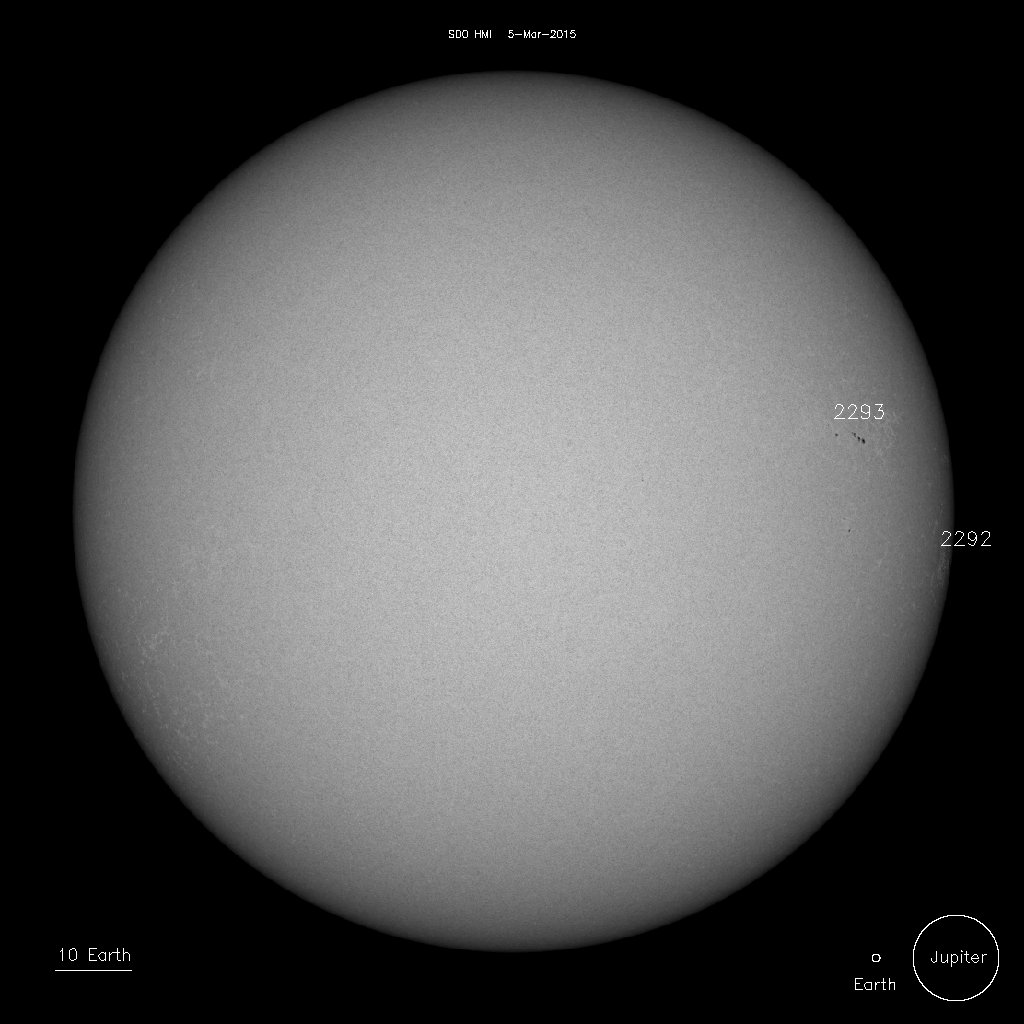 Solar activity is expected to be at very low levels with a chance for C-class flares for the next three days. There is still a slight chance for an isolated M-class (R1/R2-Minor/Moderate) flare today as Region 2292 completes its transit around the West limb.

Slight enhancements are expected in the solar wind environment on March 5 and 6 as additional sector boundary crossings are likely. By March 7, the Phi angle should transition to a more consistent positive (away) orientation, prior to the onset of an anticipated positive polarity high speed steam, expected to occur after March 7.

The geomagnetic field is expected to be quiet to unsettled over the next three days, with a slight chance for isolated active periods as the result of solar sector transitions.