Several months after a huge black hole was found in Yamal peninsula, Siberia, Russia, researchers say they have found more suspicious-looking craters and lakes and have called for 'urgent' investigation of the new phenomenon.

The Siberian Times writes that until now, only three large craters were known about in northern Russia with several scientific sources speculating last year that heating from above the surface due to unusually warm climatic conditions, and from below, due to geological fault lines, led to a huge release of gas hydrates, so causing the formation of these craters in Arctic regions.

"We know now of seven craters in the Arctic area," respected Moscow scientist Professor Vasily Bogoyavlensky said. "Five are directly on the Yamal peninsula, one in Yamal Autonomous district, and one is on the north of the Krasnoyarsk region, near the Taimyr peninsula."

He suspects there could be 20 to 30 craters more. 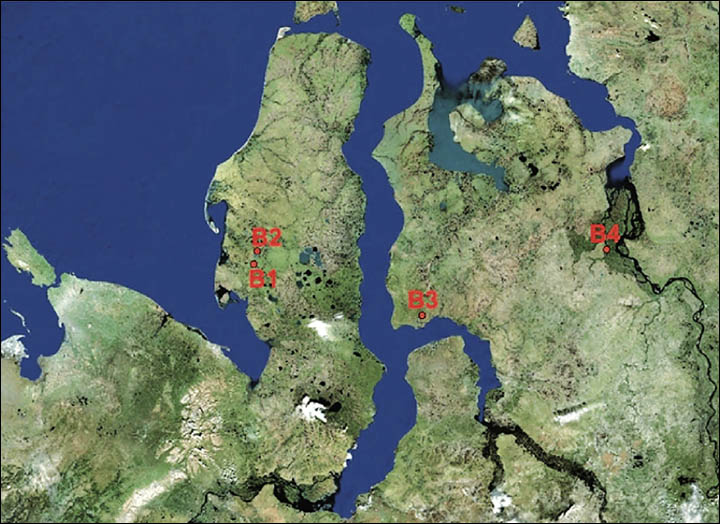 The study of satellite images showed that near the famous Yamal hole, located in 30 kilometers from Bovanenkovo are two potentially dangerous objects, where the gas emission can occur at any moment.

Prof. Bogoyavlensky warned: "These objects need to be studied, but it is rather dangerous for the researchers. We know that there can occur a series of gas emissions over an extended period of time, but we do not know exactly when they might happen."

The Yamal Peninsula in the Yamalo-Nenets Autonomous Okrug is a strategic oil and gas bearing region of Russia. It is Russia's main production area for gas and the Bovanenkovo field is of central importance to gas supplies from Siberia to the world.