Siberia has started seeing the first forest fires of 2021 this May as wildfires that have not been extinguished since last summer rekindle, becoming the so-called 'zombie' fires. Meteorologists forecast 'red heat' or above average air temperatures from May to July, exacerbating the fires.

Fires that have not been contained last summer have continued to smolder and are rekindled amid milder temperatures and drier weather in Siberia.

The zombie wildfires, which have been triggered by an intense spring heatwave this year, kicked off the country's wildfire season early this year.

Some parts of the country have already reported a record number of wildfires as smoke plumes from some blazes have drifted across half the nation, even extending as far as Finland.

In late April, the Omsk region saw a record-high number of wildfires, with a day registering nearly a thousand new cases. In Novosibirsk, a thick cloud of smoke caused zero visibility and poor air quality.

The Siberian Times also reported that 50 houses were destroyed in the area, as well as another 27 in Kemerovo, with more destruction in other surrounding districts.

As summer approaches, Siberian wildfires are not showing signs of slowing down and are even sparking in colder areas in the north. 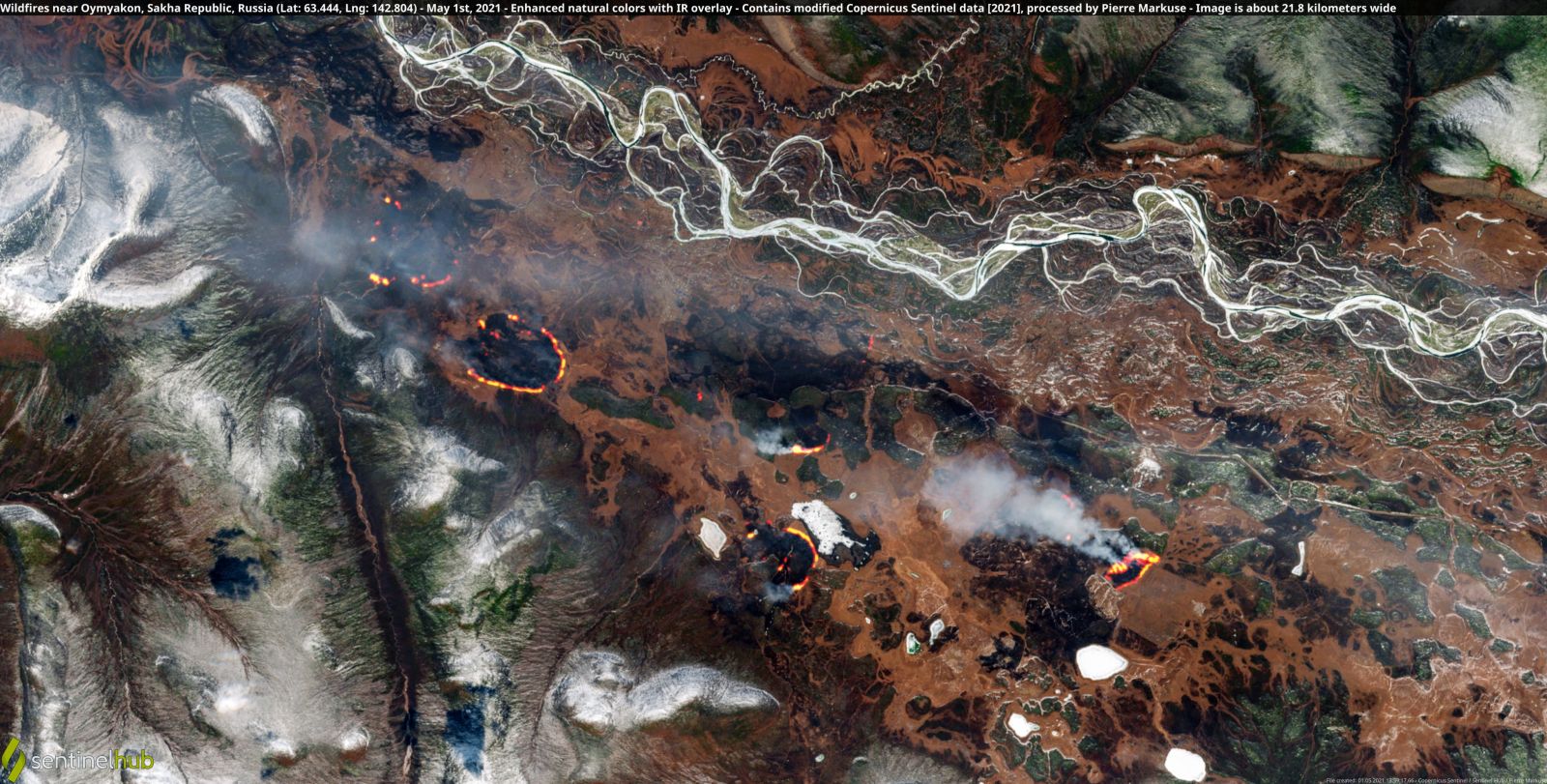 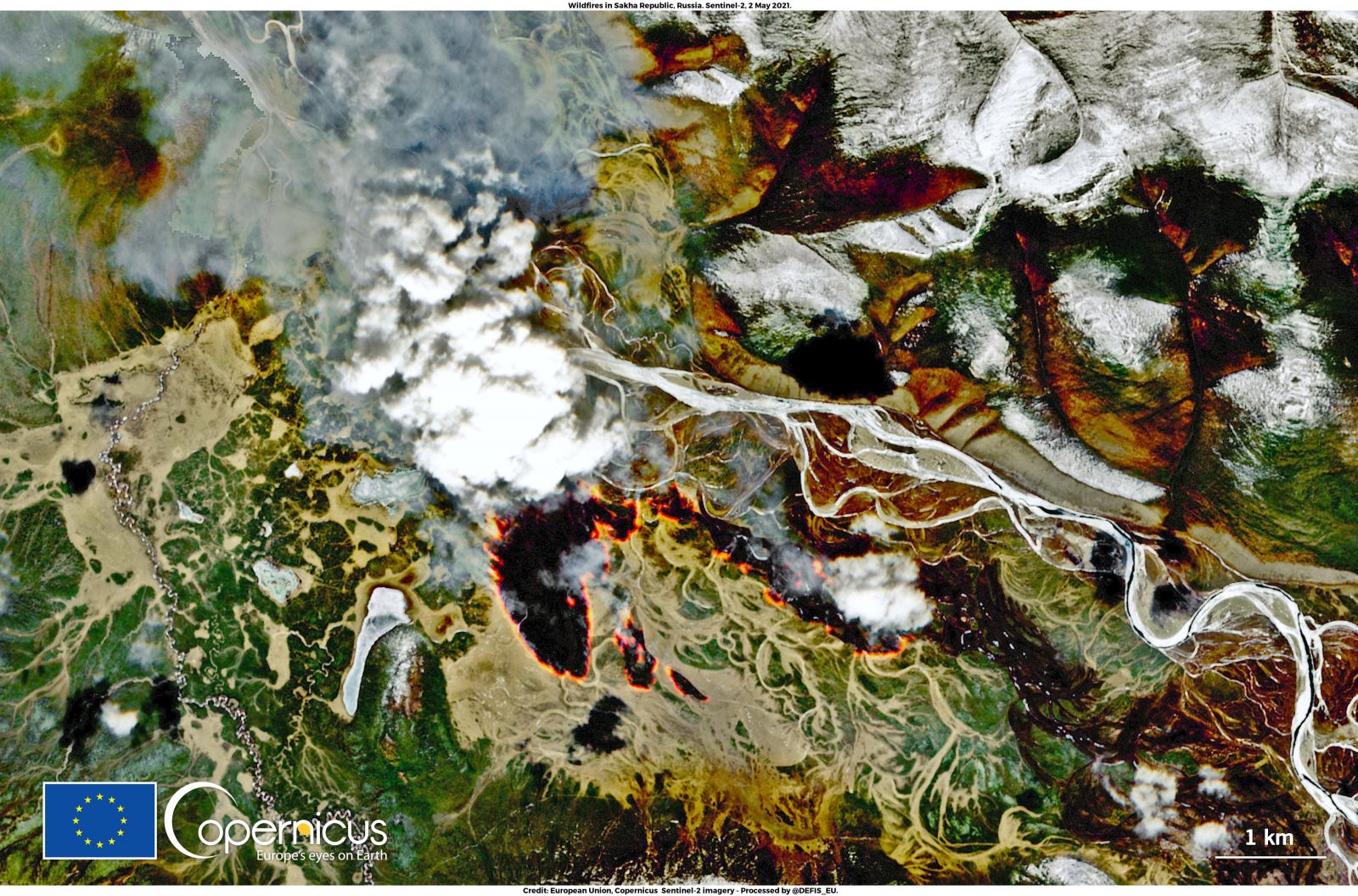 On May 2, images gathered by the Copernicus Sentinel-2 satellites show a group of wildfires near Oymyakon, a rural area known as one of the coldest places on Earth. Other satellite images show fire hotspots growing among snowy landscapes.

Roman Vilfand, the scientific director of the Hydrometeorological Center, warned that in the Northern Hemisphere, the average air temperatures from May to July will be above normal, with a "red heat" likely to occur from May to July. This may lead to new wildfires across the country.

"This is not a definitive forecast. Here are the concepts: above the norm, below the norm, the norm. Everywhere in the Northern Hemisphere, it is painted over in red, which corresponds to the probability of more than 70 percent that the class will be above normal."

Route R351 from Yekaterinburg in the Urals to Tyumen in Western Siberia is blocked by wildfires next to the town of Kamyshlov. Both Sverdlovsk and Tyumen region have been fighting wildfires since late April #wildfires2021Russia pic.twitter.com/gCt5dFO2yg

Wildfire near Tyumen, Siberia, May 15-16 pic.twitter.com/cFqcYbZNIK

Wildfires in Tyumen region, Western Siberia. Firefighters from the Yamal peninsula work alongside local fire brigades and volunteers, as weather in the region continues to stay hot, dry and windy #wildfires2021Russia pic.twitter.com/NkiyjafTYD

Wildfires around the village of Pyshminka, 34km southeast from Tyumen in Western Siberia #wildfires2021Russia pic.twitter.com/YmlUaEVMlW