According to statistics released by the Russian Ministry of Emergency on July 20, the 2021 wildfires in Yakutia (Republic of Sakha) — the largest and coldest republic of the Russian Federation — have so far consumed 2.5 million hectares (6.2 million acres) of forests.

There are now more than 300 wildfires in Yakutia but only half of them are being actively suppressed. Thousands of firefighters are being helped by aircraft and, where possible, artificial rain technology developed in Soviet times.

To make the rain, the ministry is using Antonov-26 cloud-spiking plane to lace the clouds with a chemical cocktail of weather-changing silver iodide, liquid nitrogen, and dry ice. 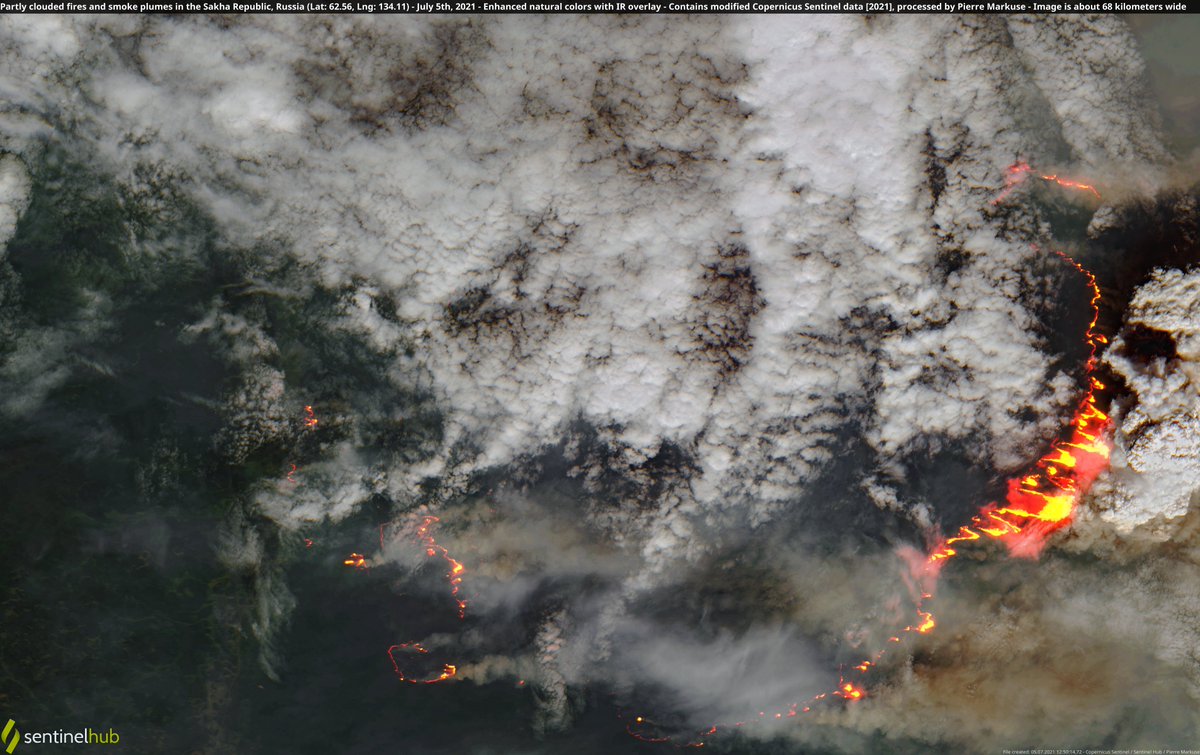 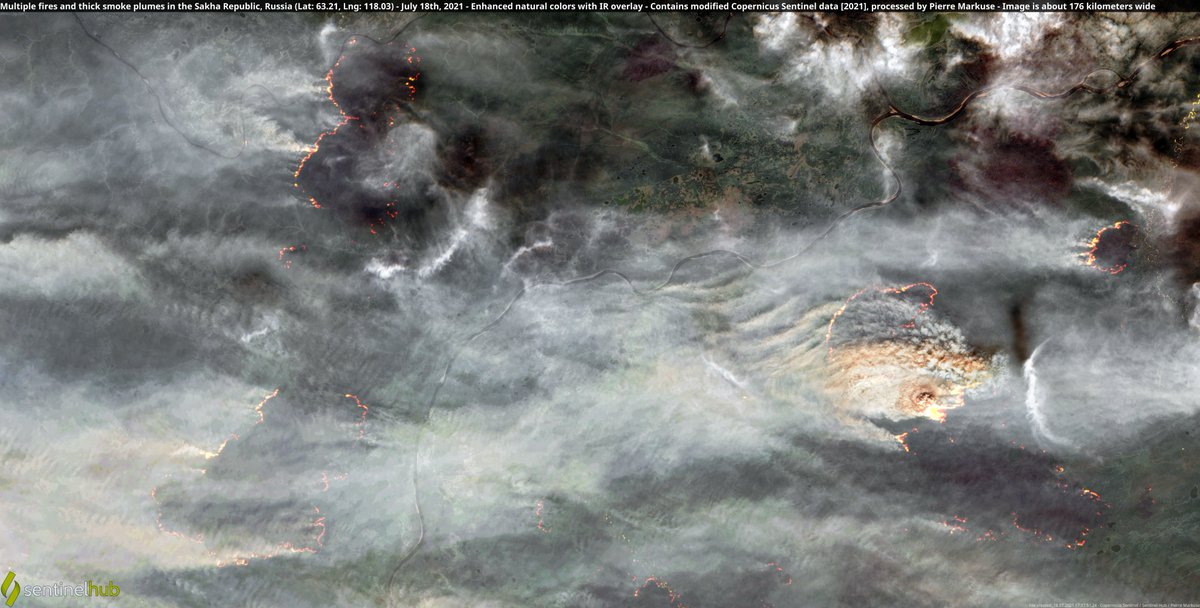 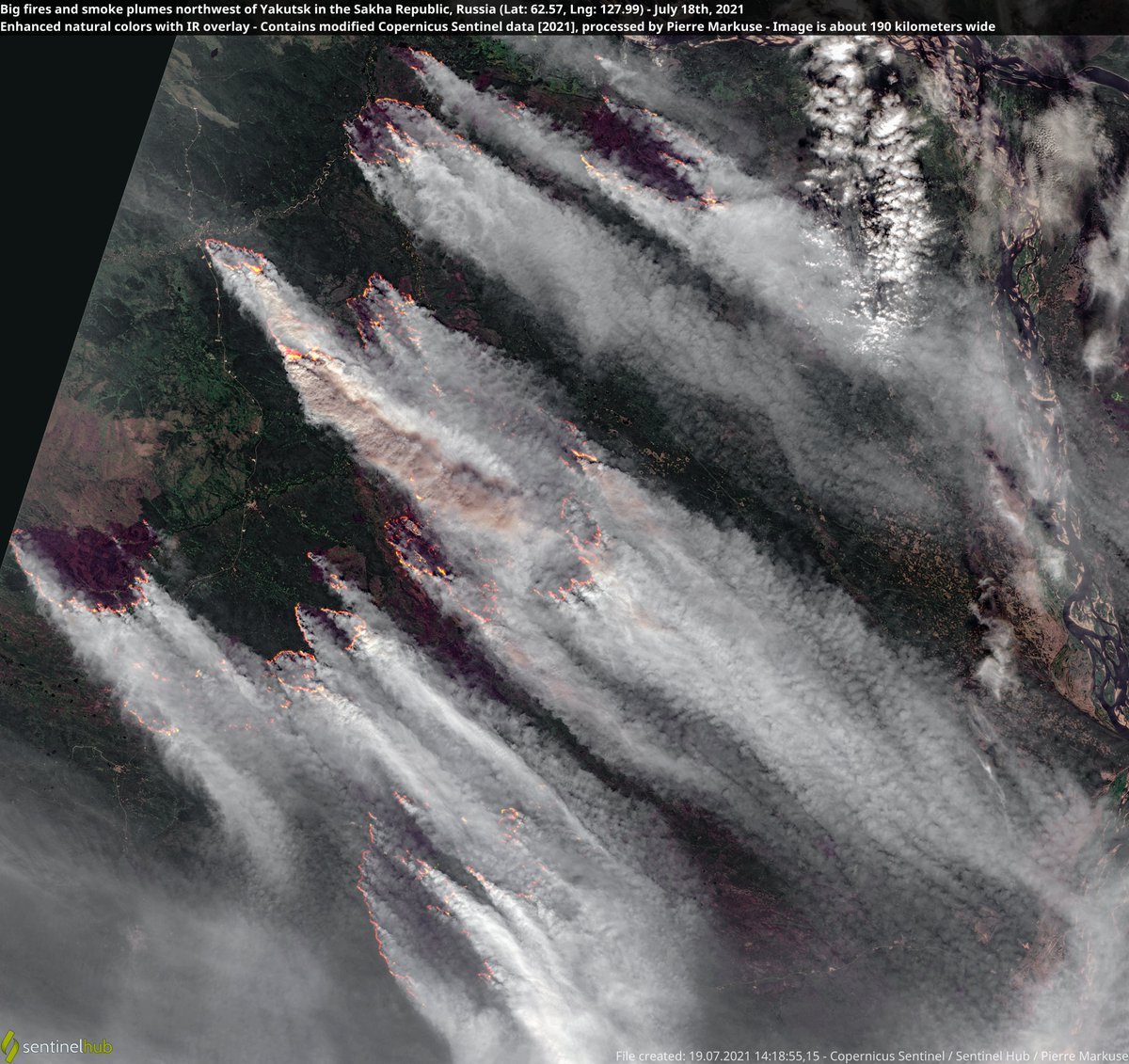 "Most of the areas of fires in 2021 fall in the zone of 60 – 65° N," said Evgeny Ponomarev, associate professor at the Siberian Federal University, and senior researcher at the Sukachev Institute of Forest.

"In 2020, the greatest damage was recorded in the zone of 65–70° N. So the extreme movement of fires to the north of the region has not yet been repeated," Ponomarev added. The total estimated burned area, which includes forest and all types of non-forest fires in Siberia, from the beginning of the 2020 fire season in March through the end of September, was about 26 million ha (64 million acres), according to the International Association of Wildland Fire (IAWF).

Please note that the IAWF number is for the entire Siberia, not just Sakha, and is different from official data, which would cover fires only in forest zones.

The number of fires, varied markedly in the different zones, with many small fires in the south, and a lesser number, but larger, fires in the north.

"This is a function of both vegetation and differences in fire suppression and accessibility from south to north," IAWF noted.

"In the northern areas of the country (mainly above 65N latitude in Central and Eastern Siberia) the primary mode of fire detection is through satellite monitoring. Fires in this region are typically not suppressed, except immediately around the sparsely-scattered towns, villages, and industrial sites."

While the suppression is more active below about 65 degrees N latitude, it has just a small effect on many fires.