The Omsk region in Western Siberia has reported a record-high number of wildfires, with one day last week registering nearly a thousand new cases per day. Meanwhile, in Novosibirsk, a thick cloud of smoke resulted in zero visibility and poor air quality due to wildfires. As of Tuesday, April 27, 2021, the total area of land scorched has reached 170 000 ha (420 000 acres) in the region.

On Sunday, April 25, a fire broke out in the Leninsky District of Omsk. The Russian Emergencies Ministry deployed 67 people and 13 equipment to combat the flames. According to local media, three families were left homeless as their houses caught fire.

Preliminary data showed that one house caught fire at first, but due to dry and windy weather, the fire spread to neighboring structures.

The Omsk region has reported a record-high number of fires, with a day last week counting nearly a thousand new cases a day. Omsk region emergency services said the number of wildfires is seven to ten times above the usual.

As the snow starts to melt and the weather warms up, region after another in Siberia reports a spike in wildfires. 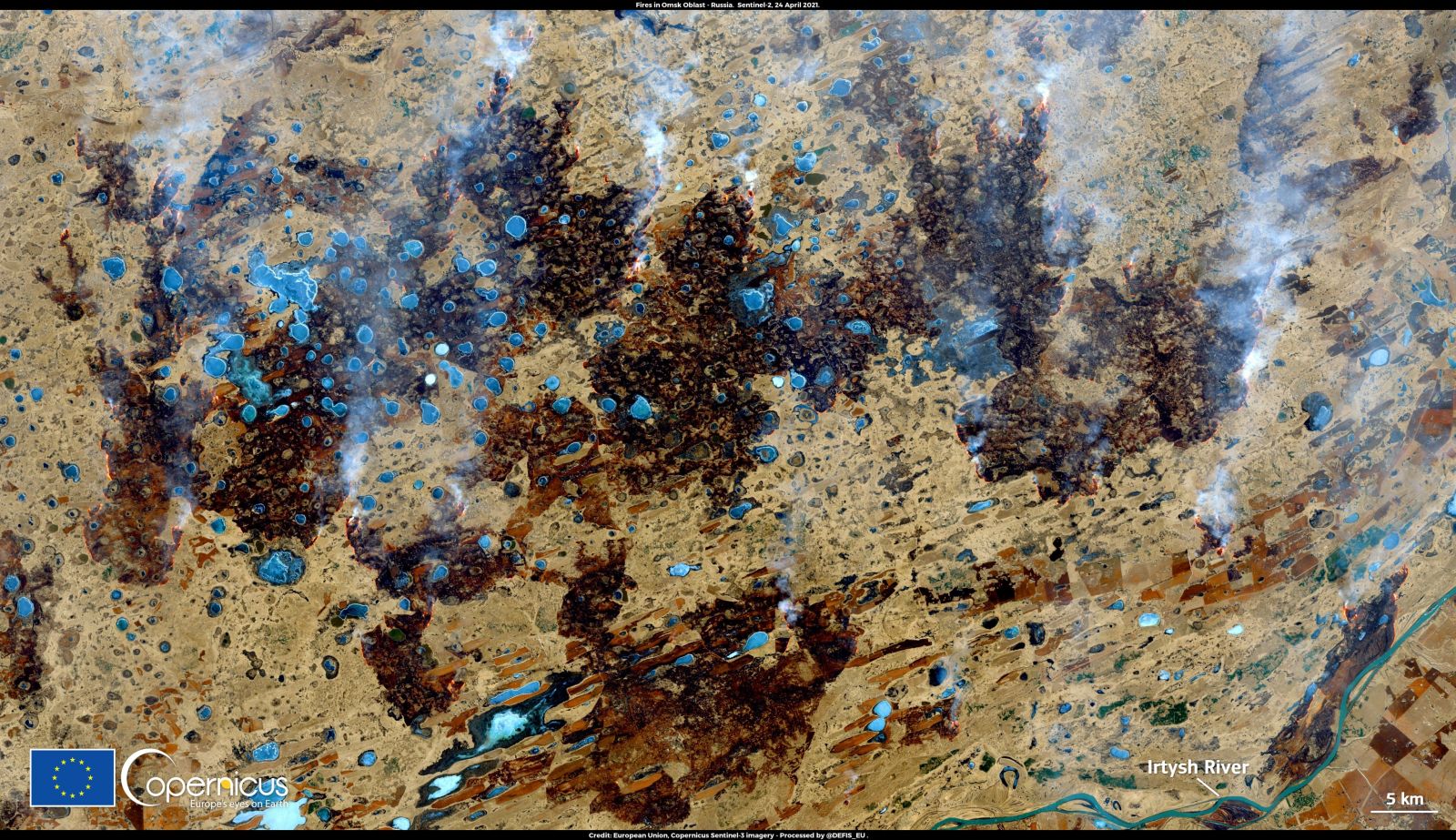 Meanwhile, in Novosibirsk, a thick cloud of smoke engulfed highways, resulting in almost zero visibility. According to air pollution monitoring site AirVoice, the air quality in the city is at seven out of 10.

The maximum carbon monoxide concentration was recorded Tuesday morning at 808 μg per cubic m. Air pollution in the area can be associated with fires due to grass burning, Russian media reported.

By Tuesday, the total area scorched by wildfires has reached 170 000 ha (420 000 acres) in the region solely. It was only on Monday that the first forest fire in Chanovsky District was reported.