However, since there was more rain after 20:30 LT, 'the record has already been broken,' R K Jenamani, a senior scientist at India's weather forecasting center, said.

"May remains generally dry. Normally, Delhi gets a maximum of 30 mm or 40 mm (1.1 to 1.6 inches) of 24-hour rainfall in this month. The rain lasts only an hour or less. But this is a completely different system coming from the Arabian Sea and meeting with a Western Disturbance. Because the feature is rarest, so crossing 60 mm (2.36 inches) is no surprise," he said. 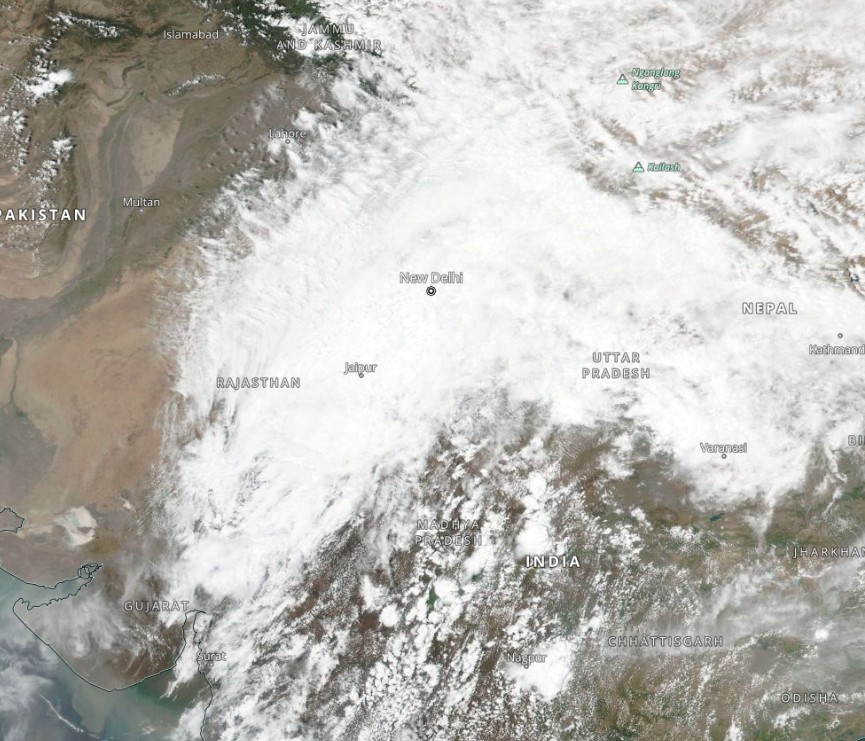 Tropical Cyclone "Tauktae" made landfall over the coast of Gujarat on May 17 with winds reaching 200 km/h (124 mph), making it the strongest cyclone to hit the region since 1998.

Some 16 500 homes were damaged in Gujarat as the storm forced evacuations of more than 200 000 people and cut power for millions in the affected region.

The death toll rose to 118 on May 20, with 37 confirmed deaths from a barge that sank off Mumbai and 81 more in other parts of India's western coast. 38 people who were on the barge are still missing.