According to their Public Advisory issued 09:00 UTC today, the eye of Hurricane "Gonzalo" was located about 485 nautical miles (898 km/558 miles) to the south-southwest of Bermuda. A turn toward the north-northeast and an increase in forward speed are expected tonight and Friday. The center of Gonzalo is expected to pass near Bermuda on Friday, October 17.

Satellite imagery indicates that maximum sustained winds have increased to near 220 km/h (140 mph) with higher gusts (Category 4 hurricane on the Saffir-Simpson Hurricane Wind Scale). Fluctuations in intensity are common in major hurricanes and are likely to occur with Gonzalo today.

Slow weakening is forecast tonight and Friday but Gonzalo is expected to be a dangerous Category 3 hurricane when it moves near Bermuda. Steady weakening should begin by late Friday. 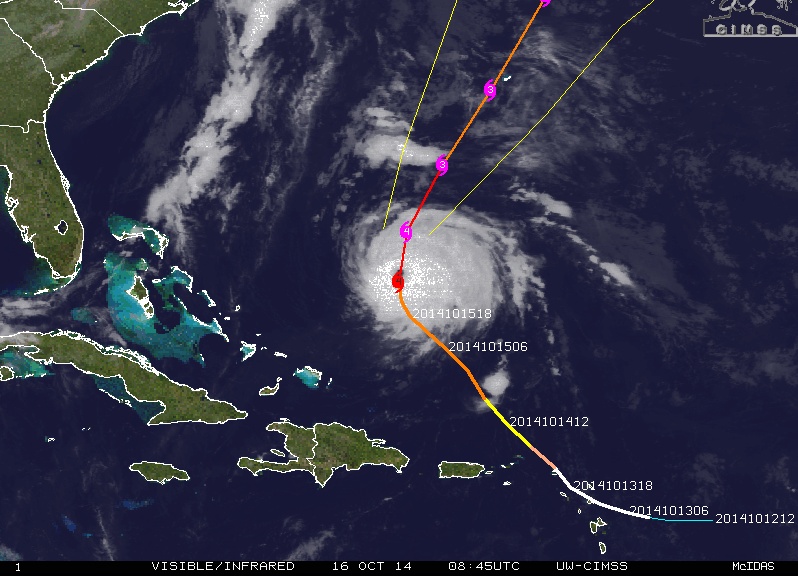 A hurricane warning is again in effect as the country recovers from Tropical Storm "Fay" which strengthened to a Category 1 hurricane in the Atlantic on Sunday afternoon (October 12) after sweeping past Bermuda with strong winds and knocking out power for nearly 28 000 of the total 35 500 metered customers.

According to The Weather Channel's Vice President of Global Forecasting Services, Peter Neilley, who was on Bermuda when Fay hit last weekend and remains on the island as Gonzalo approaches, Bermudans are still cleaning up from Fay.

Neilley said that piles of debris left over from Fay are still scattered across the island, which could cause issues when Gonzalo's strong winds arrive.

On Monday, October 13, Gonzalo was still a tropical storm when it hit Antigua and the Leeward Islands. It downed trees, ripped roofs off of homes and caused at least 12 minor injuries. 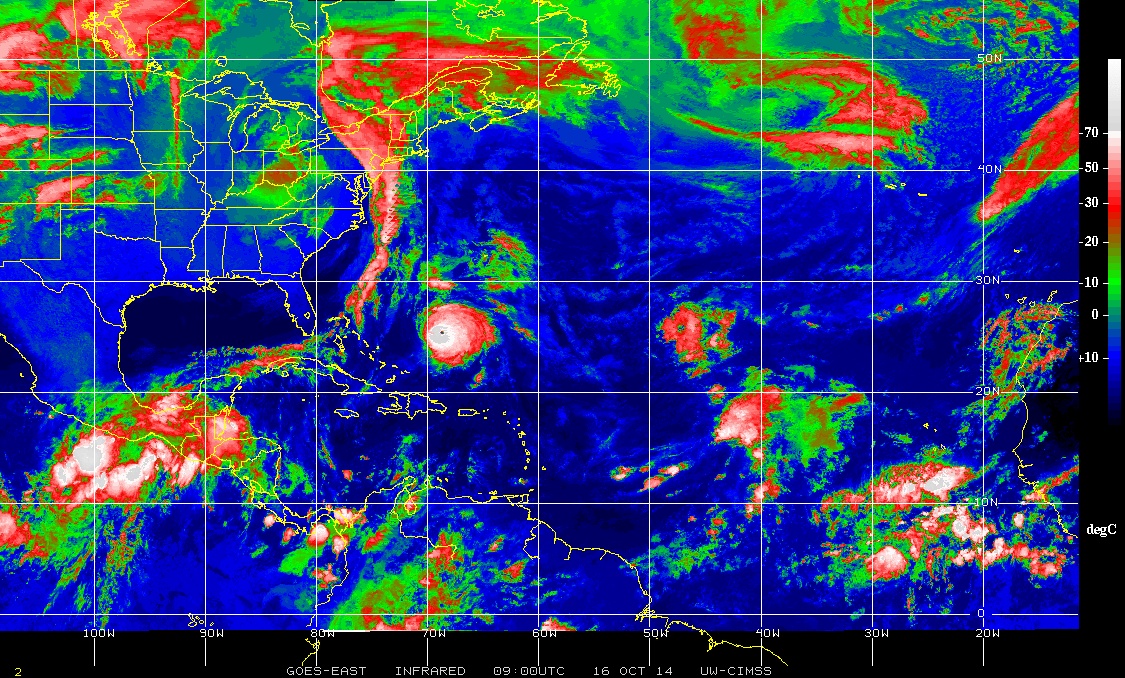 NHC warned it should be noted that wind speeds atop and on the windward sides of hilly terrain are often up to 30 percent stronger than at the surface and can be even greater in some elevated locations.

A Dangerous storm surge is expected to produce significant coastal flooding. Near the coast the surge will be accompanied by large and destructive waves.

Large swells generated by Gonzalo are now affecting portions of the Virgin Islands, the northern coasts of Puerto Rico and the Dominican Republic and portions of the Bahamas. Swells will reach much of the east coast of the United States and Bermuda today.