Typhoon "Halong", which recently became the third Super Typhoon of 2014 in the Western Pacific basin, has lost its strength and is now the equivalent of a Category 1 hurricane on Saffir–Simpson Hurricane Wind Scale. However, it will gain additional strength on its track toward mainland Japan.

It is expected to make landfall on Saturday, August 9, with maximum sustained winds near 85 knots (97 mph/157 km/h – equivalent of a Category 2 hurricane).

Halong will continue moving north-northeast and will pass east of Ryukyu Islands before it hits land and significantly weakens due to rough terrain over western Japan. As the system emerges over the Sea of Japan, it will continue to weaken.

The Japan Meteorological Agency has issued high wave warnings for Okinawa and nearby islands, along with less serious advisories for storm surge, gale-force winds and thunderstorms. 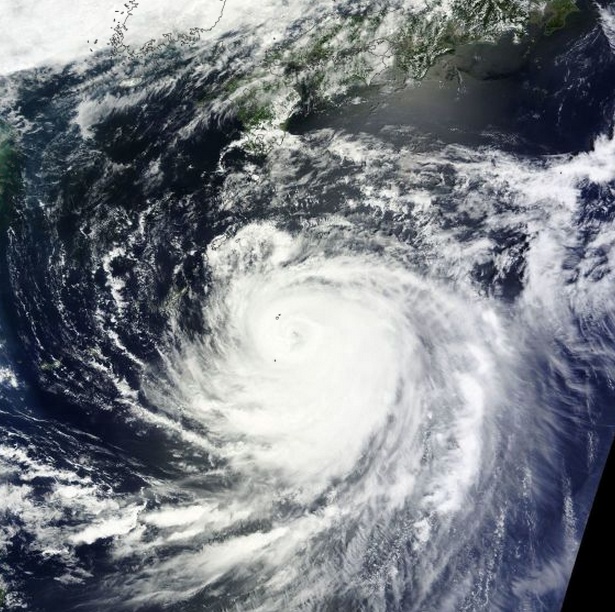 Animated enhanced infrared satellite imagery indicates little change in structure over the past six hours. Halong maintained a large 35 nautical miles (40 miles/64.8 km) eye with the bulk of the deep convection over the southern semi-circle.

Officials urged local people to guard against the wind and possible landslides. 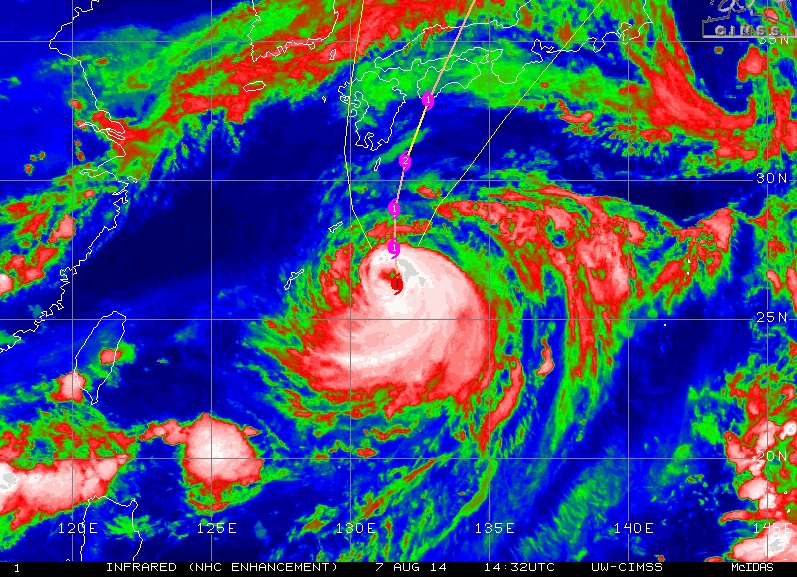 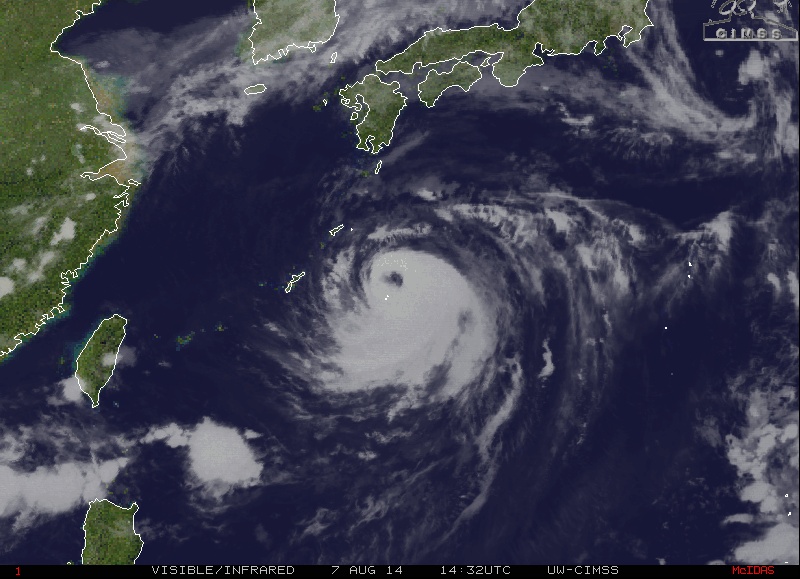