Tropical Storm "Nakri" formed on Tuesday, July 29, near Okinawa and moved into the Yellow Sea early Saturday morning, August 2, at a speed of 15 km/h. Waves as high as 4 to 6 meters are expected in the north of the East China Sea and south of the Yellow Sea. Yellow and Orange alerts were issued today as the storm moves north toward the Korean Peninsula.

As the storm moves northward, the central part of South Korea, including the capital city of Seoul, is forecast to experience strong winds and rain on Sunday and early next week.

"Most of the southern regions, including Jeju and South Jeolla Province, have come under an advisory of high winds and waves, and it can be extended to cover the central regions," the Korea Meteorological Administration said in a statement.

"People, especially those in beach areas for swimming and fishing, should pay extra attention to possible accidents that could be caused by high winds and strong waves," it added.

"Nakri" is expected to continue tracking northward during next 24 hours and accelerate sharply east-northeastward. The system should weaken during August 3rd as it begins interacting with land and encounters increasing vertical wind shear.

The landfall is expected within next 48 hours, after which "Nakri" will dissipate quickly as it tracks over the rough terrain of the Korean Peninsula. Its remnants are expected to emerge over the East Sea around 21:00 UTC on August 4.

Flooding and landslides in southern South Korea will pose a serious threat over the coming days. 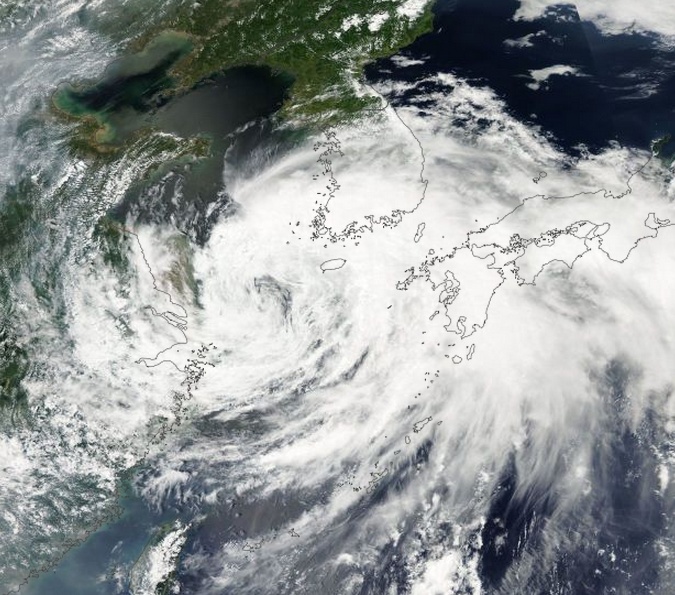 A new danger is expected next week when rapidly intensified Typhoon "Halong" moves closer in. 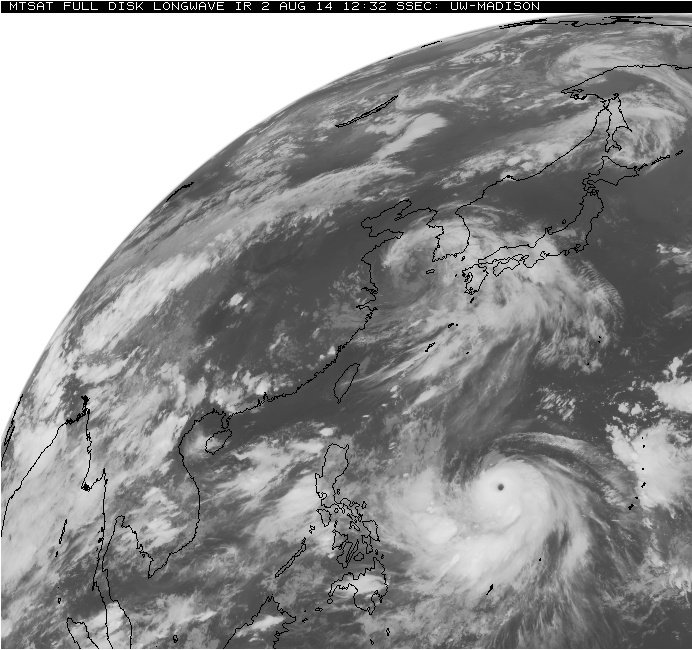