INGV Catania reports that in a short time lava flows reached the sea in several fronts. The activity was accompanied by numerous landslides.

Different from the overflows during July and yesterday evening, this time, the northern side of the NE crater was affected. First, it seems that a significant collapse occurred, accompanying the opening of a new effusive located at the northern base or flank of the NE crater. How much of the crater itself was affected is difficult to judge at this point.

The following image was taken by the thermal camera at 06:23 UTC. It shows three lava flows entering the sea, while two others, in the foreground, are close to reaching the coastline. 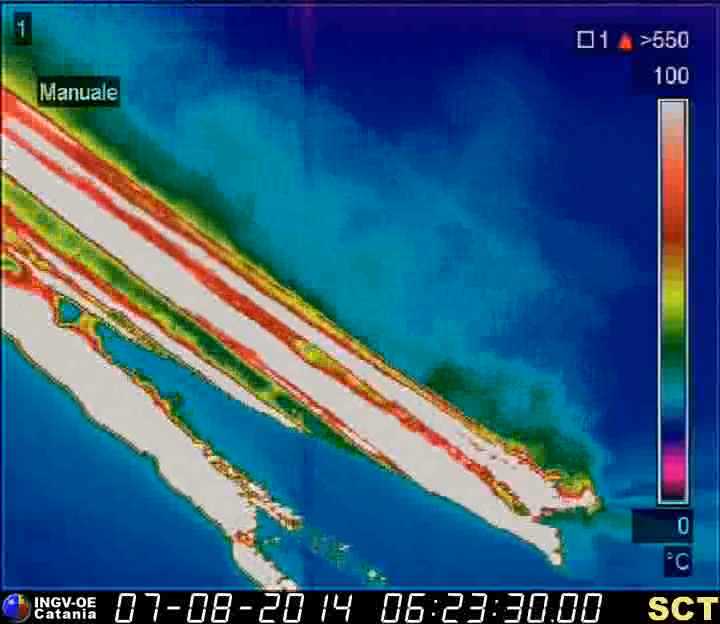 The lava flow suggest a very high effusion rate, many times larger than any of those overflows observed in recent years, VolcanoDiscovery reports. 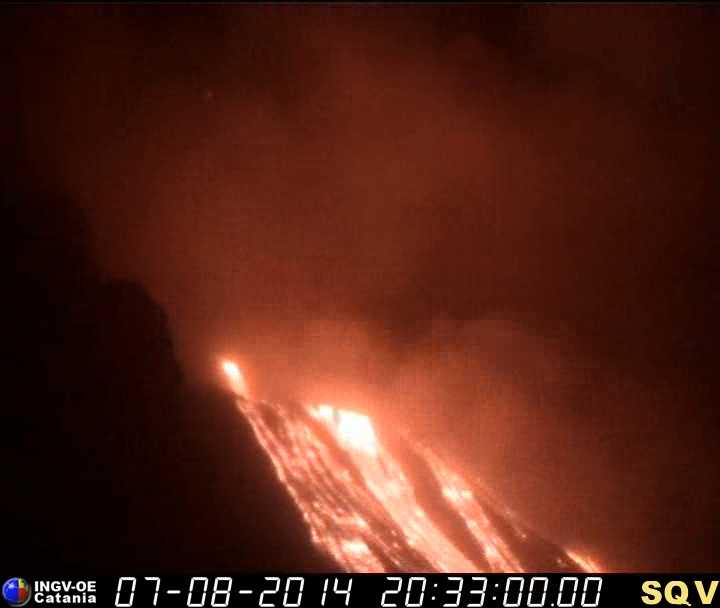 The following image was taken on August 6, 2014, a day before today's major flow:

Spectacular incandescent nighttime explosions at Stromboli volcano have long attracted visitors to the "Lighthouse of the Mediterranean." Stromboli, the NE-most of the Aeolian Islands, has lent its name to the frequent mild explosive activity that has characterized its eruptions throughout much of historical time. The small, 924-m-high island of Stromboli is the emergent summit of a volcano that grew in two main eruptive cycles, the last of which formed the western portion of the island. The Neostromboli eruptive period from about 13,000 to 5000 years ago was followed by formation of the modern Stromboli edifice. 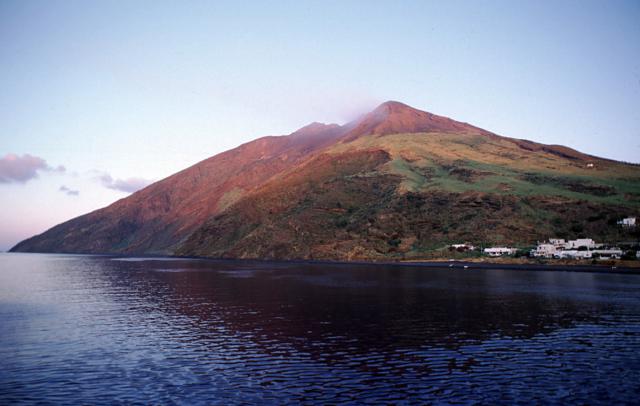 The active summit vents are located at the head of the Sciara del Fuoco, a prominent horseshoe-shaped scarp formed about 5000 years ago as a result of the most recent of a series of slope failures that extend to below sea level. The modern volcano has been constructed within this scarp, which funnels pyroclastic ejecta and lava flows to the NW. Essentially continuous mild strombolian explosions, sometimes accompanied by lava flows, have been recorded at Stromboli for more than a millennium. (GVP)