A new vent opened yesterday morning at 09:14 UTC at Etna volcano, Italy. The new vent is located about 150 – 200 metres north of the two previous vents at the eastern base of the NE crater.

Its activity is characterized by small strombolian explosions while a lava flow continues to be weakly alimented from one of the two other vents, VolcanoDiscovery repots. 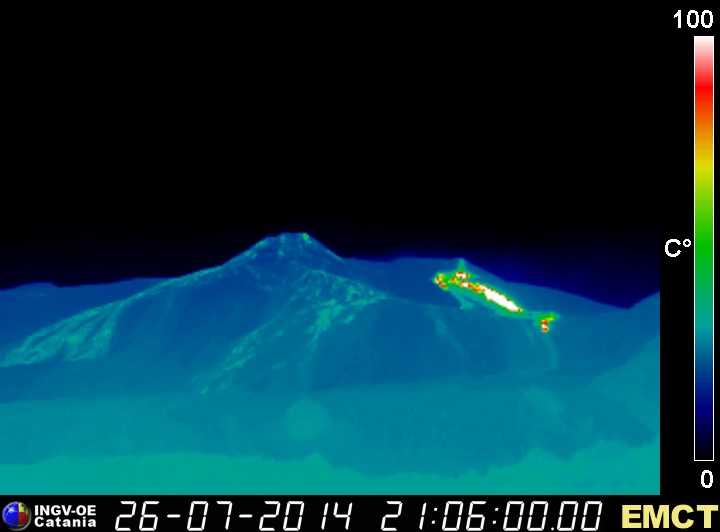 Termal image of the effusive vents at the base of the NE crater with graph volcanic tremors in last 6 days. Images credit: INGV Catania