Hundreds of fires covered central Africa in mid-July 2014, as the annual fire season continues across the region. Multiple red hotspots, which indicate areas of increased temperatures, are heavily sprinkled across the Congo (northwest), Angola (south), the Democratic Republic of the Congo (northeast), and Zambia (southeast).

Thick gray smoke rises from some of the hotspots, and in some areas, especially in the Democratic Republic of the Congo, strong winds drive the smoke to the south.

The fire season is an annual event in this region, as residents burn scrub, brush and woody savanna to open land for farming, for hunting and to drive away pests. Fire is also used on agricultural land to renew pasture grown and remove crop residue. Although lightning can also ignite fires in this region, it is highly likely that most of these fires are agricultural in origin.

This natural-color satellite image was collected by the Moderate Resolution Imaging Spectroradiometer (MODIS) aboard the Aqua satellite on July 16, 2014. Actively burning areas, detected by MODIS’s thermal bands, are outlined in red. 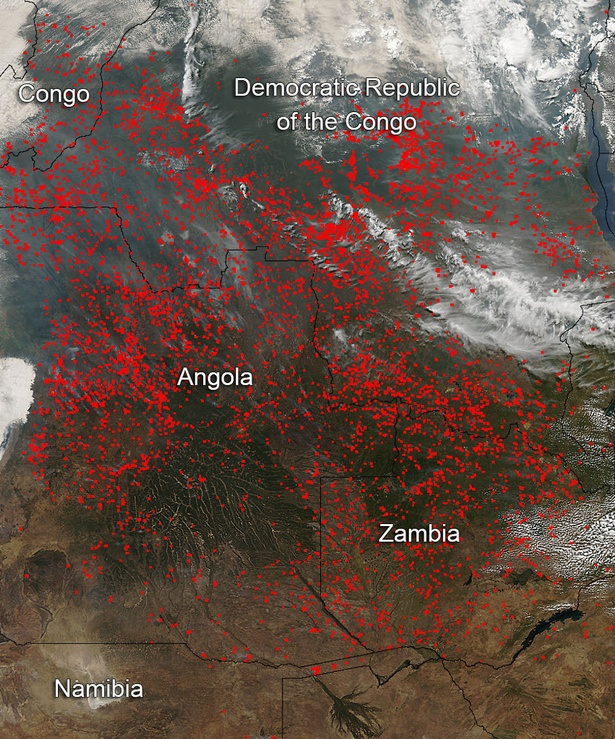