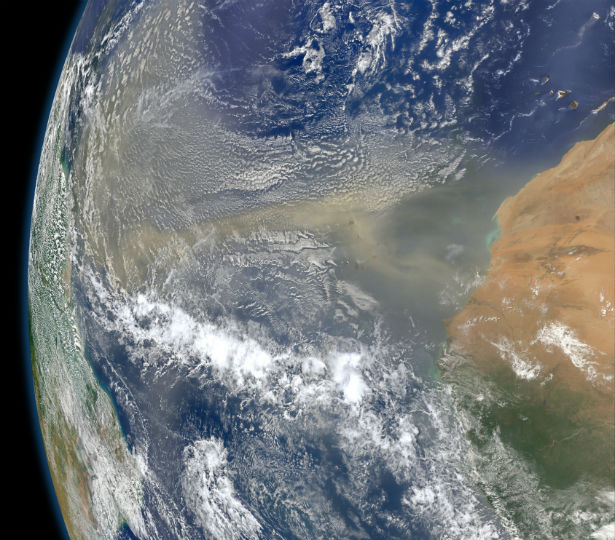 Disturbances such as large thunderstorm complexes or simply strong trade winds over North Africa periodically result in vast dust and sand storms, some of which extend as high as 6 000 meters. These can be driven out to sea within the Saharan Air Layer (SAL) as far west as North America.

Strong easterly winds started to push large amount of dust from western Africa across the Atlantic Ocean on June 22/23, 2014. A week later, the influx of dust was affecting air quality as far away as the southeastern United States and South America.

In imagery captured by the Moderate Resolution Imaging Spectroradiometer (MODIS), the dust appeared to be streaming from Mauritania, Senegal, and Western Sahara, though some of it may have originated in countries farther to the east. 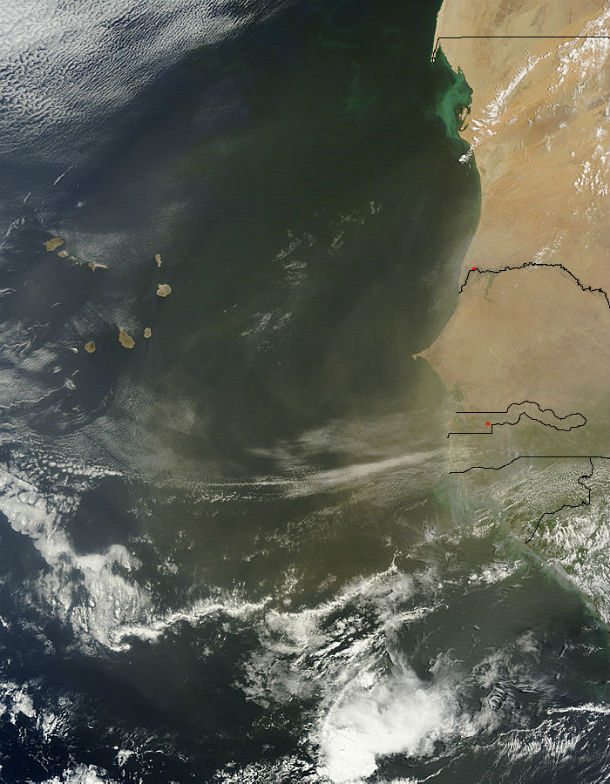 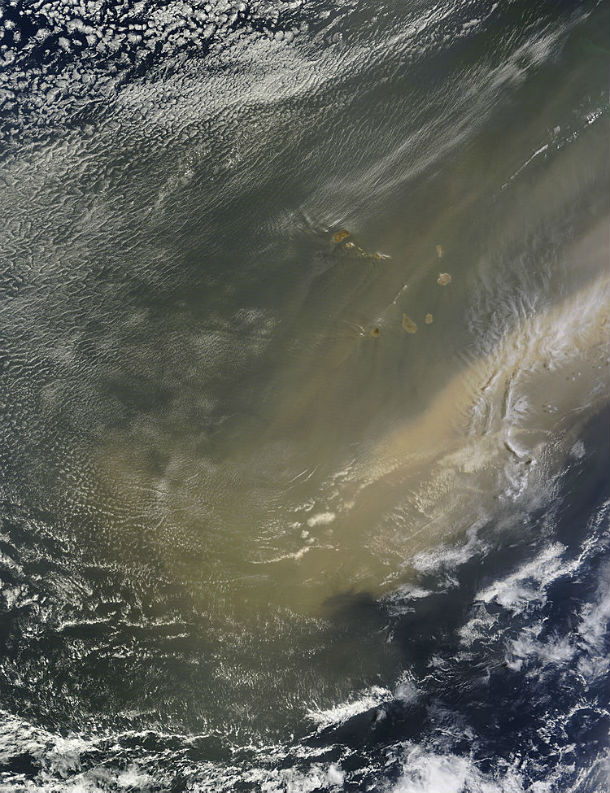 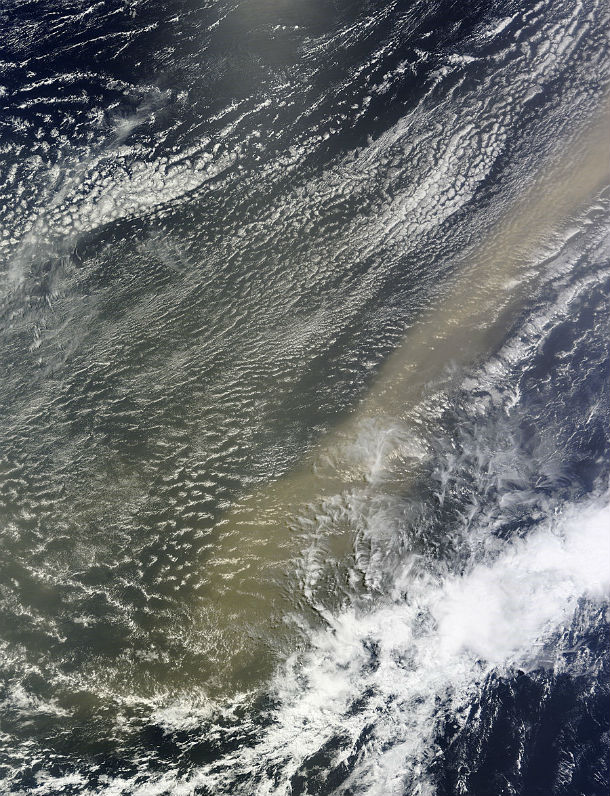 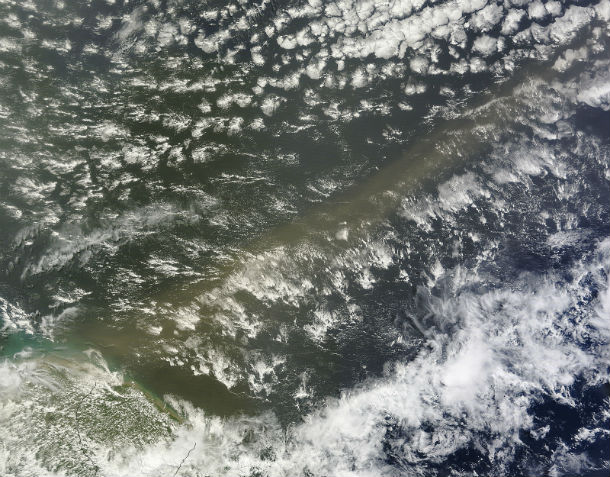 Each year, 40 million tons of dust from the Sahara is transported to the Amazon River Basin. The minerals in the dust replenish nutrients in rainforest soils, which are continually depleted by drenching, tropical rains. Sahara Desert nourishes the lush vegetation of the Amazon, from more than 8 000 kilometers (5 000 miles) away.

Infusion of Saharan dust can have a negative impact on air quality in the Americas. Scientists have also linked African dust to outbreaks of certain types of toxic algal blooms in the Gulf of Mexico and southern Florida. 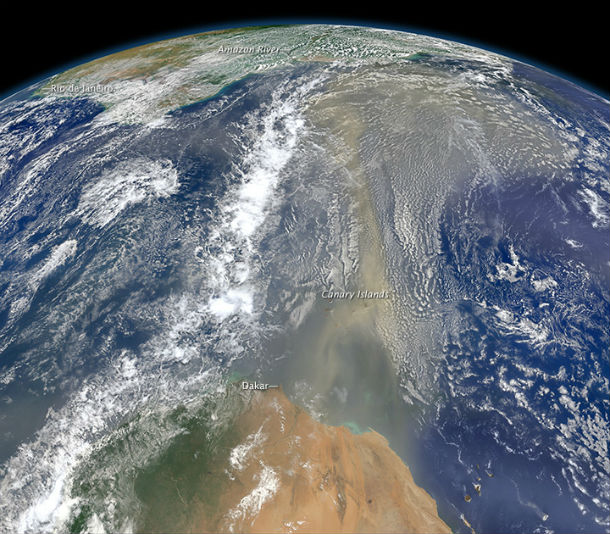 This composite image, made with data from the Visible Infrared Imaging Radiometer Suite (VIIRS) on Suomi NPP, shows dust heading west toward South America and the Gulf of Mexico on June 25, 2014. The dust flowed roughly parallel to a line of clouds in the intertropical convergence zone, an area near the equator where the trade winds come together and rain and clouds are common. (Credit: NASA/SUOMI NPP) 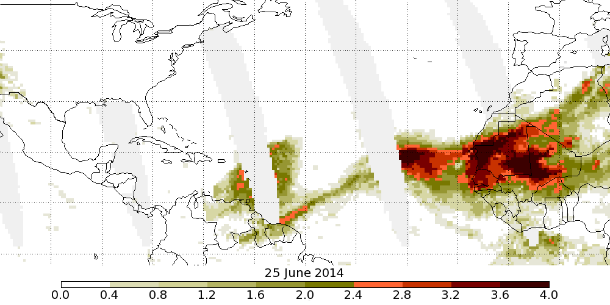 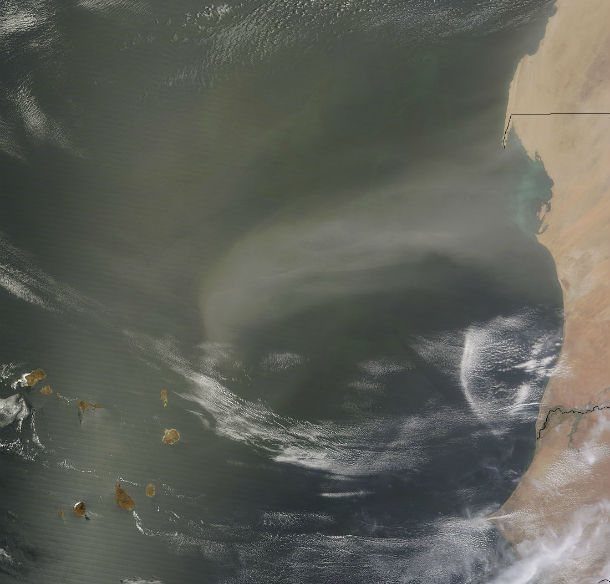