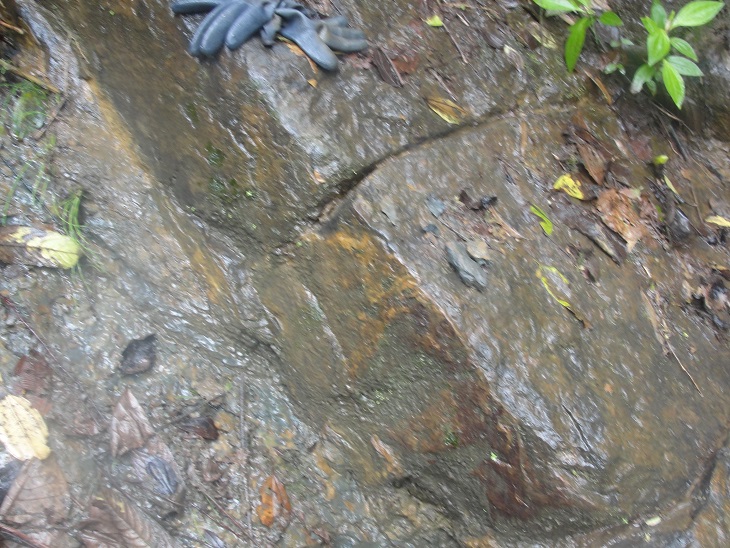 It has been several months since we last issued a project update announcement to the general public. That does not mean we have been simply sitting idle, rather we have waited until we had something well worth sharing.

First a brief recap summary of the situation and the project we are involved with. Some decades ago at least one or more persons stumbled upon a partly exposed megalithic structure deep in the Ecuadorian jungle known as the Llanganates. This is the most inhospitable jungle in Latin America and as far as I can discover it has no indigenous peoples or even any known history of human habitation before modern times. At present a few small colony villages exist just inside its fringes surviving by farming cattle in the swampy fields around the edges of the protected national park itself.

Despite being discovered and even photographed decades ago, nothing further followed for many years. It is understood now that over the years an occasional visitor would either stumble upon the site or be taken there by the handful of local villagers that remained aware of its existence. The site itself is on private land rather than national park jungle due to laws that allowed some hectares of land to be bought from the government in years gone by. 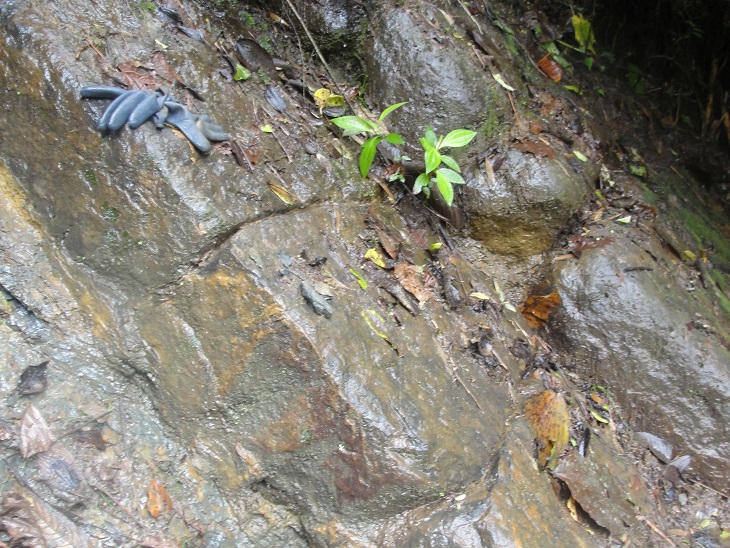 In 2012 a group of Ecuadorian adventurers were led into the jungle to seek out the structure they had seen in an old photograph. On the first attempt they became lost, yet fate took a lucky turn, they actually stumbled on a second megalithic site, a strange stone platform situated on the edge of a small river. Scattered about on the jungle floor and in the water itself were a multitude of artefacts and human engineered stone objects. As yet these artefacts have not been matched to any known culture and even their previous functions remain a mystery for the most part. Soon after this the same group launched a second attempt for the megalithic wall in their photograph, this time successfully reaching the site.

Thanks to our own efforts to make the public aware of this incredible discovery (or rediscovery even) images and video from the expedition and from others that followed have since sent shock waves through the global archaeological community. No expert has been able to offer an explanation for who might be responsible for this site nor when it could have been constructed. Quite simply it is not reasonable to think these sites were built in the dangerous interior of the Llanganates, rather it only makes sense to assume the structures were built at a time when the jungle was not present and have since been overgrown. The questions is then whether this might be centuries ago, or much more likely many millennia into our past!

As responsible researchers and explorers of ancient mysteries we decided to work hand in hand with the laws of this land and the relevant institutions (unlike some researchers). We made inquiries through a personal contact, a very senior figure in the Ministries of Patrimony and of Culture, and through him it was arranged for us to meet with the ministry police, archaeologists and administrators. This happened as arranged and we were able to convince the staff that an official expedition should take place. In 2013 that expedition took place.

Unfortunately the official report by the Ecuadorian government team was a conclusion that the site was entirely natural. For us this was completely unexpected and a terrible blow for our hopes that the site would be fully excavated, investigated and protected. It seems now that we and our associates, other independent researchers, have been left with the job of ensuring this site is given the true interest and respect it deserves. Task one is of course to gather enough evidence of the true nature of the sites (there are now several distinct but related locations already discovered) in respect to it being human engineered rather than natural.

For quite some time I had personally avoided visiting the sites in the jungle, knowing how hard they were to reach. Instead I relied on collaborating with other explorers and interviewing those that had been already or examining their captured images of megalithic blocks or artefacts. With the government report being so very wrong I knew I had to go and find conclusive evidence for myself. In April 2014 I set off to see for myself along with my friend and guide, Wilder Vinueza, despite the onset of the rainy season in the region. It was the hardest hike of my life by far – gruelling and unforgiving swampy terrain made up over 90% of the path ahead.

I should like to interject here that we have sought to involve the UNESCO World Heritage, The Royal Geographical Society, Ecuadorian institutions and international institutions but to no avail. The only interest has been from a few international media organisations. At present we are part of a loose coalition of poorly funded independent researchers and explorers – we need your help!

Near to the infamous megalithic wall was a final steeply sloping path, rather more like a mud chute if you lost your footing for a moment. At that time I did not know it but this path was almost opposite the exposed megalithic wall, and was in fact on an almost identical gradient. What was more at several points on the way down I noticed strange stone artefacts in the mud and what seemed to be pieces of broken building blocks made of the same dark stone recorded in pictures of the wall that I had examined. It was only later that I realised the most likely conclusion is that the path is in fact just mud covering a similar enormous megalithic structure. A nearby pyramid shaped hill also left me intrigued…

We were unlucky in some ways but lucky in others. The wet season had caused water levels to rise and had also turned the trickling waterfall at the left side of the structure into a raging torrent. My hope to climb the ancient stairs reportedly on that part of the megalithic wall were dashed, landslides were occurring even as we watched. Also gone was was my hope of reaching the second site where Wilder had previously located some pieces of statues. We would be limited to exploring the main exposed wall. That would turn out to be no bad thing at all. The increased rainfall had changed the landscape, more of the mud covering had been washed off revealing very obviously non-natural features.

What I saw that day was enough to turn any skepticism into certainty. Perfectly rectangular blocks, stepping of blocks, smooth stone facing, a double layer of stone facing and even steps cut into the stone. More stone artefacts were also present, mostly parts of larger objects but also small hand tools. Perhaps most important was the discovery of a cement type mortar, clay-like when wet but appearing to be stone when dry. We also found a small piece of what seemed to be pottery.

There can be no doubt now that what we have here is the remnants of human habitation from a very ancient era. The building techniques and artefacts do not match any known Ecuadorian culture. What we need to do now is have samples tested, dated, and examined by relevant experts.

Alongside this we need support in setting up a museum in the nearest local village where artefacts can be safely kept and shown to the public as well as to researchers in a safe easy to access environment.

The local people want a sustainable enterprise to be built up around this discovery and we fully support that, it is perhaps the best way to ensure commercial artefact theft or damaging excavations are avoided. To this aim we will be looking to help in raising funds for a museum and for other sustainable local enterprises, as well as for further research and exploration.

We will need your help – for more information about how to get involved or to suggest your ideas please contact me at fenton_bruce @ yahoo.co.uk