Ecuadorian Tungurahua volcano, one of South America's most prominent volcanoes, is showing early warning signs of potential flank collapse, a new research paper published in Science Direct suggests. A previous eruption of Tungurahua, around 3 000 years ago, caused a prior, partial collapse of the west flank, leading to a wide-spread debris avalanche of moving rock, soil, snow and water that covered an area of 80 km2 (30 mi2). Authors recommend the volcano should be closely monitored to watch for stronger signals. The last eruptive period of this volcano started on November 27, 2011, and ended on March 16, 2016 (Volcanic Explosivity Index 3).

According to study authors, led by Dr. James Hickey from the Camborne School of Mines, Tungurahua is displaying the hallmarks of flank instability, which could result in a colossal landslide.

New research has suggested that the volcano's recent activity has led to significant rapid deformation on the western flank, leading researchers to believe that the driving force causing this deformation could lead to an increased risk of the flank collapsing, causing widespread damage to the surrounding local area.

"Using satellite data we have observed very rapid deformation of Tungurahua's west flank, which our research suggests is caused by imbalances between magma being supplied and magma being erupted," Hickey said.

Tungurahua volcano has a long history of flank collapse and has also been frequently active since 1999, when its activity led to the evacuation of 25 000 people from nearby communities. 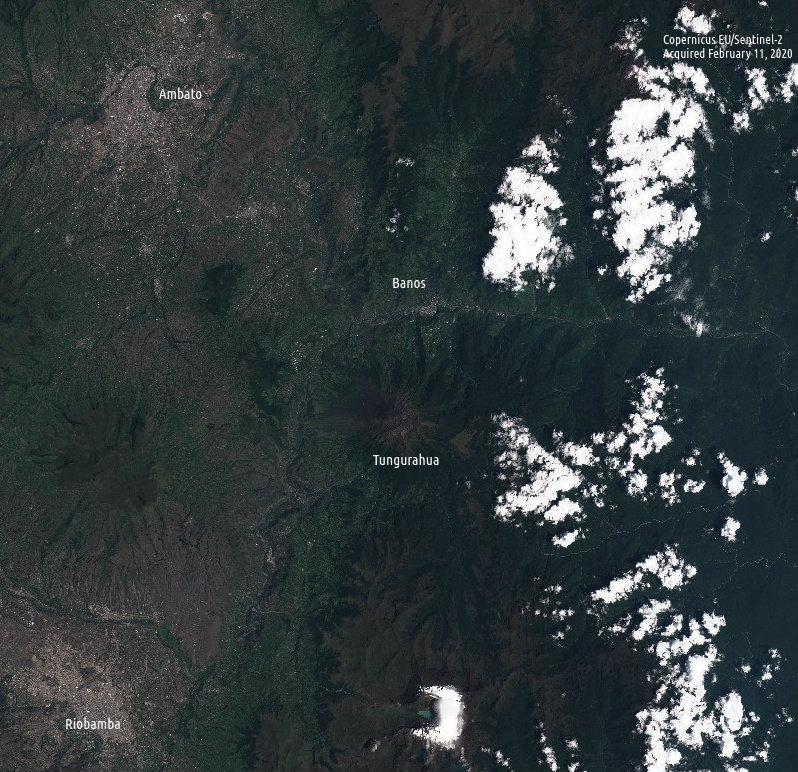 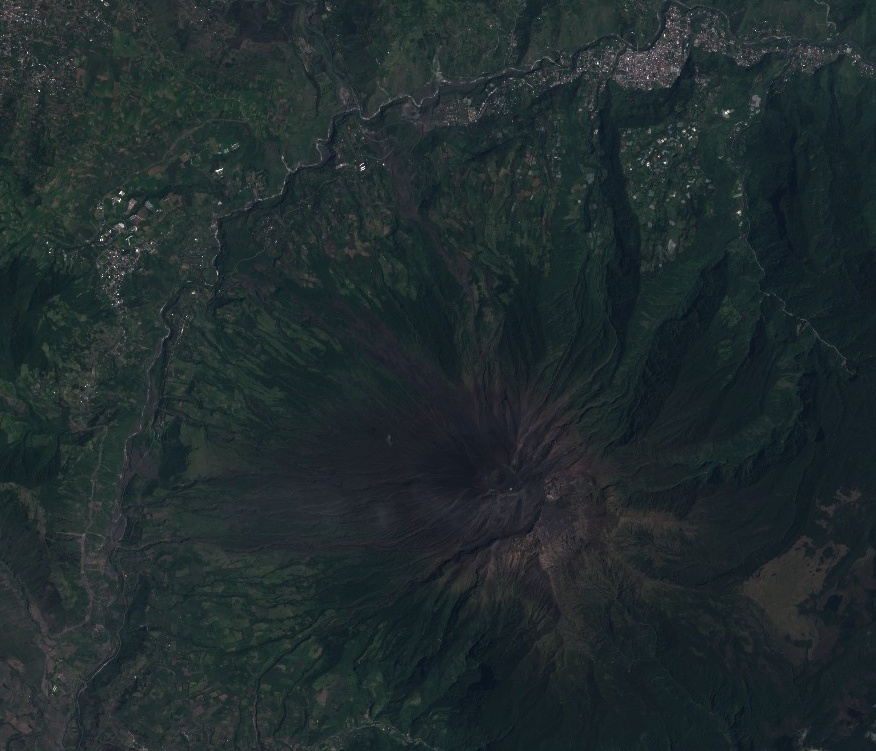 A previous eruption of Tungurahua, around 3 000 years ago, caused a prior, partial collapse of the west flank of the volcanic cone, leading to a wide-spread debris avalanche of moving rock, soil, snow and water that covered 80 km2 (30 mi2).

Since then, the volcano has steadily been rebuilt over time, peaking with a steep-sided cone more than 5 000 m (16 404 feet) in height.

However, the new west flank, above the site of the 3 000-year-old collapse, has shown repeated signs of rapid deformation while the other flanks remain stable.

The new research has shown that this deformation can be explained by shallow, temporary magma storage beneath the west flank. If this magma supply is continued, the sheer volume can cause stress to accumulate within the volcanic cone – and so promote new instability of the west flank and its potential collapse.

"Magma supply is one of a number of factors that can cause or contribute to volcanic flank instability, so while there is a risk of possible flank collapse, the uncertainty of these natural systems also means it could remain stable. However, it's definitely one to keep an eye on in the future."

Tungurahua, a steep-sided andesitic-dacitic stratovolcano that towers more than 3 km above its northern base, is one of Ecuador's most active volcanoes. Three major edifices have been sequentially constructed since the mid-Pleistocene over a basement of metamorphic rocks. Tungurahua II was built within the past 14 000 years following the collapse of the initial edifice.

Tungurahua II itself collapsed about 3 000 years ago and produced a large debris-avalanche deposit and a horseshoe-shaped caldera open to the west, inside which the modern glacier-capped stratovolcano (Tungurahua III) was constructed.

Historical eruptions have all originated from the summit crater, accompanied by strong explosions and sometimes by pyroclastic flows and lava flows that reached populated areas at the volcano's base.

Prior to a long-term eruption beginning in 1999 that caused the temporary evacuation of the city of Baños at the foot of the volcano, the last major eruption had occurred from 1916 to 1918, although minor activity continued until 1925. (GVP)