GeoNet is reporting that the quake was felt strongly in both islands, and as of 20:30 local time they had received over 8000 felt reports from the public, with multiple reports of damage. 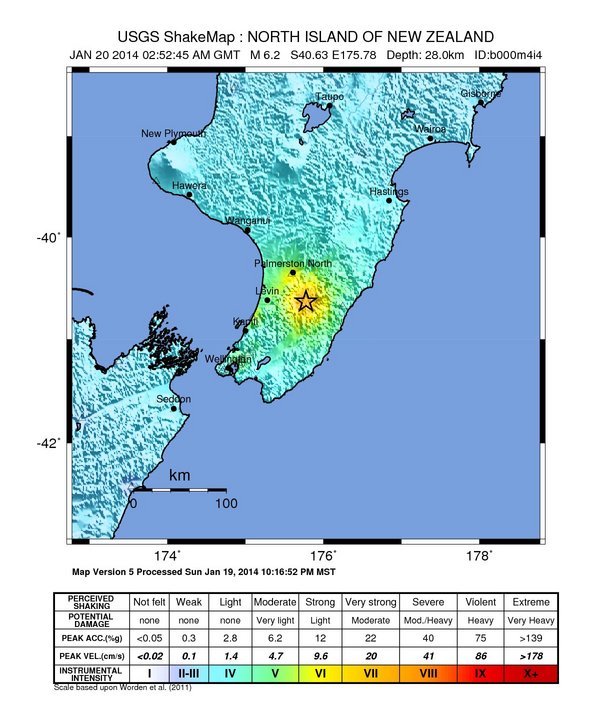 As with any aftershock sequence, we cannot rule out the possibility of occurrence of future larger earthquakes. The after shock region considered includes most of the lower North Island.

GNS Science and GeoNet are also planning to deploy more seismometers to the region to supplement the permanent GeoNet network. The seismology team at GNS Science is also attempting to understand the earthquakes in the context of recent and ongoing seismicity. Specifically, efforts are aimed at comparing the current earthquakes with a sequence of events that occurred to the north of Eketahuna in the early 1990s. We are also considering possible links to the ongoing Kapiti slow slip event.

The likelihood of a larger triggered event in the coming weeks is minor. However, it is possible and we should all take this opportunity to review our earthquake emergency plans." (GeoNet) 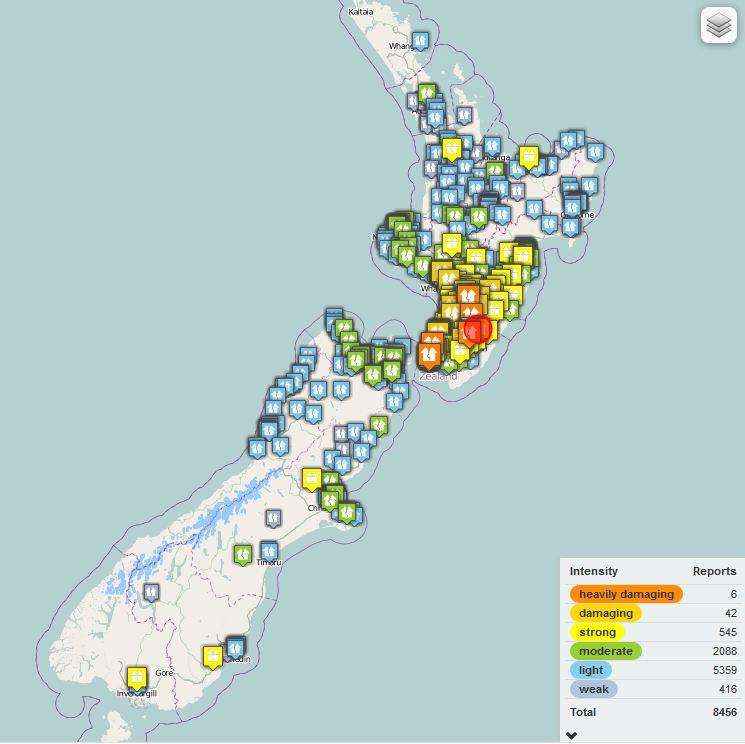 The earthquake resulted from northeast-southwest oriented normal faulting 175 km to the west of the Hikurangi Trench, where the Pacific plate subducts westward beneath the North Island. At the latitude of this event, the Pacific plate moves towards the west-southwest with respect to the Australia plate at a rate of approximately 42 mm/yr. The faulting character, location and depth of this earthquake indicate it is an intraplate event either within Australia plate crust above the subducting Pacific plate, or within the interior of subducted Pacific slab, rather than a plate boundary event on the subduction zone thrust interface.

New Zealand experiences fairly frequent moderate-sized earthquakes; the region within 200 km of the January 20, 2014 event has experienced 35 earthquakes of M 5.5 or larger over the past century. The 2014 event is just a few kilometers to the east of a M 7.3 earthquake in March of 1934, and approximately 40 km southwest of two M 6.2 and 6.4 earthquakes near Dannevirke in March and May of 1990, respectively. The 1990 events did not cause significant damage or fatalities. (USGS)