At least three people have been killed, and one more person is considered missing. Waves of rain continue to push through the impacted communities directly hurting the rescue efforts, particularly in Boulder and Larimer counties.

The NWS issued a flash flood emergency for the county and northwest Jefferson County, while a mandatory evacuation order was in effect for the tiny community of Jamestown and the Fourmile area.  "The rains have been sitting over that area," Boulder Office of Emergency Management spokeswoman Gabrielle Boerkircher said.

Boulder saw more than 18 cm (7 inches) of rain in 24 hours, shattering the town's 95-year record for rainfall. Near the town of Lyons, rescuers were kept back when St. Vrain Creek swelled and a dam failed near Pinewood Springs. 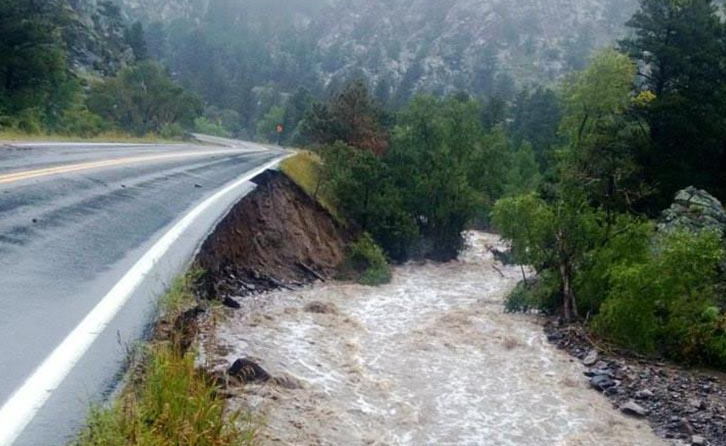 Roads and major highways across the area are closing. Mudslides are causing additional damage and making rescue efforts more difficult.

The NWS issued a flash flood warning for Denver, parts of Broomfield, Adams, Weld, Larimer, and El Paso counties. Reverse emergency phone calls were sent out to residents, warning them about high water in the area.

The flooding has washed away at least three buildings in the mountains and caused cars to plunge into rushing water after a road collapsed in suburban Denver. 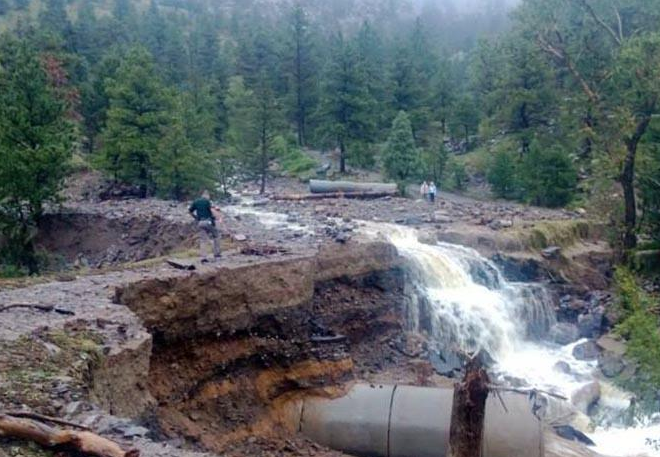