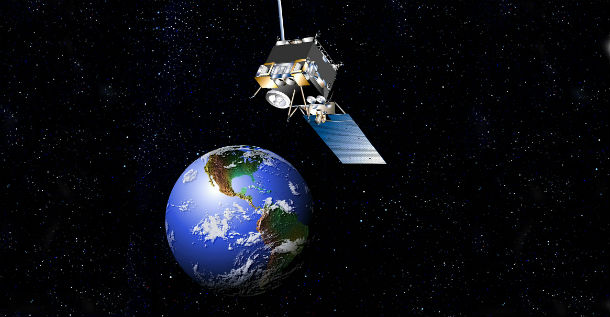 GOES-13, an American weather satellite, which forms part of the US National Oceanic and Atmospheric Administration's Geostationary Operational Environmental Satellite (GOES) system, is currently non-operational due to an anomaly which occurred on May 22, 2013.GOES-13,  currently located in a geostationary orbit at a longitude of 75° West, unexpectedly suffered an anomaly and is no longer pointed towards the Earth for as yet unknown reasons. 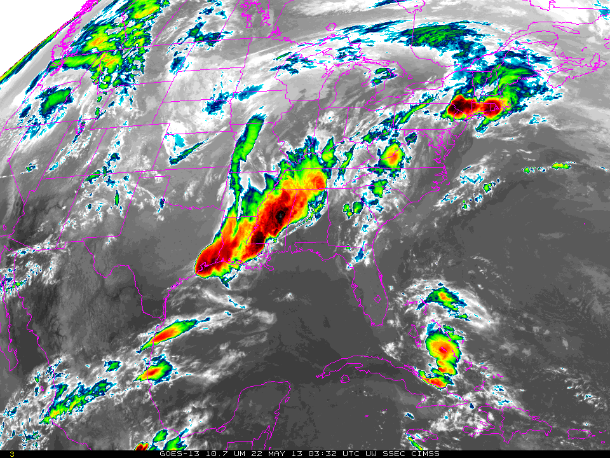 NOAA's reports show the first sign of trouble with GOES-13, the primary East coast satellite, emerged at 03:40 UTC on May 22, 2013 when it failed to relay expected images. Latest special message from NOAA's Office of Satellite Operations says GOES-13 imaging and sounding operations are suspended and recovery efforts for GOES-13 continue. GOES-14 is being activated. GOES-14 remains in geostationary orbit at 105.5° West longitude. GOES-14 data will *not* be relayed via GOES-13 — so ground station users will need to reposition their antennas to receive GOES-14 direct readout data. 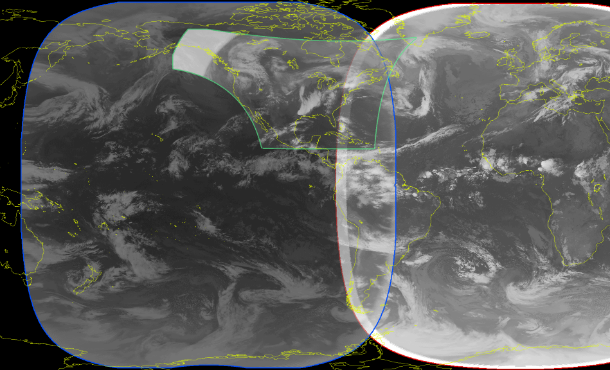 With the temporary loss of GOES-13 (GOES-East), the GOES-15 (GOES-West) satellite, located at 135° West longitude, has been placed into Full Disk scan mode, which only provides imagery over CONUS every 30 minutes. During such an outage of geostationary satellite data, imagery from polar-orbiting satellite instruments (such as Terra and Aqua MODIS, Suomi NPP VIIRS, and POES AVHRR) can be used when available to help fill in temporal data gaps, and also provide a much more detailed image in terms of spatial resolution. 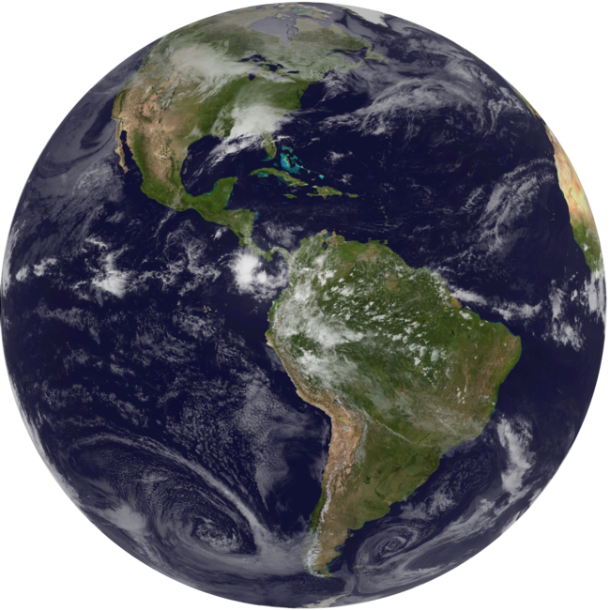 You can check GOES 13 status here.

NOAA typically operates two GOES satellites plus one on-orbit spare, which enable them to watch for clouds and developing storms, overlooking the East and West coasts. The GOES-East satellite takes images of the Northern Hemisphere every 30 minutes and of the entire Western Hemisphere every 3 hours. In case that second GOES fail, NOAA will operate its remaining satellite to get images of full US every 30 minutes. GOES-14 took up the duties of GOES-13 and its imagery started flowing to AWIPS as the GOES-East satellite at 10:00 UTC on 23 May 23, 2013. Critical satellite images will continue, however, if GOES-14 would become primary GOES East satellite, then there are no more spares and the next GOES failure would result in gaps in coverage. GOES 12 could be called from service over South America if needed. The next scheduled launch of a new satellite is not until 2015 (GOES-R). 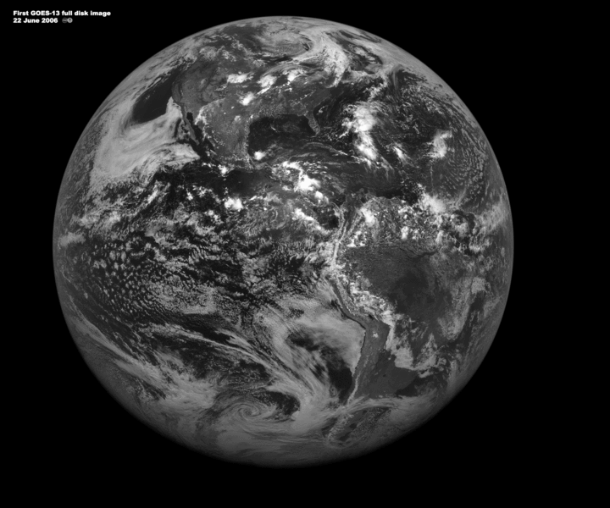 In December 2006 GOES-13 observed an intense solar flare which damaged its Solar X-ray Imager (SXI). On September 12, 2012, GOES-13 began to return images with an excessive amount of noise. GOES-15 temporarily provided backup imagery for a short time, with GOES-14 being taken out of in-orbit storage and prepared to be a longer-term replacement. GOES-13 returned to normal operations on October 18, 2012. 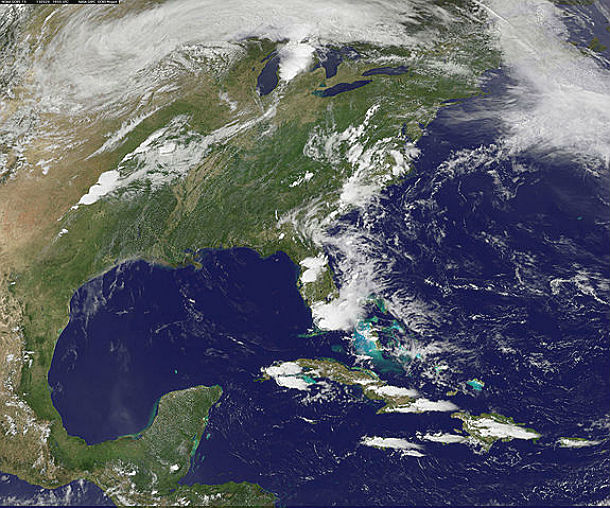 A line of thunderstorms that resembles an exclamation mark in this image from NOAA's GOES-13 satellite gave rise to the tornado that hit Moore, Oklahoma on May 20, 2013. The tornado was generated near the bottom of the line of clouds. (Credit: NASA/NOAA GOES)

GOES-13 satellite designed to track severe weather in the US, has failed just few days before the official start of the 2013 Atlantic hurricane season. This satellite provides coverage for the entire US eastern seaboard and is relied upon to track hurricanes threatening cities along the coast. It’s responsible for GOES East imagery, mainly that of monitoring the eastern United States and much of the western Atlantic Basin. NOAA predicted above-average hurricane season with as many as 13 to 20 tropical storms, with half of those likely to strengthen. 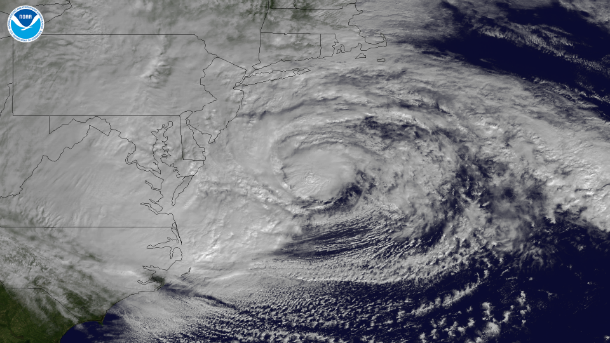 This NOAA GOES-13 satellite image taken on October 29, 2012 shows the storm as it is centered off of Maryland and Virginia.(Credit: NOAA)

Last year, GOES-13 was offline for about five weeks and returned just in time to monitor Hurricane Sandy as it began to affect the East Coast. GOES-14 was kept in normal operations and used to monitor Superstorm Sandy in parallel with GOES-13 before GOES-14 returned to standby status.

Updates on GOES-13 and all satellites can be found here.