NOAA officially returned the GOES-13 spacecraft to normal operations at 15:45 UTC on June 10, 2013 after it spent two and a half weeks in safe mode. Tests showed that the arm for the solar array panel was likely hit by a micrometeoroid on May 22, 2013 causing the spacecraft to kick off its geostationary balance. GOES-13’s instruments were automatically shut down, and engineers put the satellite in safe mode until they could analyze the problem. The team of engineers – from NOAA, NASA, Boeing and Exelis – determined that the collision did not damage GOES-13’s instruments or the satellite itself. 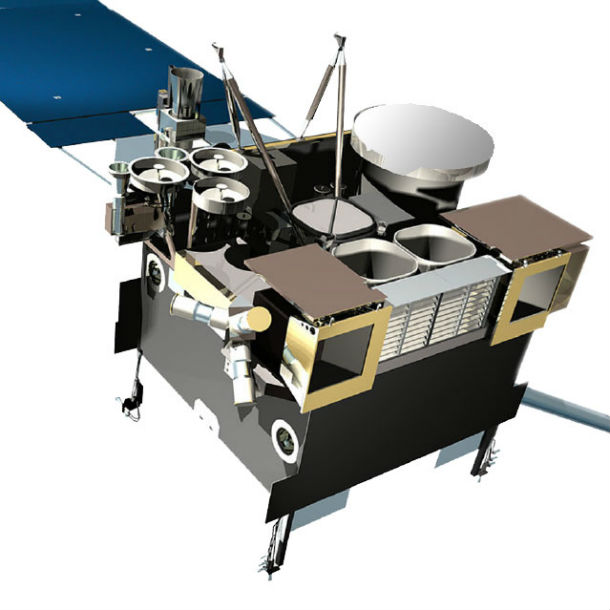 The first sign of trouble for GOES-13 emerged at 03:40 UTC on May 22, 2013 when it failed to relay expected images. GOES-13 imaging and sounding operations were suspended and put in storage mode. While GOES-13 was shut down, NOAA configured two of its other GOES satellites (GOES-14 and GOES-15, which is parked over the western U.S.) to provide backup coverage for the eastern U.S. and part of the Atlantic Ocean.

NOAA immediately configured GOES-15, the West Coast satellite parked at 135 degrees longitude, to provide additional coverage of the eastern United States and part of the Atlantic Ocean. During the early hours of May 23, 2013 GOES-14 was activated from its orbital storage position at 105 degrees W longitude to provide coverage of the East Coast, as GOES East satellite. 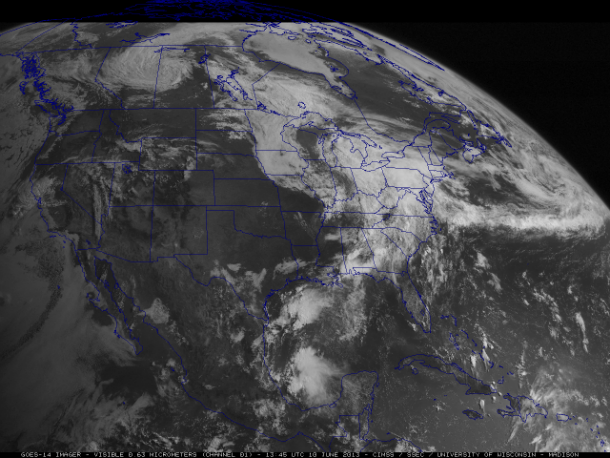 The transition from GOES-14 to GOES-13, as seen in visible channel data from the Imager instrument. Click here to see the animation. (Credit: NOAA/CIMSS)

NOAA operates two GOES spacecraft at all time – one in the East and the other in the West. Both GOES satellites are hovering 22,300 miles above the equator. NOAA always keeps an additional GOES in orbital storage mode ready to step in if one of the active satellites encounters trouble. Additionally, NOAA operates the polar-operational environmental satellite (POES) program – satellites that fly 540 miles above the Earth's surface, circling near the North and South poles. The data from POES is critical for long-term forecasts.

GOES satellites are geostationary satellites – they orbit the equatorial plane of the Earth at a speed matching the Earth's rotation. GOES Satellites stay above a fixed spot on the surface that enables them to provide a constant vigil for the atmospheric "triggers" for severe weather conditions such as tornadoes, flash floods, hail storms, and hurricanes. When these conditions develop the GOES satellites are able to monitor storm development and track their movements. GOES satellite imagery is also used to estimate rainfall during the thunderstorms and hurricanes for flash flood warnings, as well as estimates snowfall accumulations and overall extent of snow cover. Satellite sensors also detect ice fields and map the movements of sea and lake ice. 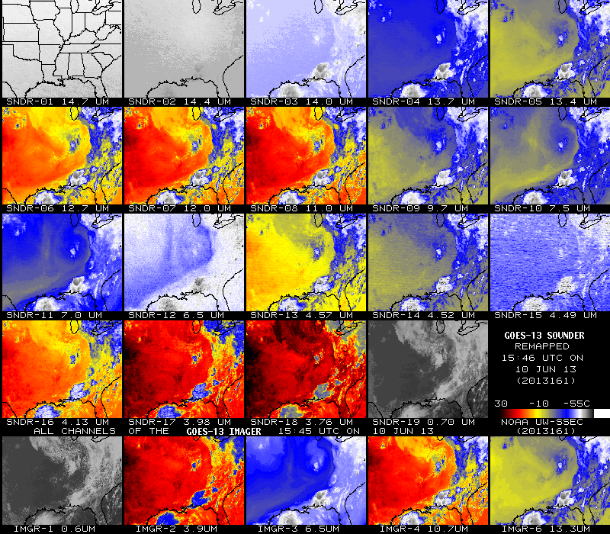 GOES-13 satellite remains over the eastern U.S., where it monitors the East Coast and the tropical Atlantic.