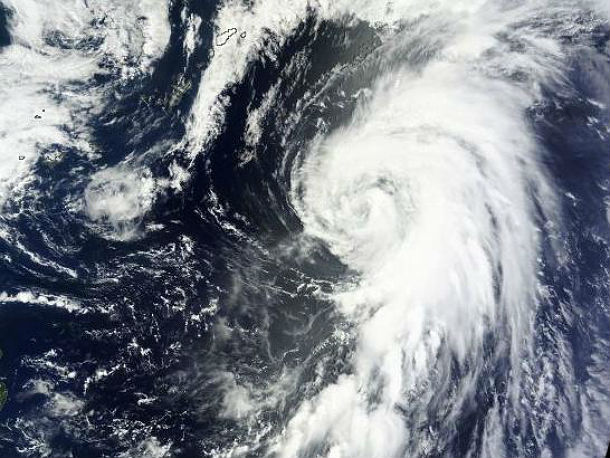 Tropical Storm Yagi is moving northward towards the southern coast of Japan and that general motion is expected to continue for the next few days. The center of the early season Tropical Storm Yagi could approach and reach the coast between Tokyo and the island of Shikoku in Japan, potentially giving localized excessive rain and flooding. However, no widespread adverse rain or wind impacts are expected at this time. The presence of relatively cool surface water spread southward from the Japan mainland should weaken the system. 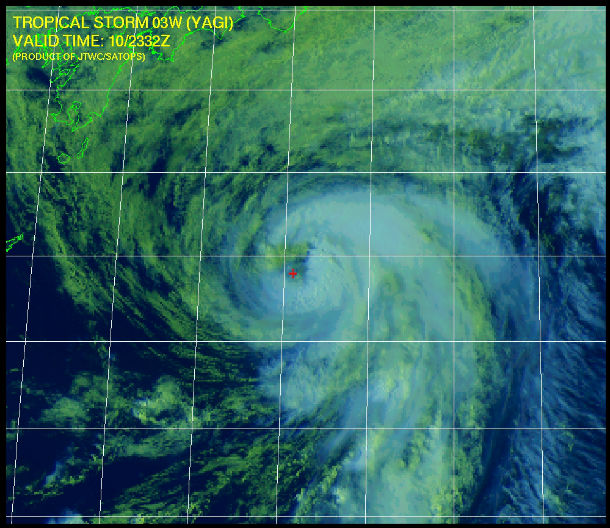 According to latest report by Joint Typhoon Warning Center (JTWC), the center of Tropical Storm Yagi was located approximately 307 nm west- northwestward of Chichi Jima, and was moving north-northeastward at  speed of 17 knots.

Animated multispectral satellite imagery depicts the tightly-curved banding features wrapping into the well-defined low level circulation center has persisted over the past few hours, but the convection continues to weaken over the low level circulation center with the center almost fully exposed. Yagi is tracking along the western periphery of the subtropical steering ridge, and will continue tracking poleward along the western periphery of the current steering ridge over the next 24 hours. 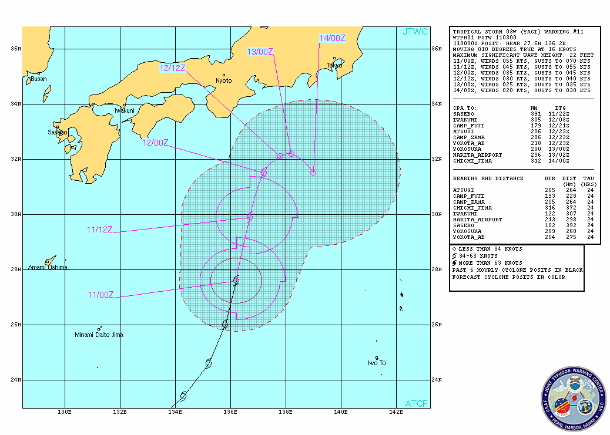 Forecasters with the Japan Meteorological Agency (JMA) expected a northward turn on June 12, 2013. The system is expected to weaken and slow down at sea well south of Osaka. Passage over cooler water, interaction with the Baiu boundary and a further increase in vertical wind shear will induce steady dissipation during this period, causing the system to track with the low to mid-level steering flow after the next 24 hours. 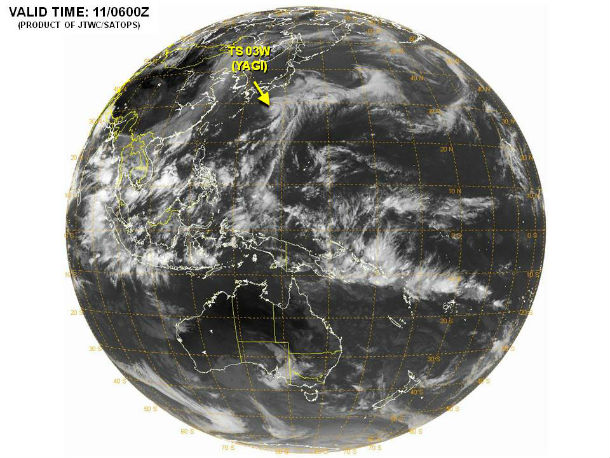