Animated infrared satellite imagery reveals an elongating and fully-exposed low level circulation center. The overall organization of the system has become increasingly poor as the convection has further displaced from the low level circulation center. Upper-level analysis reveals an unfavorable environment as strong to moderate (20-30 knots) northwesterly vertical wind shear has persisted over the system. 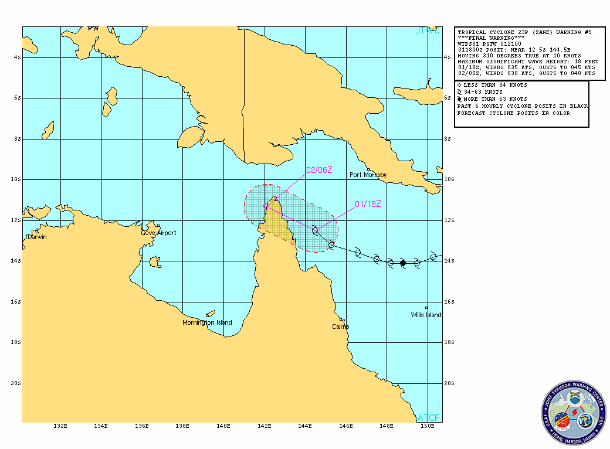 Dynamic model guidance is continuing to show a poor upper-level environment as the system encounters increasing vertical wind shear and persistent westerly flow through the forecast period. Zane is expected to dissipate below warning threshold in the next 12 hours due to these poor conditions and will further unravel as it interacts with the Cape York peninsula. 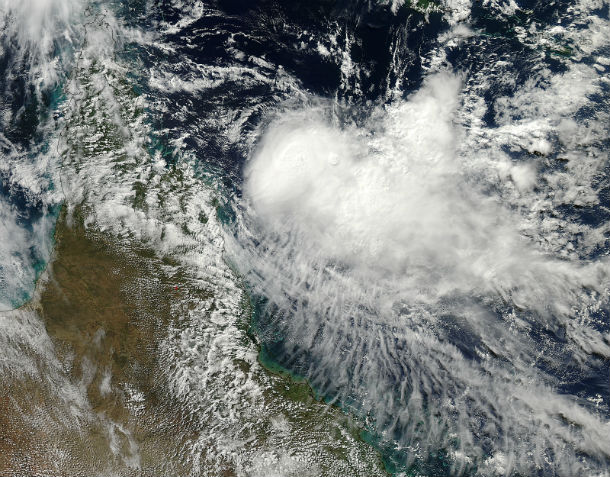 NASA’s Aqua satellite passed over Zane on May 1, 2013 at 04:05 UTC and the MODIS instrument captured a visible image of the cyclone. Zane’s most powerful thunderstorms continue to be around the low-level circulation center, and south of the center. (Credit: NASA Goddard MODIS Rapid Response Team)

NASA’s Aqua satellite captured an image of Cyclone Zane headed toward the northern Cape York Peninsula of Queensland where it made landfall on May 2, 2013 and is about to cross into the Gulf of Carpentaria. A cyclone warning is in effect for coastal areas from Mapoon to Cape York to Cape Flattery.

Cyclone Zane’s maximum sustained winds were near 55 knots (63.2 mph/101.9 kph). Zane is tropical storm strength. Zane’s maximum sustained winds had dropped to 45 knots (51.7 mph/83.3 kph) over the course of three hours. Animated multispectral satellite imagery showed that the low level circulation center is partially exposed to outside winds. Vertical wind shear has been increasing from the northwest, and the forecasters at the Joint Typhoon Warning Center now expect Zane to weaken before making landfall in northeastern Queensland. After a brief track west across the Cape York Peninsula, Zane is expected to emerge into the Gulf of Carpentaria where wind shear will weaken and dissipate the storm. 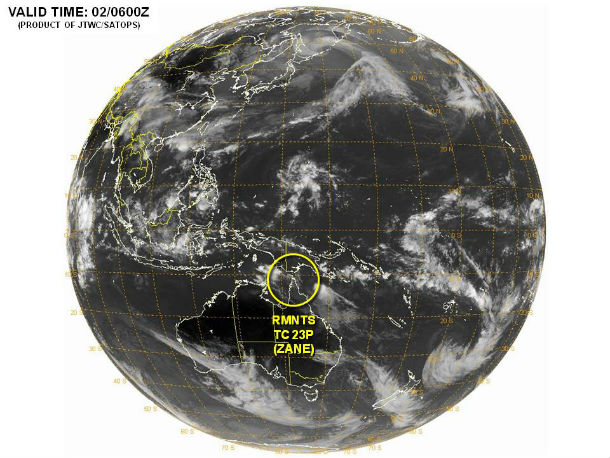