The new, 11th paroxysm from the Etna's New SE crater occurred on April 18, 2013 with lava fountains, a lava flow directed into the Valle del Bove, and a column of ash and lapilli that expanded south-southwestward. The phase of lava fountaining was followed by a long series of powerful explosions, with detonations audible as far as Catania.

Another paroxysm is possibly on the way. Strombolian explosions intensified last days and lava appeared at several vents on the New SE crater fissure. Volcanic tremor amplitude is also showing a gradual increase. 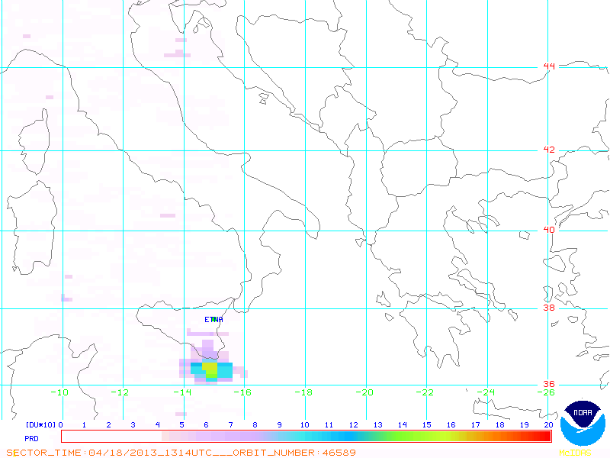 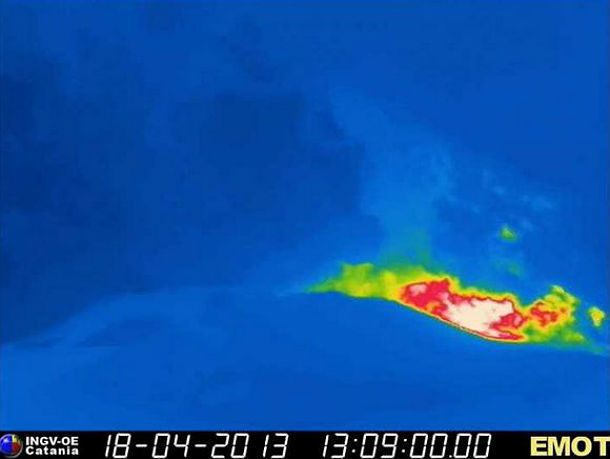 New activity has started from Etna's New SE crater late on April 16, 2013. Degassing vents were seen at the crater. While tremor has been showing a slow increase, activity increased and was followed by strombolian bursts. This activity continued, with minor fluctuations until the early morning of 18 April, when the intensity and frequency of the explosions started to increase.

Last week, on April 11, 2013, Etna surprised us with steam and ash rings. Some volcanologists think that it could be related to brief explosions in a confined vent which then expands into a smoke ring. 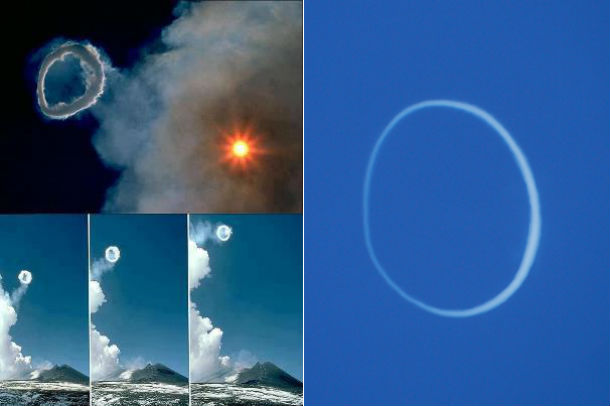