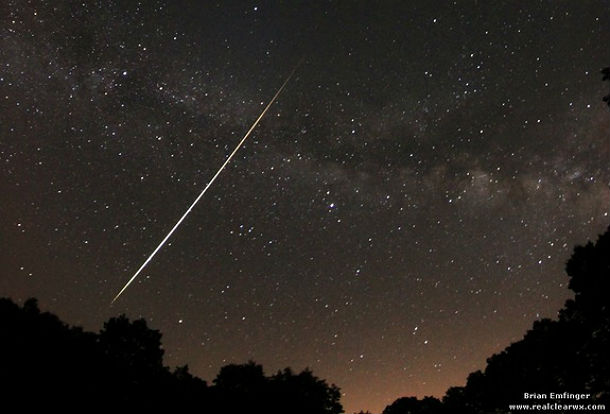 Earth is approaching the debris field of ancient Comet Thatcher, source of the annual Lyrid meteor shower. Every year in late April Earth passes through the dusty tail of Comet Thatcher (C/1861 G1), and the encounter causes a meteor shower – the Lyrids.Flakes of comet dust, most no bigger than grains of sand, strike Earth’s atmosphere traveling 49 km/s (110,000 mph) and disintegrate as streaks of light. This year the shower peaks early morning on April 22, 2013. Forecasters expect 10 to 20 meteors per hour, although outbursts as high as 100 meteors per hour are possible.

The annual meteor shower should give skywatchers in darkened parts of the world a solid show late on April 21, 2013 and early on April 22, 2013. The glare from a nearly full moon might possibly obstruct the view for many stargazers.


Lyrid meteors are typically as bright as the stars in the Big Dipper, which is to say of middling brightness. But some are more intense, even brighter than Venus. These “Lyrid fireballs” cast shadows for a split second and leave behind smokey debris trails that linger for minutes.

Occasionally, the shower intensifies. Most years in April there are no more than 5 to 20 meteors per hour during the shower’s peak. On occasions, when Earth glides through an unusually dense clump of comet debris, the rate increases. 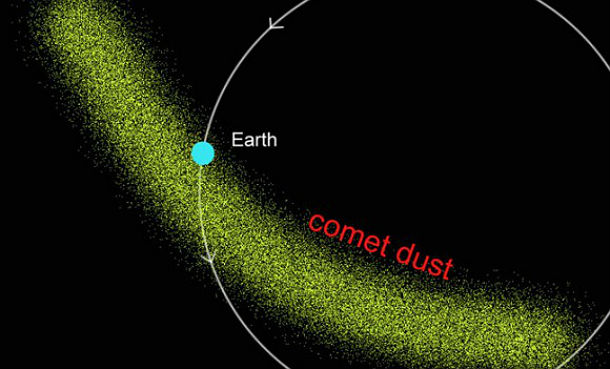 Comet Thatcher circles the sun once every approxiimately 415 years. Each time it does, the comet leaves dust and small bits of ice and rock in a trail behind it. Sometimes it sheds more dust than others, creating denser filaments that can make for unexpectedly high numbers of Lyrid meteors when the Earth passes through. (Illustration: Bob King) 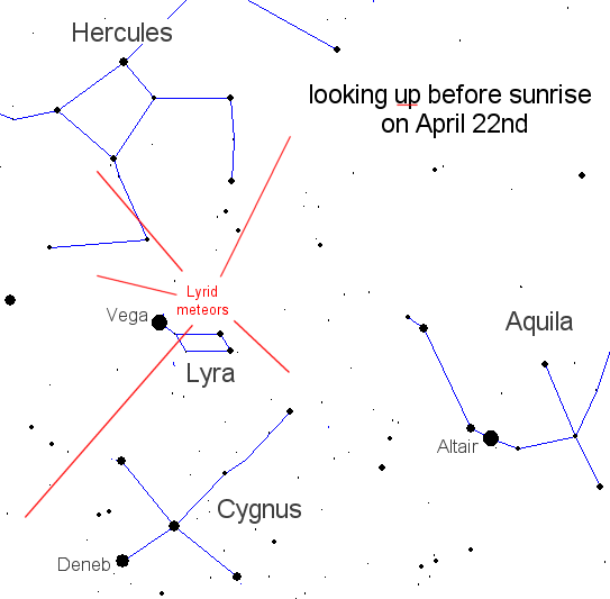 Experienced meteor watchers suggest the following viewing strategy: Dress warmly. Bring a reclining chair, or spread a thick blanket over a flat spot of ground. Lie down and look up somewhat toward the east. Meteors can appear in any part of the sky, although their trails will tend to point back toward the radiant – toward Vega. Vega is a brilliant blue-white star about three times wider than our Sun and 25 light years away. You might have seen Vega in Carl Sagan’s movie Contact. 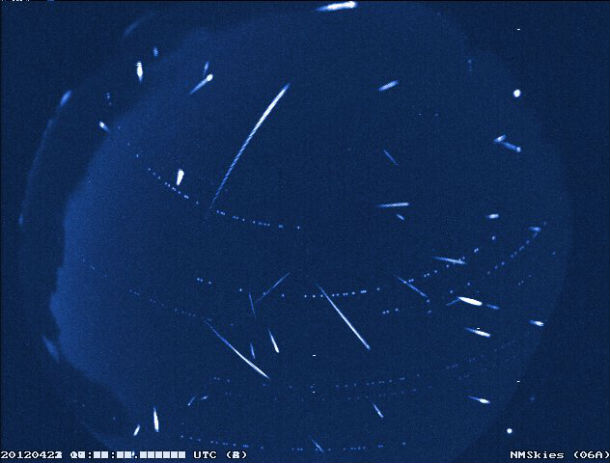