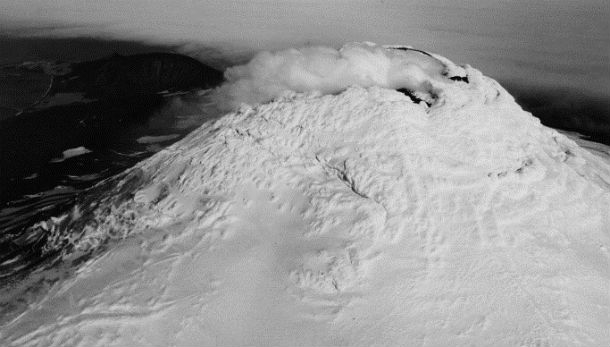 The wind also creates interesting wave patterns as it blows past each island. As the fast-moving air hits the high, blunt, mountainous terrain, the forward motion stops, and air flow is directed around the obstacle in turbulent wave patterns. Such turbulence is often written in the cloud patterns – and the ship-waved-shape wave clouds seen here are typical patterns for the turbulence created by the South Sandwich Islands. 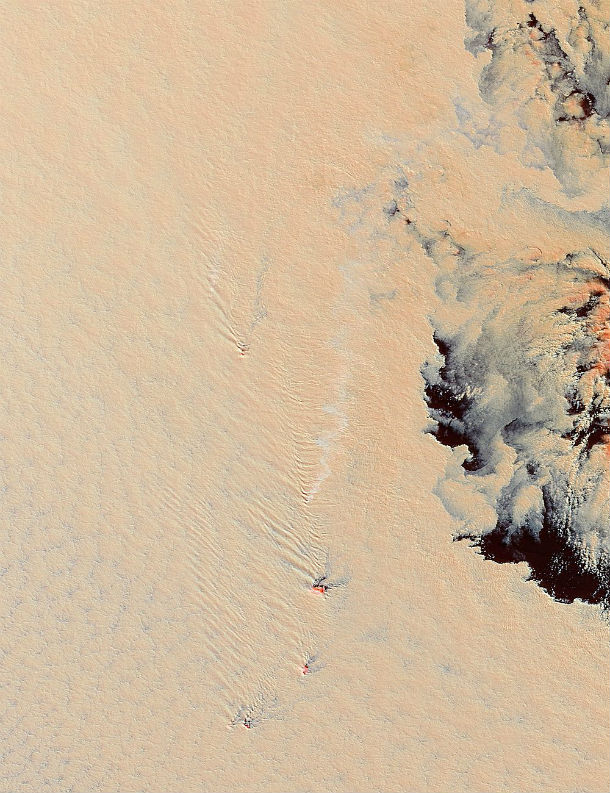 The islands captured in this pictures are all volcanic in origin, with steep, mountainous terrain. The tall peaks form a blunt barrier against the roaring winds that blow across the open ocean. When wind slams into the immobile terrain, it is forced up and around, creating turbulent air flow on the lee side. The wind-formed cloud patterns created by the turbulent air behind each island are known as ship-wave-shaped wave clouds, because they look similar to waves left in the wake of a ship traveling through water. 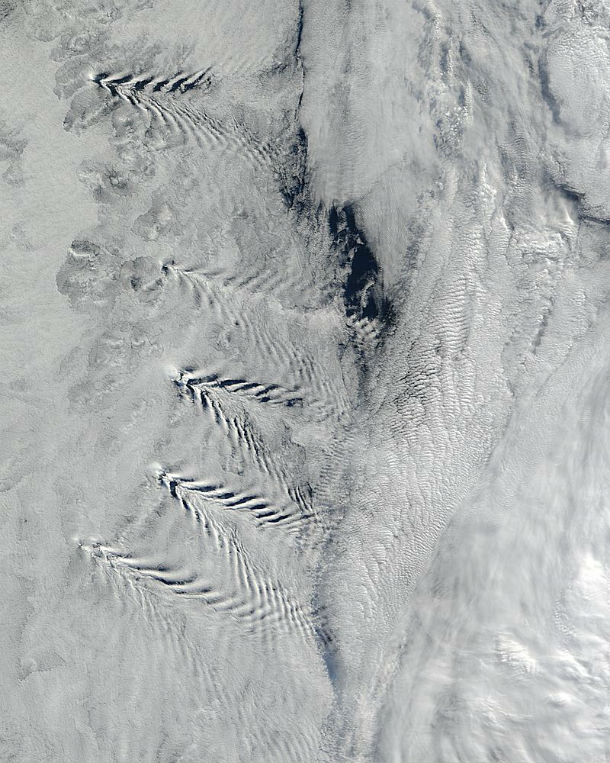 A heavy cloud cover shrouded the South Sandwich Islands in late March, 2013, hiding a smoldering volcano from view. Those same clouds, however, served as a canvas to illustrate the eruptive activity, as well as the strong winds blowing across the region. The Moderate Resolution Imaging Spectroradiometer (MODIS) aboard NASA’s Terra satellite captured this true-color image of the volcanic plume from the Mount Michael volcano on March 28, 2013. (Credit: Jeff Schmaltz/MODIS Land Rapid Response Team, NASA GSFC)

Large, highly energetic eruptions can shoot ash and gas far into the atmosphere, creating huge, dark ash-filled plumes. Mount Michael’s eruptions tend to be steady, simmering and small, emitting primarily gases and steam, and such gas-filled plumes appear bright white. Although volcanic gas itself can’t be seen, the gases in volcanic emissions can act as seeds for cloud formation. Because the aerosols (sulfates) in volcanic emissions are very tiny, the cloud droplets formed are also very tiny – substantially smaller than those found clinging to cloud-forming seeds of natural aerosols, such as sea salt or dust. Because the droplets are small, they can pack densely together, and therefore reflect more light than normal clouds. 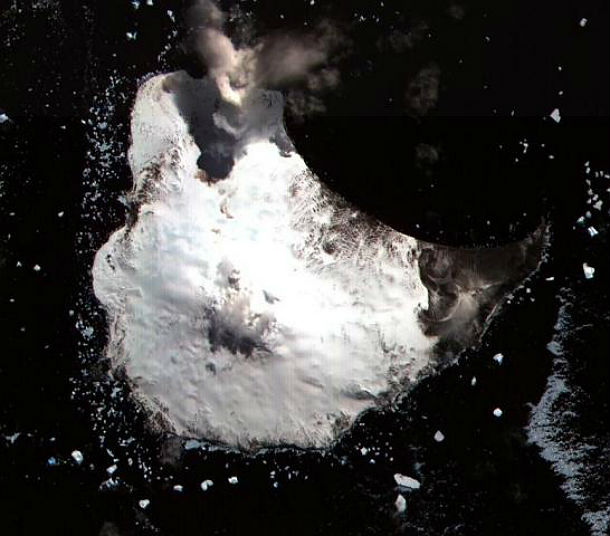 The young constructional Mount Michael stratovolcano dominates glacier-covered Saunders Island. Symmetrical 990-m-high Mount Michael has a 700-m-wide summit crater and a remnant of a somma rim to the SE. Tephra layers visible in ice cliffs surrounding the island are evidence of recent eruptions. Ash clouds were reported from the summit crater in 1819, and an effusive eruption was inferred to have occurred from a north-flank fissure around the end of the 19th century and beginning of the 20th century. A low ice-free lava platform, Blackstone Plain, is located on the north coast, surrounding a group of former sea stacks. A cluster of parasitic cones on the SE flank, the Ashen Hills, appear to have been modified since 1820. Vapor emission is frequently reported from the summit crater. Recent AVHRR and MODIS satellite imagery has revealed evidence for lava lake activity in the summit crater of Mount Michael.