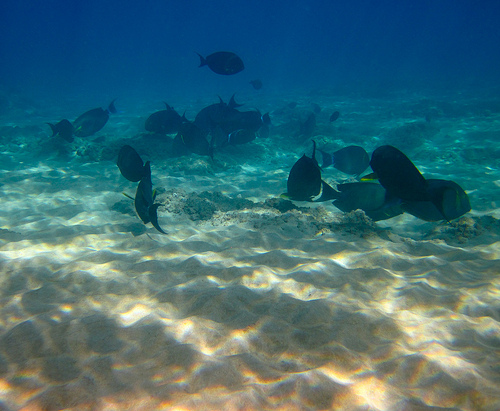 University of Maryland School of Medicine scientists have identified a peptide, or protein, derived from Pacific cod which appears to inhibit prostate cancer and possibly other cancers from spreading — a process known as metastasis. This is extremely important because people who die from cancer usually do so when tumor cells invade the surrounding tissue and migrate into the nearby blood and lymph vessels. For example, prostate cancer typically metastasizes to the bones, lungs and liver. When cancer cells metastasize to other parts of the body, they grow new blood supplies and eventually overcome the person’s organ systems, causing death.

The research, just published online in the Proceedings of the National Academy of Sciences (PNAS), is an example of a growing number of studies zeroing in on ways to fight the spread of cancer naturally. “The use of natural dietary products with anti-tumor activity is an important and emerging field of research,” Hafiz Ahmed, Ph.D., assistant professor of biochemistry and molecular biology at the University of Maryland School of Medicine and scientist at the Institute for Marine and Environmental Technology (IMET), said in a media statement.

Ahmed and his team studied TFD (Thomsen-Friedenreich disaccharide) antigen found in cod protein. TFD is hidden in normal human cells but it becomes exposed on the surface of malignant cells. Scientists believe TFD plays a key role in how cancer spreads. It turns out that fish from cold waters, such as northern cod, contain glycoproteins in their bodies that are rich in the TFD antigen, which works as a kind of natural antifreeze that keeps the fish from freezing to death in frigid waters.

To study TFD, the researchers developed a special form of TFD, called TFD100, that was purified from Pacific cod. Then, in animal experiments, the scientists found that TFD100 binds to a protein called galectin-3 (gal3). Gal3 is over-expressed in prostate cancer cells and enables cancer cells to adhere to the walls of blood vessels. It also kills activated T-cells — and that spurs cancer cells to spread throughout the body and evade the immune system.

However, the breakthrough research found that fish-derived TFD100 kept cancer cells from attaching to the vessel walls, suppressed T-cell death and boosted the immune response.

“This research breaks new ground in our ongoing quest to discover new ways to prevent cancers from metastasizing to distant parts of the body,” E. Albert Reece, M.D., Ph.D., M.B.A., Vice President for Medical Affairs at the University of Maryland and dean of the University of Maryland School of Medicine, said in a media statement. “If we could one day offer patients a natural dietary supplement, derived from fish proteins, which could help to block that process, we could have a significant impact on improving patients’ outcomes and survival.”

A naturally-derived treatment that can block the spread of cancer would be good news for countless prostate cancer patients who are now subjected to some therapies that possibly contribute to metastasis. For example, according to earlier findings also published in the Proceedings of the National Academy of Sciences by Chawnshang Chang, PhD, director of the George Whipple Laboratory for Cancer Research at the University of Rochester Medical Center, and colleagues, a common form of hormone therapy for prostate cancer can cause a revving up of prostate cell growth and may lead to a proliferation of cancer cells in the future.

Editor’s note: NaturalNews is opposed to the use of animals in medical experiments that expose them to harm. We present these findings in protest of the way in which they were acquired.