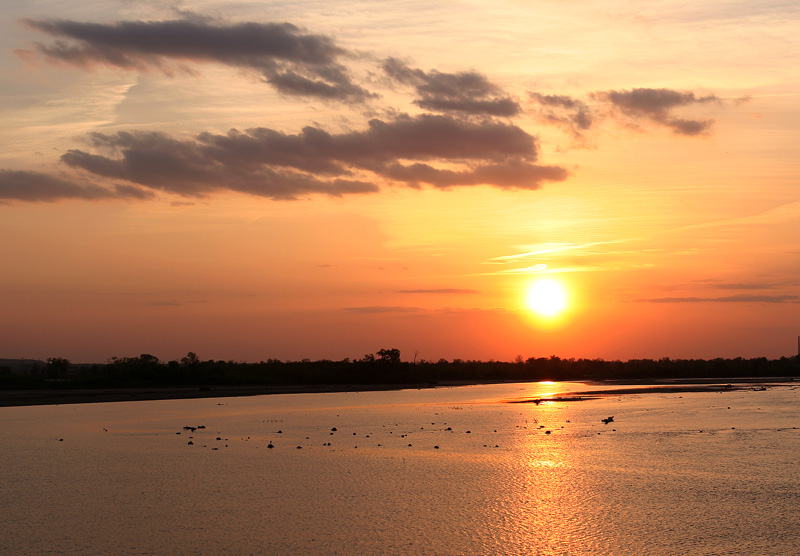 Workers at the Grand Gulf Nuclear Plant in Port Gibson, Miss., last Thursday released a large amount of radioactive tritium directly into the Mississippi River, according to the US Nuclear Regulatory Commission (NRC), and experts are currently trying to sort out the situation. An investigation is currently underway to determine why the tritium was even present in standing water found in an abandoned unit of the plant, as well as how much of this dangerous nuclear byproduct ended up getting dumped into the river. Many also want to know why workers released the toxic tritium before conducting proper tests.

The Mississippi Natchez Democrat reports that crews first discovered the radioactive water in the plant’s Unit 2 turbine building after heavy rains began hitting the area last week. Unit 2 was a partially-constructed, abandoned structure that should not have contained any radioactive materials, let alone tritium, which is commonly used to manufacture nuclear weapons and test atomic bombs (http://www.nirs.org/radiation/triti…).

According to reports, alarms began to go off as workers were releasing the radioactive storm water into the river, which engaged the stop flow on the release pump. Neither NRC nor plant officials know how much tritium was released into the river during this release.

“Although concentrations of tritium exceeded EPA drinking water limits, the release should not represent a hazard to public health because of its dilution in the river,” insisted Lara Uselding, public affairs officer at NRC Region IV, to reporters.

Such a statement, of course, is a health concern because precise levels of released tritium are unknown. Just because the radioactive substance has been diluted does not necessarily mean it is harmless, nor does it verify the substance’s source or whether or not it is still being unknowingly released. Without this crucial information, there is no telling where else tritium might be lurking around the plant and river.

A beta radioactive substance, tritium bombards cells and damages DNA when inhaled or swallowed, and can persist in the body for more than ten years upon exposure. Its perpetual effect on cells can lead to all sorts of serious diseases, including, but not limited to, gene mutations, birth defects, and cancer.