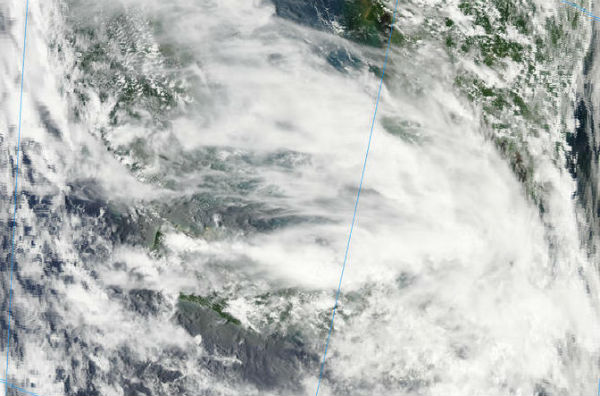 The second tropical depression of the northwestern Pacific Ocean season formed on February 19, 2013 and the system is soaking the central and southern Philippines. Early on February 19, 2013, the low pressure area designated as System 98W organized into a tropical depression and was renamed “02W.” Tropical Depression 02W formed south of Mindanao, the Philippines. TD02W is referred to locally in the Philippines as “Tropical Depression Crising.” TD02W is currently experiencing moderate vertical wind shear, as high as 20 knots (23 mph/37 km/h) which is keeping the depression from getting better organized. That is expected to change, however, once TD02W moves west into the South China Sea. 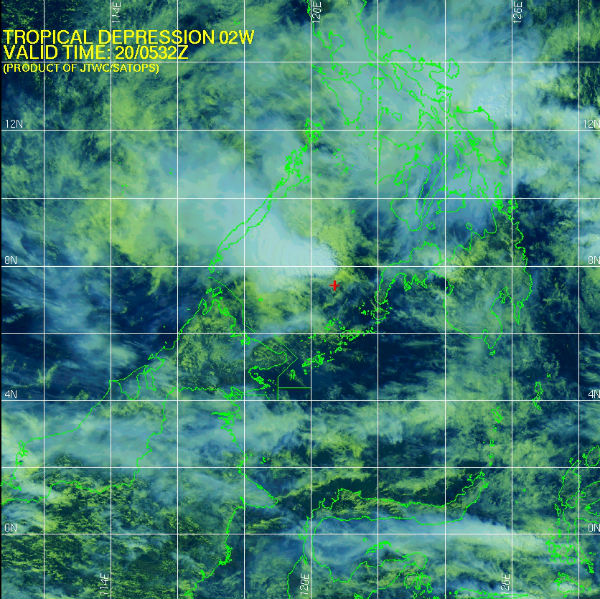 NASA’s Aqua satellite passed over Tropical Depression 02W (TD02W) as it was coming together and soaking provinces in Mindanao and the Palawan province of Luzon. The Atmospheric Infrared Sounder (AIRS) instrument that flies aboard Aqua/MODIS satellite recorded very cold cloud top temperatures, colder than -52C (-63F) over Mindanao and stretching west to Palawan. Cloud top temperatures that cold are indicative of the potential to drop more heavy rainfall. AIRS infrared satellite imagery showed a very poorly organized and ill- defined low-level circulation center. The convection (rising air that forms thunderstorms that make up the depression) appears disorganized in the northern quadrant of the storm. 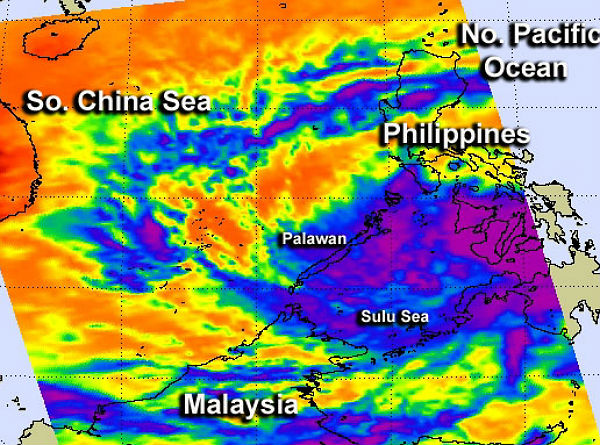 NASA’s Aqua satellite passed over Tropical Depression 02W as it was coming together and soaking provinces in Mindanao and the Palawan province of Luzon. This infrared AIRS image from 12:41 a.m. EST on Feb. 19 showed strong storms (purple) over Mindanao and stretching west to Palawan. (Credit: NASA JPL, Ed Olsen)

TD 02W is forecast to continue tracking westward under the steering influence of the dominant subtropical ridge and will take a slight west-southwest track past tau 24 due to the low-level northeast flow in the South China Sea. The system is expected to struggle to maintain intensity under the marginal upper-level environment and the cool, dry air associated with a persistent northeast surge event in addition to land interaction as the system passes close to southern Palawan. 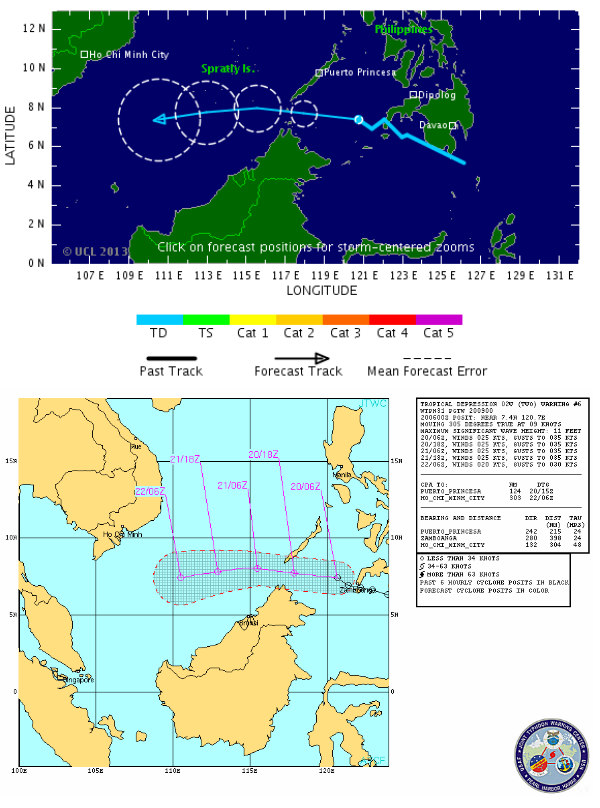 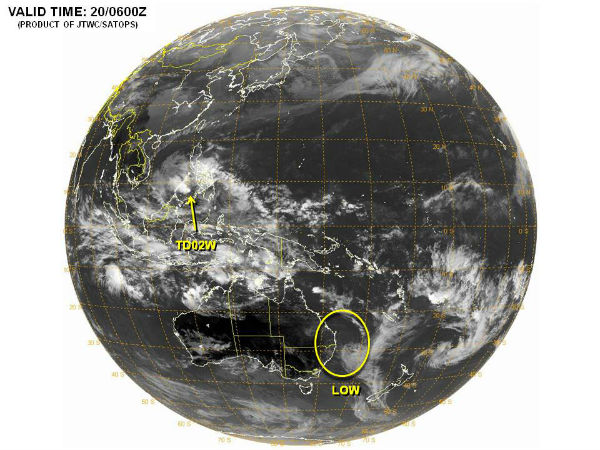