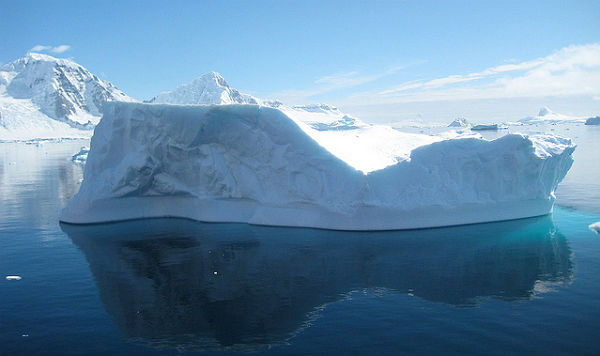 A giant ice cap up to 3,800 meters (2,36 miles ) thick covers about 99 % of the Antarctic continent, and under the layer of frozen water lays continental crust. Researchers  analyzed seismic data from the South pole to create a new most detailed map showing the variations in the thickness of Antarctica’s crust in 1 degree by 1 degree resolution.

The research team led by Alexey Baranov, a geophysicist with the Russian Academy of Sciences, modeled Antarctica’s crustal thickness by looking for the boundary between the Earth’s crust and its mantle which represents seismic boundary called the Moho, or the Mohorovičić discontinuity. This geophysical boundary is relatively easy to found because primary seismic waves (P-waves) change speeds sharply when they reach the Moho. Across the entire continent, the Moho has an average depth of 33.8 km (21 miles). The West Antarctic Rift System is the largest rifting zone in the world, and the Transantarctic Mountains are the planet’s largest known range of noncollisional mountains, or mountains formed when a continental tectonic plate slides over an oceanic plate. 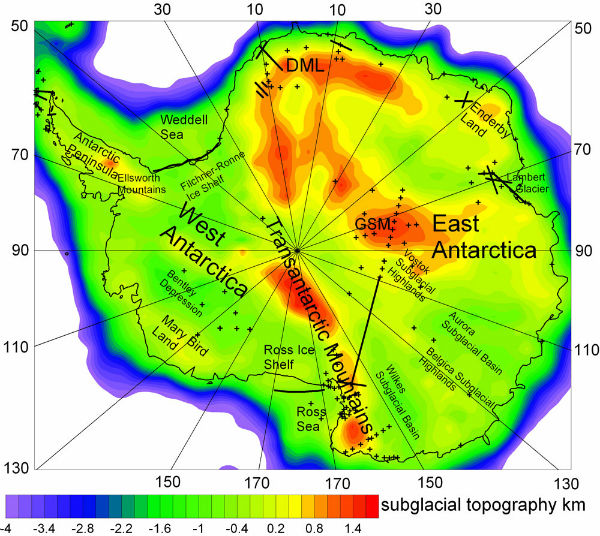 A map of Antarctica with the relief of the terrain below it’s ice as indicated by seismic data. Abbreviations: DML, Dronning Maud Land; GSM, Gamburtsev Subglacial Mountains. (Credit: Baranov, A., Morelli, A./Tectonophysics)

According to new study, Antarctic’s oldest continental crust ranges from 36 to 56 kilometers (22 to 35 miles) deep while the youngest continental crust, which is found in the West Antarctic Rift System, reaches depths of 16 to 28 km (10 to 17 miles). The new crustal thickness model of Antarctica differs from previous estimates by up to 24 km (15 miles), or about 30 percent, because it includes a lot of data that wasn’t incorporated in previous models. 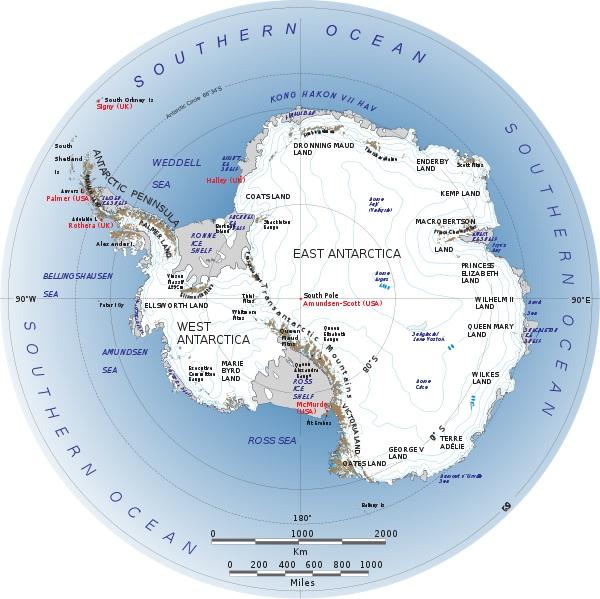 The Antarctic continent has several ancient stable chunks of continental crust or cratons, preserved for billions of years, along with mountain belts and rifts (areas where the crust is being pulled apart) all almost completely covered by ice.