The 9.0-magnitude earthquake that rocked Japan on Friday (March 11) and sent a tsunami travelling across the Pacific Ocean had another long-range effect: It momentarily caused a glacier in Antarctica to speed its flow, researchers have said.

The Whillans glacier, effectively a stream of ice, in West Antarctica appears to have been nudged along in its slow flow by the seismic waves of the earthquake, which radiated across the globe.
Normally, the glacier slides only about 3 feet (1 meter) per day, but in a strong slip event, such as the one triggered by the earthquake, it can rapidly move about 1.5 feet (0.5 m). 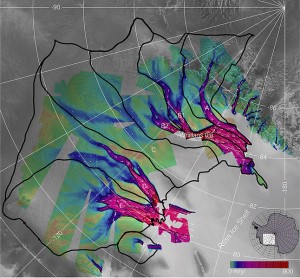 Previous work of scientists showed that the ice stream speeds up about twice a day, with each event lasting only about 30 minutes. But GPS data analyzed on Monday showed that one of these events happened earlier than expected — at exactly the time the seismic waves emanating from the earthquake in Japan would have hit Antarctica. And this earthquake isn’t the only major one to have a discernable effect on the glacier’s movement — last year’s 8.8-magnitude earthquake off the coast of Chile had a similar effect. Large earthquakes are known to create seismic waves which can circle the planet several times before dying down.

The Whillans ice stream drains ice from the West Antarctic Ice Sheet into the Ross Ice Shelf. The ice stream is the subject of different glaciological studies, one of which is looking at subglacial lakes that researchers believe may be speeding the movement of the ice as they periodically fill and drain. The Whillans Ice Stream releases two bursts of seismic waves every day, each one equivalent to a magnitude 7 earthquake. The data show that the river of ice moves about a half-meter within ten minutes, remains still for 12 hours, then moves another half-meter. Each time it moves, it emits seismic waves that are recorded at seismographs around Antarctica, and even as far away as Australia, a distance of more than 6,400 kilometers. 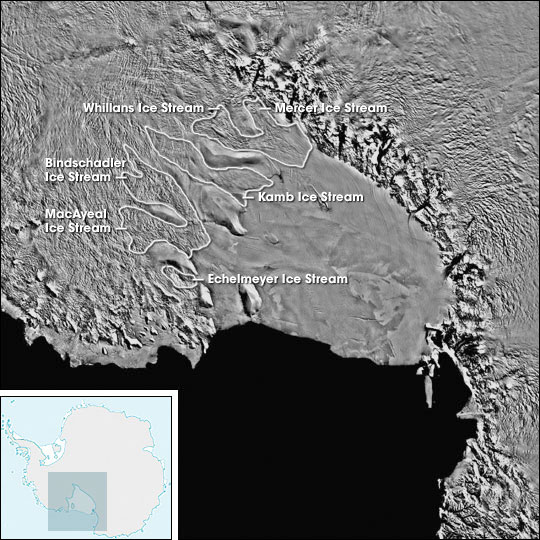